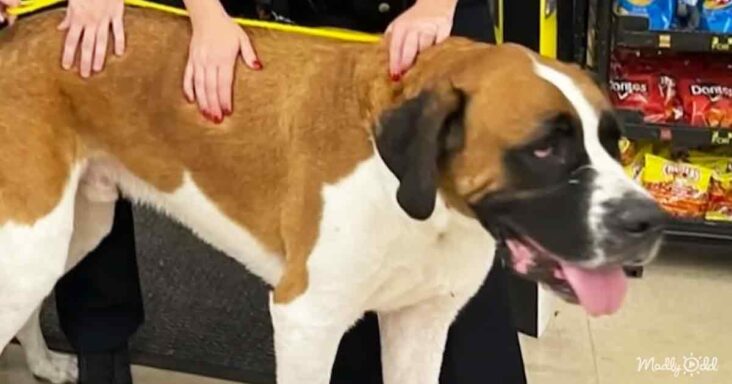 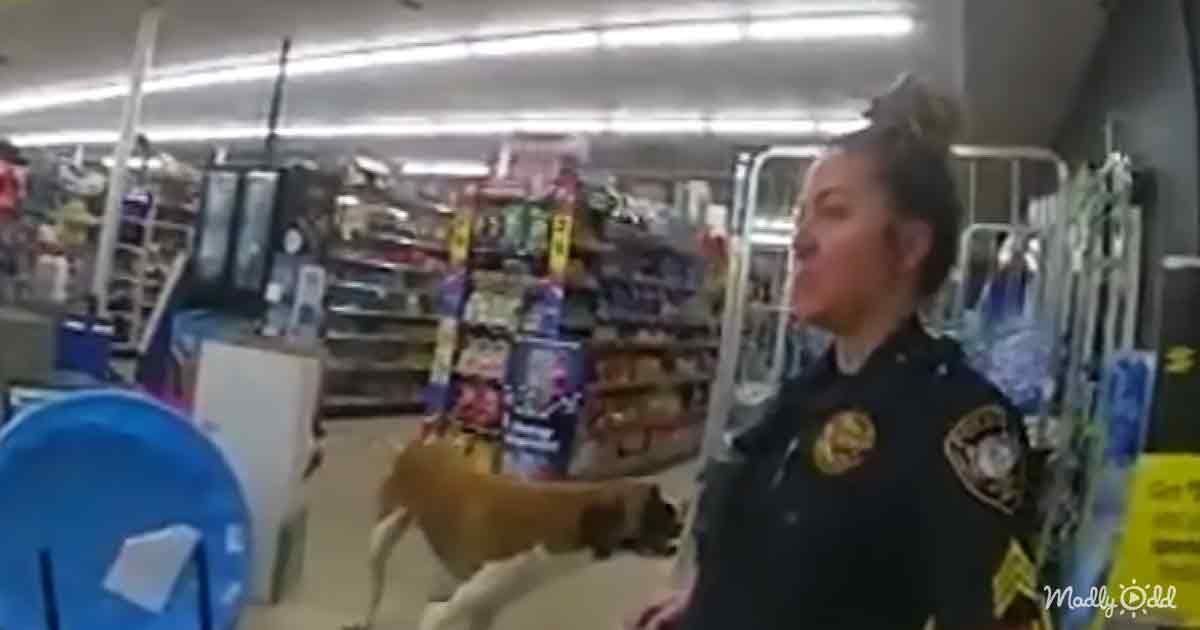 The storekeepers were forced to ask the Bradenton Police Department for help. Officers immediately responded to the call and reached the store to help the clerks remove a 135-pound dog from inside the store. Although the dog was harmless and moved from one side of the store to another, he refused to leave.

The dog’s name was Bentley. Unfortunately, getting the dog to exit the store proved to be a massive challenge for the cops. The first officer to reach the scene tried to use his leg restraints that were not big enough for Bentley. 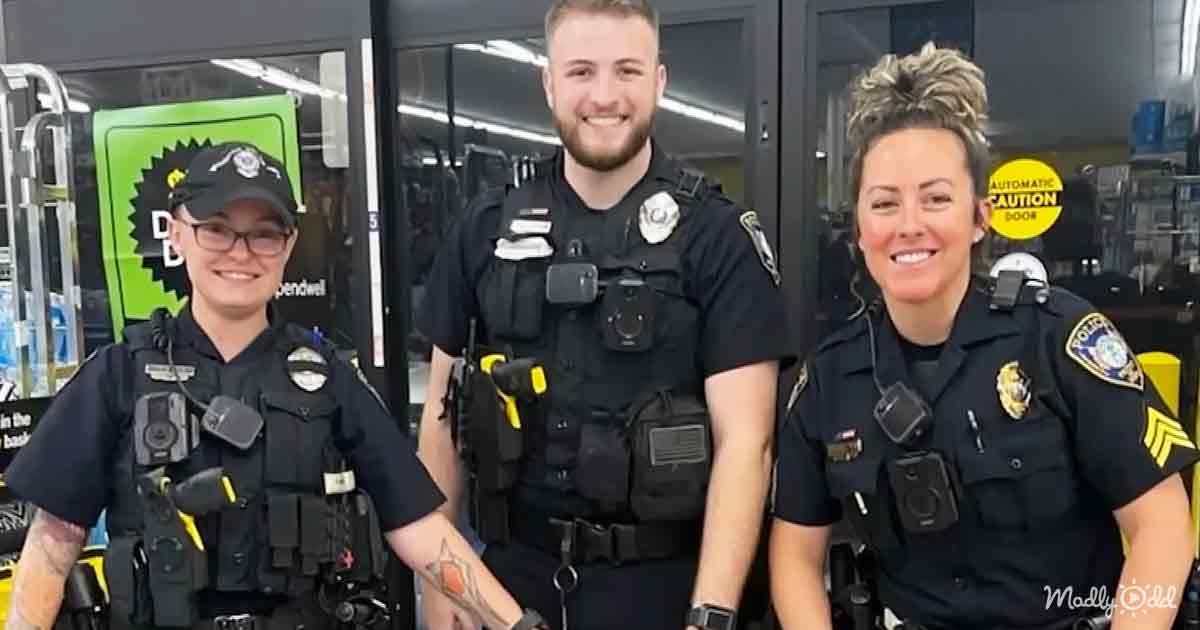 The storekeepers needed to close up for the day. Unfortunately, with the dog still inside, they couldn’t do so. According to a store clerk, Bentley walked into the store independently. They tried to get him out but failed.

They feared that if they let him go, something terrible might happen to Bentley. One of the officers determined that Bentley’s size and how clean he was proved to be a house dog. 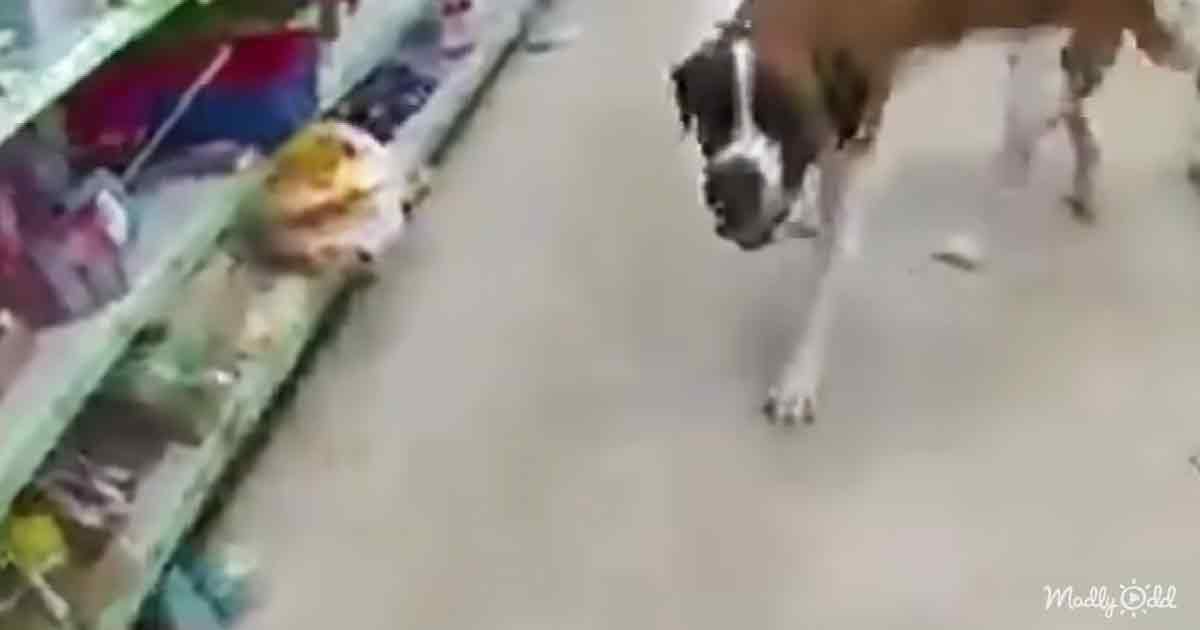 Finally, it took some human backup and a much bigger collar to get Bentley out of the store. First, however, the officers took some photos to remember the moment before they took Bentley out.

Bentley had a microchip that helped the officers reunite him with his family. While they waited for the owner outside the Dollar store, a car drove in, and the dog’s owner stepped out. The officers told the owner that the dog was shopping at the store. 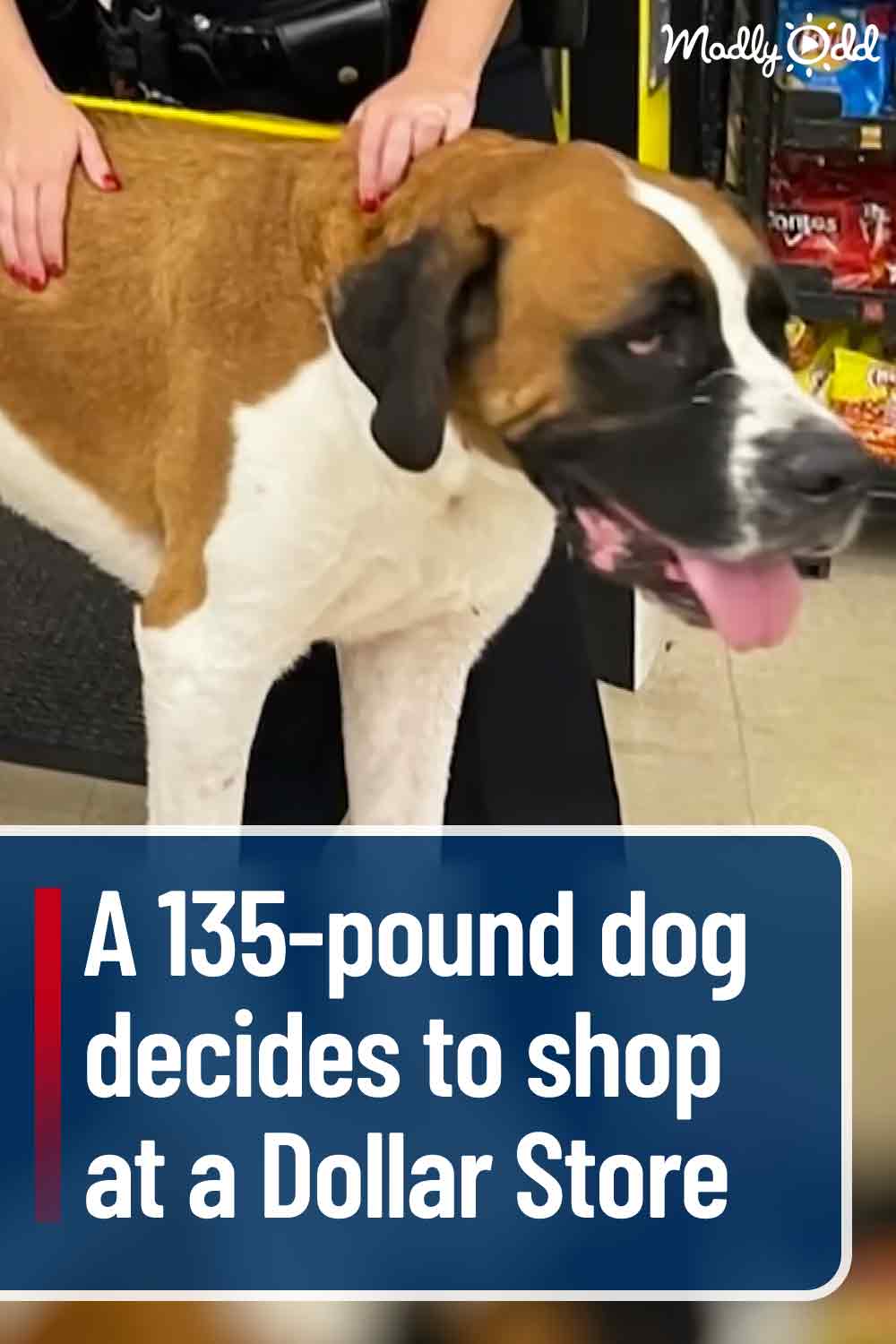