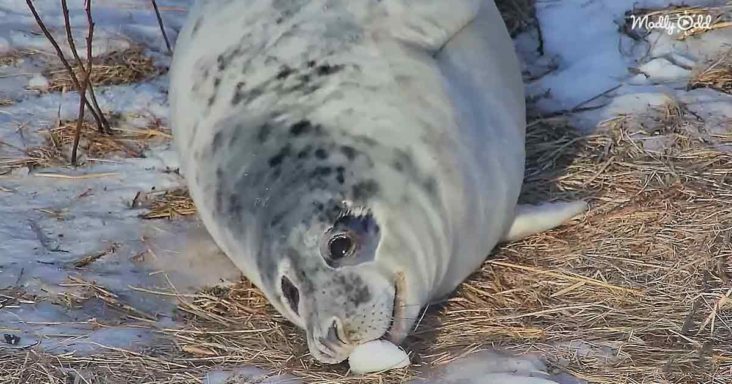 Gray seals are usually found on the shores of the North Atlantic Ocean and are often referred to as proper seals or earless seals. The adorable sea creatures give birth to only one pup each year. 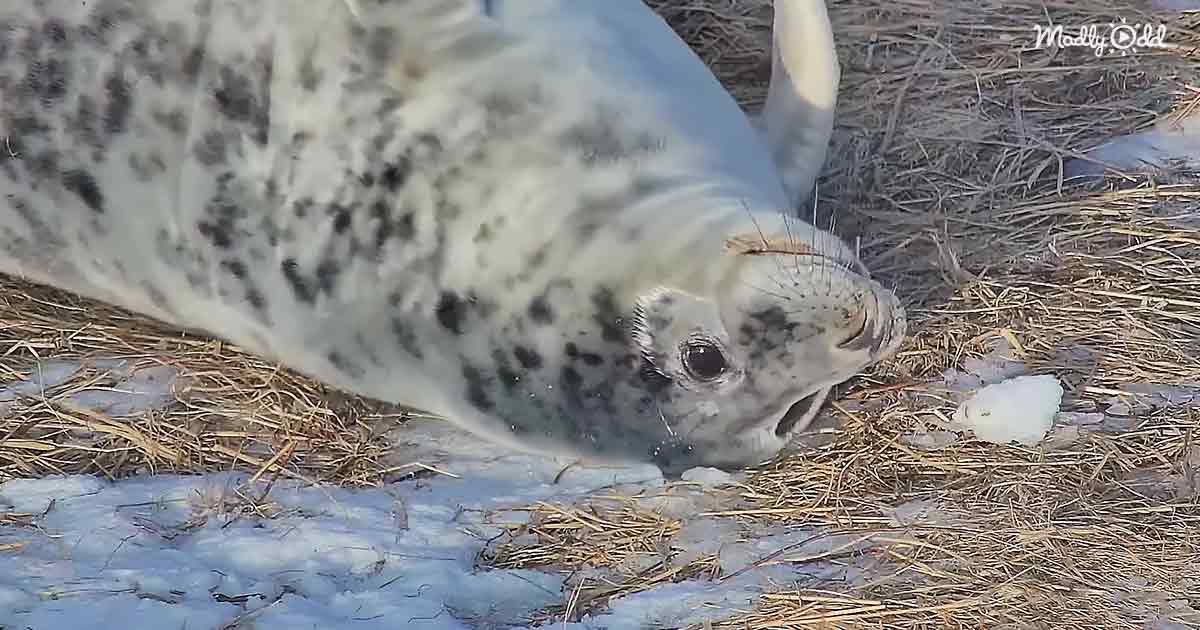 Recently, one such pup was found having fun in the snow. The baby gray seal was very playful, and his weight increased in leaps and bounds. In addition, the marine baby animal was inquisitive and interested in playing with the snow.

The plump baby seal found a little snowball to play with and even tried to chew at it to get the taste of the snow. Finally, the little one turned around and rested on his back as if the adorable being wanted to look at the vast sky. 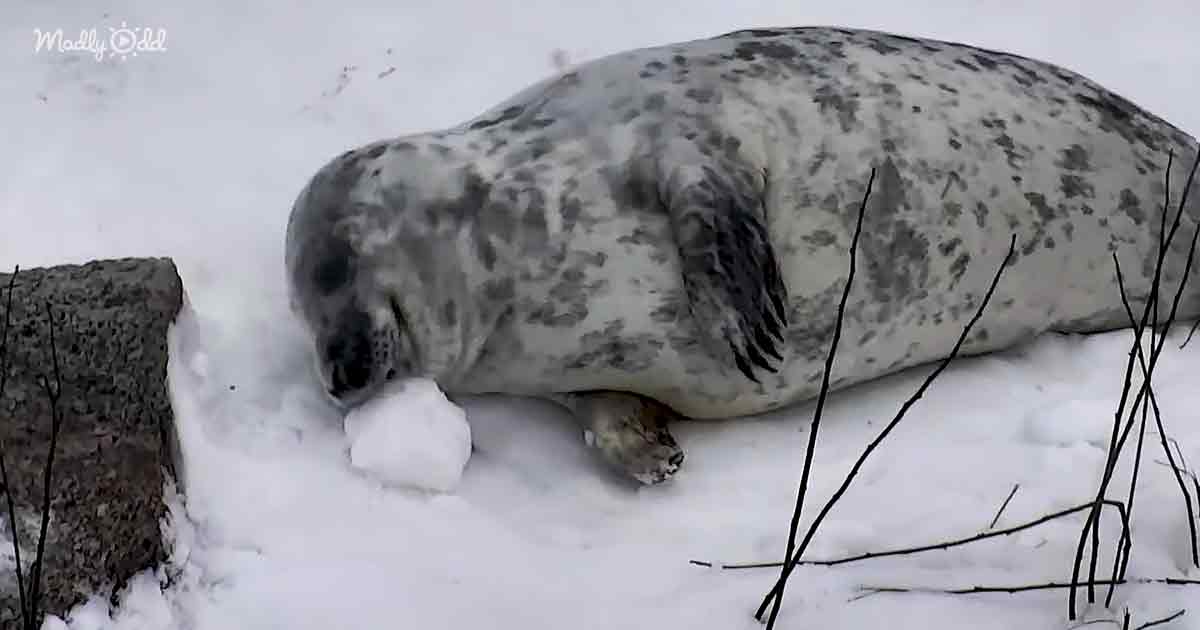 However, the little one went back to his original position after some time and started playing with the snowball again. But unfortunately, he was much more interested in his toy than looking around the beautiful surroundings.

He nudged the snowball with his nose and tried to move it around. Although he rolled on the ground, the baby animal continuously stared at the snowball. After a while, it seemed as if there was fresh snowfall. 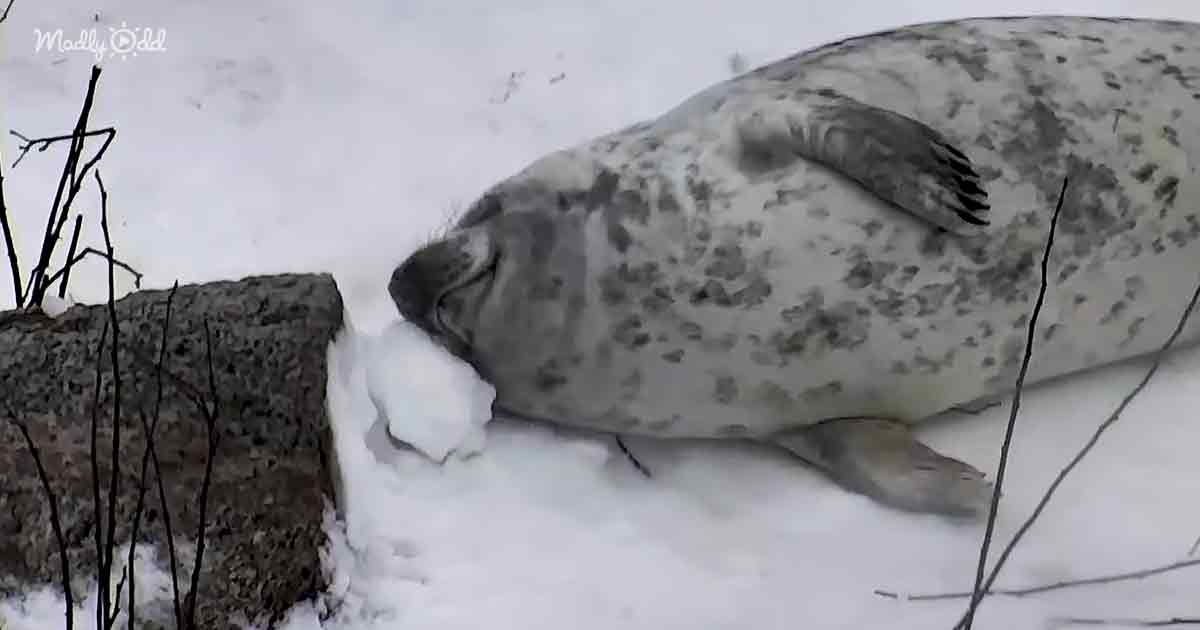 The ground was covered with white snow, and the baby gray seal looked beautiful as he tried to customize his snow toy’s size. The little one kept on rolling the ball of snow on the ground.

In the process, the little one increased the size of the snowball. Now the cute animal had a bigger toy to play with. The baby seal looked happy and content after creating a masterpiece.