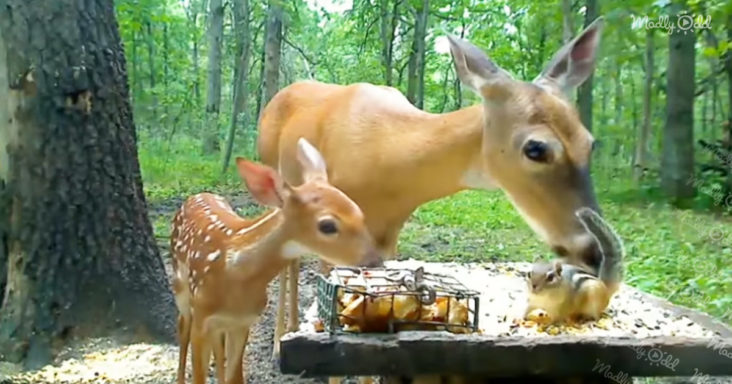 The best friendships might sometimes turn out to be very unusual and could be as evidenced by the animal kingdom.

When it comes to the animal kingdom, sometimes nature can be as adorable as a Disney movie. Let’s take a look at this chipmunk, fawn, and doe becoming best friends!

It was quite the woods evening feast; the two deer managed to find a table with food on it – most likely left by the person who filmed the video. 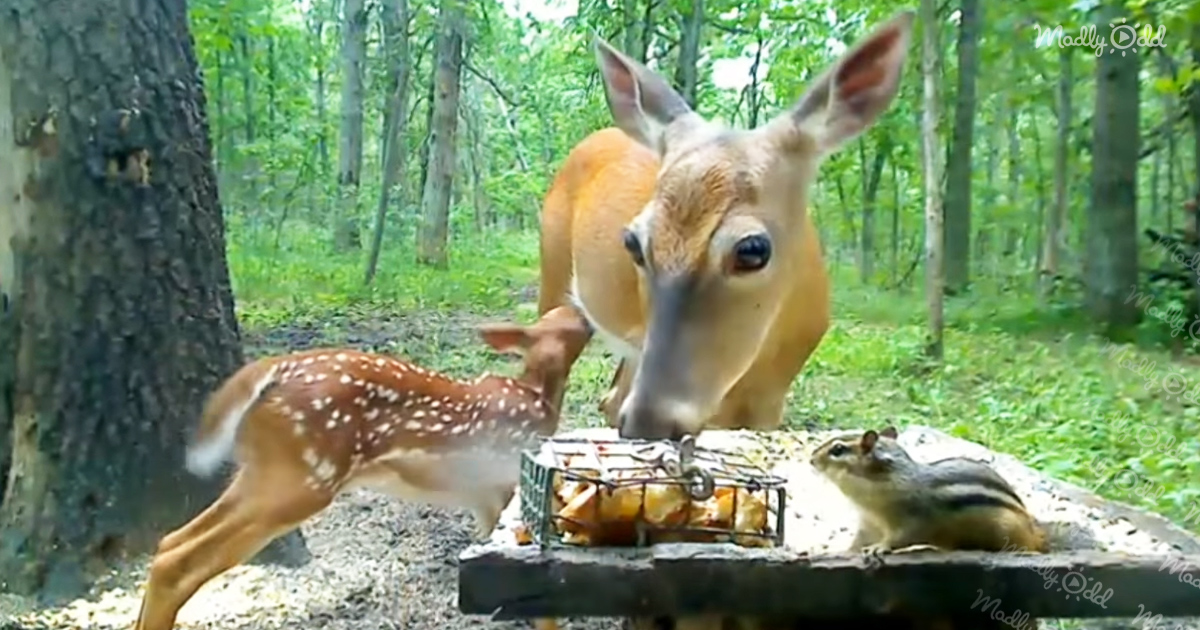 This doe and a lovely fawn soon found their way to this delectable supper because there was some nut on the table with a pungent smell.

On the table, there’s got to be a container filled with some nuts. The chipmunk didn’t appear too interested in the goodie placed in front of him.

At first and instead tried a few of the other nibbles that were available. The chipmunk then ate with the doe and fawn-like a real family.