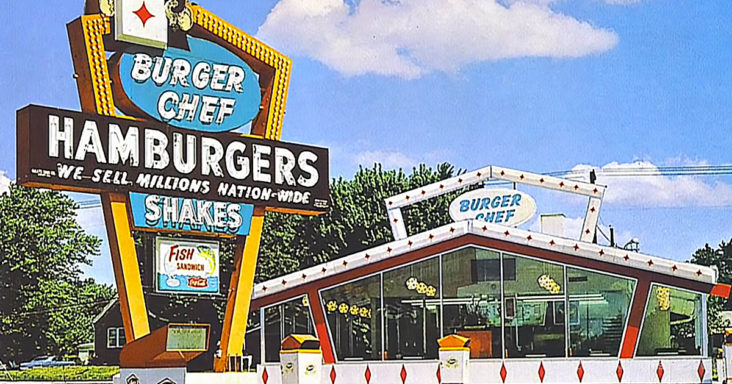 Back in the days before McDonald’s ruled the world, there was a great burger joint called Burger Chef.

If you were looking for a great burger in the 1960s and 1970s, there was one place you wanted to go – Burger Chef. Featuring flame-broiled burgers and delicious milkshakes, Burger Chef quickly rose to prominence as a national burger chain.

It was popular among teens who wanted a cheap place to eat and hang out after school, as well as families young and old. To capture the attention of their youngest customers, Burger Chef even created ‘Funmeals.’ 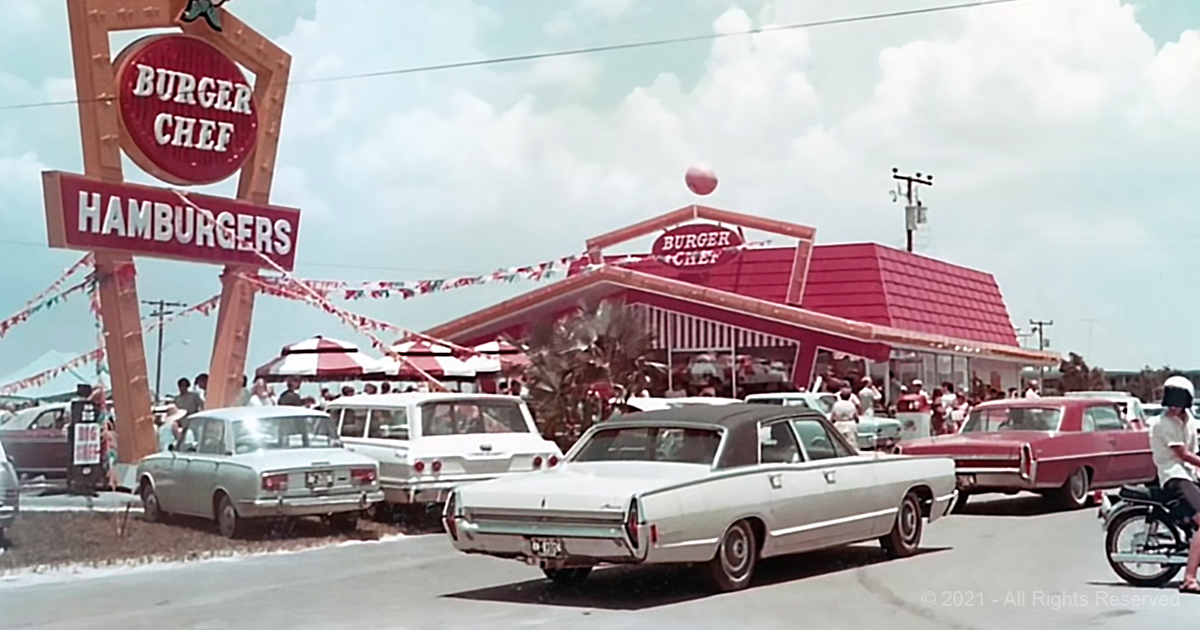 These child-sized meals came with a burger, fries, and a small toy. The idea was so popular that it was eventually taken by McDonald’s and released as their own ‘Happy Meal.’

Still, there was something special about walking into a Burger Chef, smelling the fries going on the back burners, tasting the delicious flame-broiled burger.

Unfortunately, competition with other major burger chains and over-expansion led to the demise of Burger Chef. Today, the restaurant lives on in the fond memories of its most loyal customers.