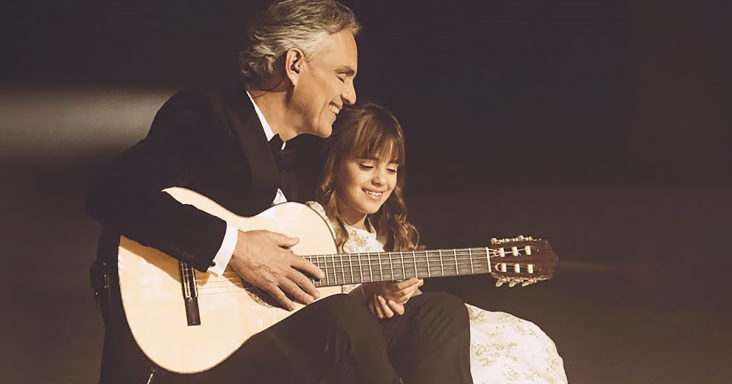 Andrea Bocelli is loved and respected all over the world. His soaring tenor voice has graced many stages and entertained millions of people. He has decided to remove all distractions for this heartfelt performance with his eight-year-old daughter, Virginia. 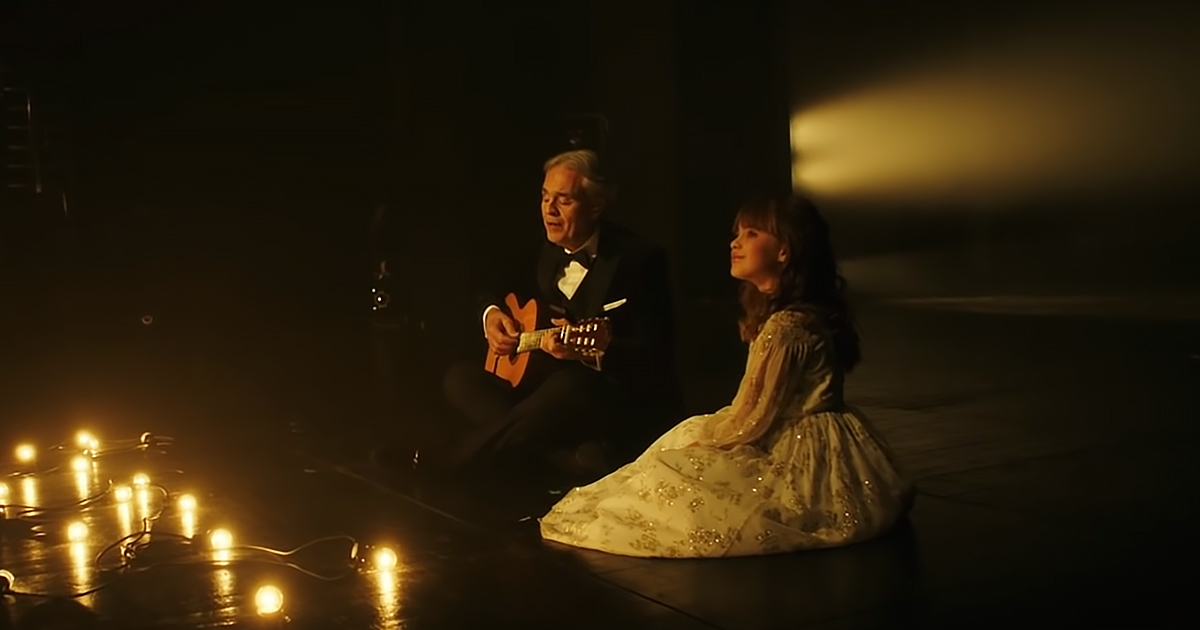 The ‘Teatro Regio di Parma’ stage was emptied, and the seats were not filled. Andrea sits down with his daughter to sing Leonard Cohen’s beautiful song ‘Hallelujah.’ Virginia brings her father a guitar, and he asks if it is tuned up.

Andrea begins on guitar, and his daughter sings the first verse. Then, Andrea begins a verse in Italian. The full orchestra begins playing along in this fantastic rendition. Virginia’s mother appears from the balcony in a red dress as the only spectator. 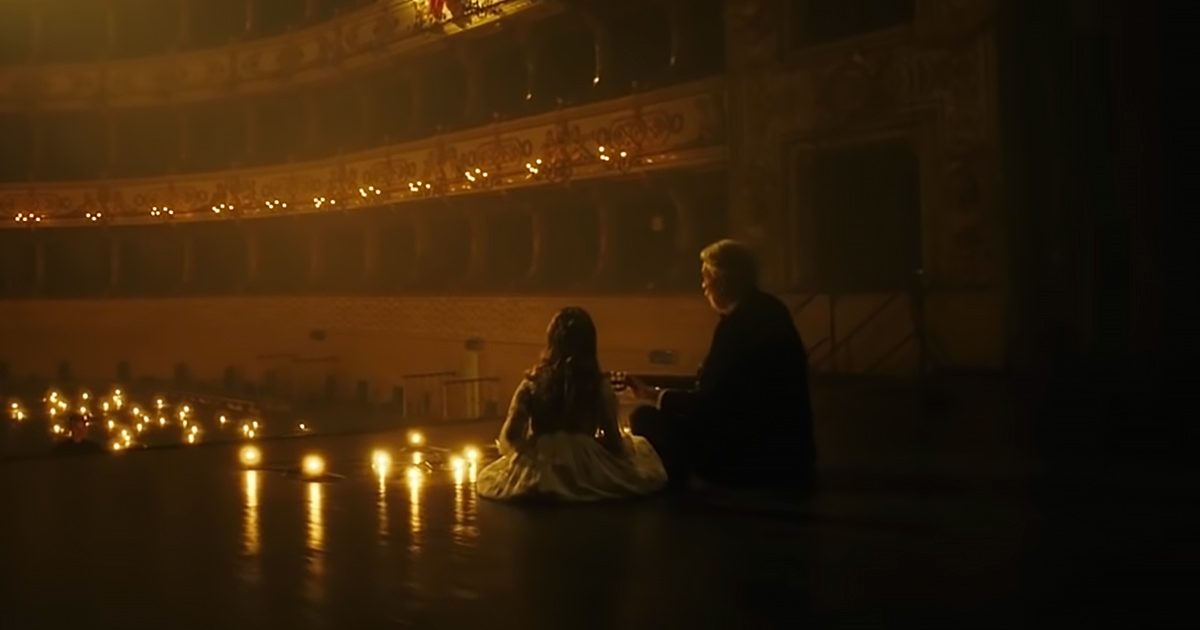 Bocelli has been completely blind since the age of 12 following a soccer accident. He achieved stardom after winning the 44th Sanremo Music Festival in 1994. He has recorded 15 albums featuring classical and pop hits while selling 75 million records.

His album ‘Sacred Arias’ is the biggest selling classical album by a solo artist in history. He is a living legend in the world of music. Bocelli has achieved tremendous success as an artist over the years. 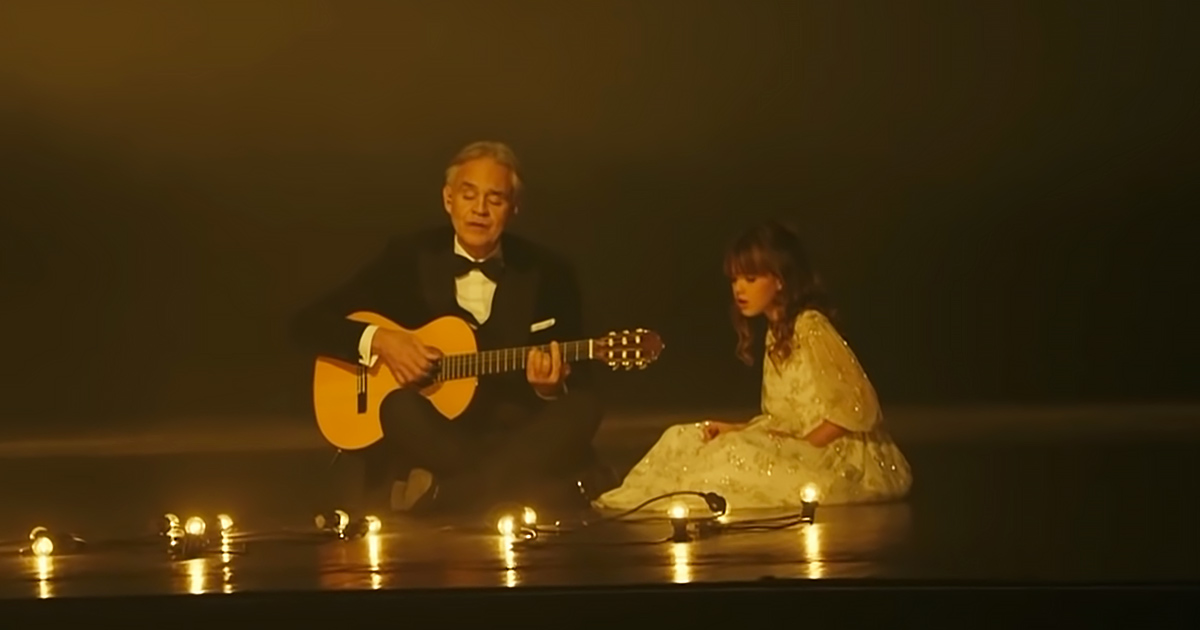 This performance is one of his most touching recorded moments, as he delivers ‘Hallelujah’ with his young daughter at his side. Her voice sounds terrific throughout, and the two harmonize beautifully together.

Many fans have commented that the performance brought them to tears or comforted them in a time of need. Andrea and Virginia sing with such emotion and conviction it is hard not to be moved by it.