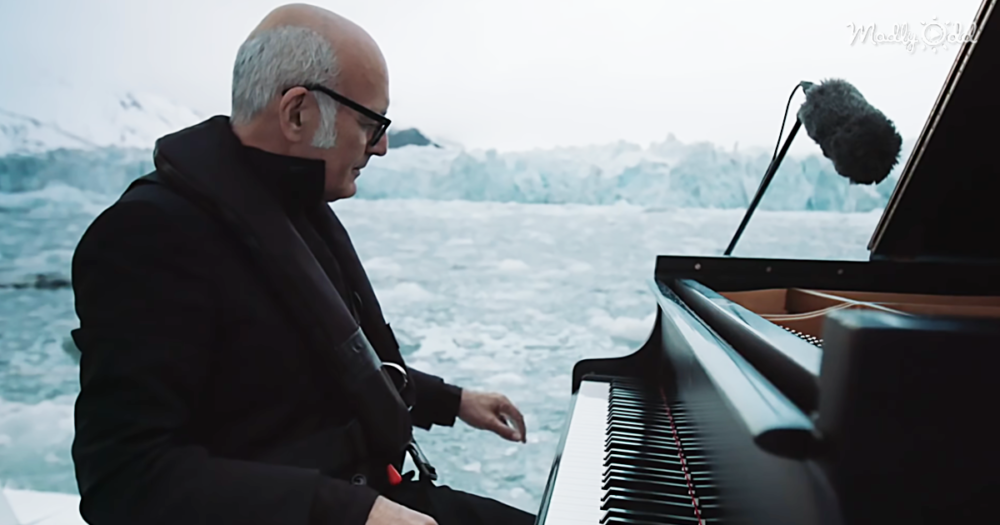 We are living in an era where we are used to performers acting on green-screen and then being placed quite stunningly, among either surreal computer graphics or stunning videography from remote and isolated places in the world. When watching this video of the worldwide acclaimed pianist Ludovico Einaudi, playing a piece of music he composed himself, one might make the grave mistake of thinking that this is one of those incredible 3D green-screen effects.

Nothing can be further from the truth. Working in close collaboration with Greenpeace, Einaudi composed this piece called ‘Elegy for the Arctic.’ The word “elegy” refers to a sad poem, which is usually written to express sorrow for someone who died. Considering the parties involved, and Einaudi’s piano standing on an artificially made drifting iceberg, one now realizes the depth of the music and the real message of the video. 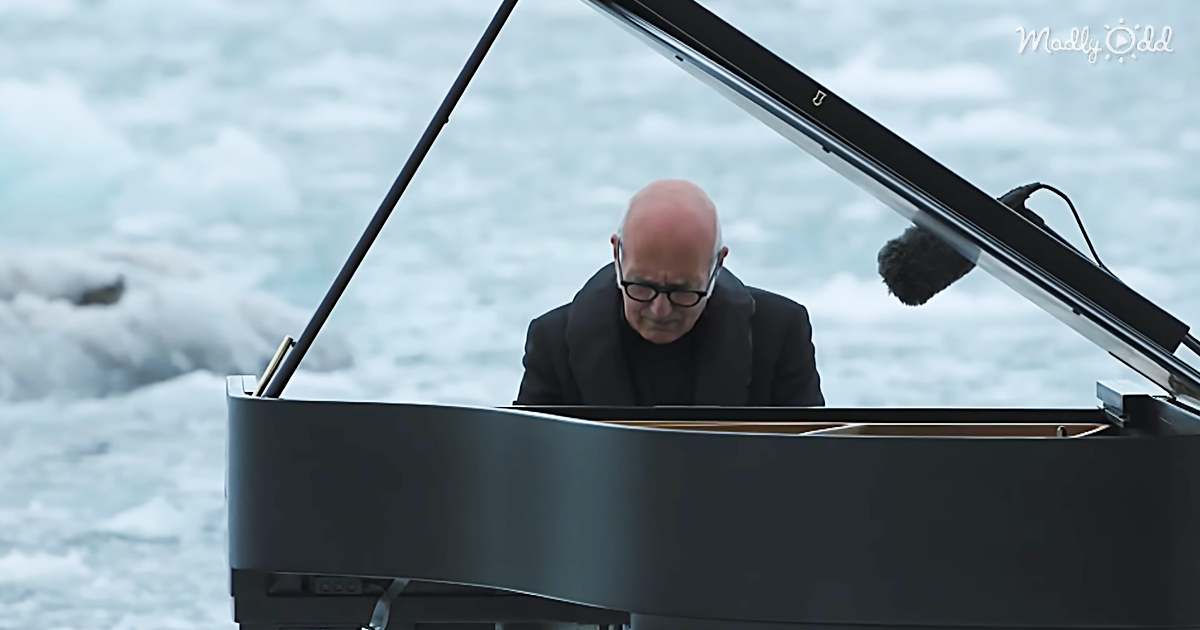 To make the video, the pianist had to hitch a ride with the Greenpeace ship Arctic Sunrise. The platform with the real piano was lowered in the ice-filled ocean right in front of the breathtakingly beautiful surroundings of Wahlenbergbreen glacier in Svalbard, Norway. As he plays, real chunks of ice calve off the glacier and with crackling sound lands in the water. No special effects.

The massive effort and expenditure was made by Greenpeace Spain, as part of the ‘Save The Arctic’ campaign, which aims at generating awareness and encouraging world leaders to protect and safeguard the future of the Arctic. The end of the piece is left open-ended, leaving space for an unknown ending. The insertion of out-of-place seagulls flying by the drifting pianist encapsulates the potential future. Was all this effort worth it? “The answer, my friend, is blowin’ in the wind.” 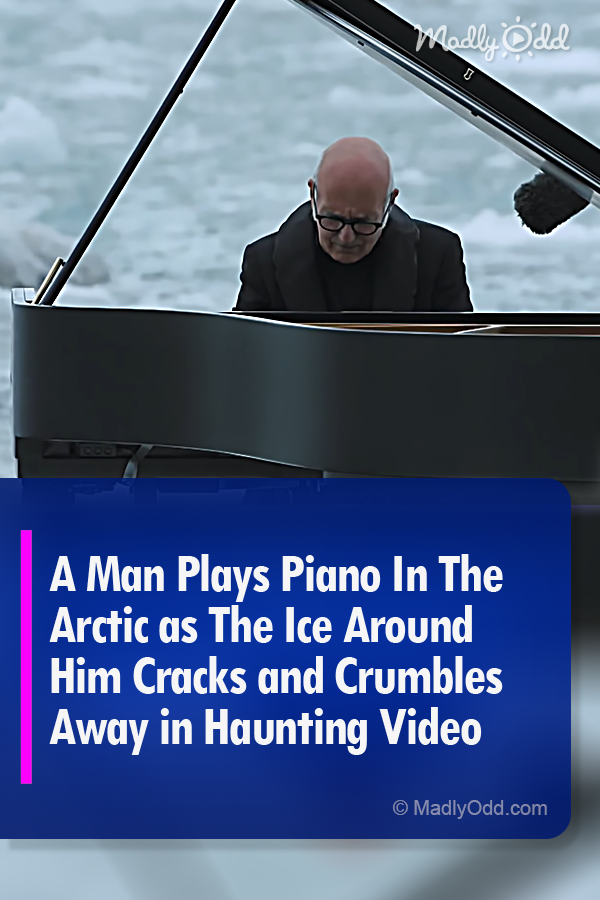