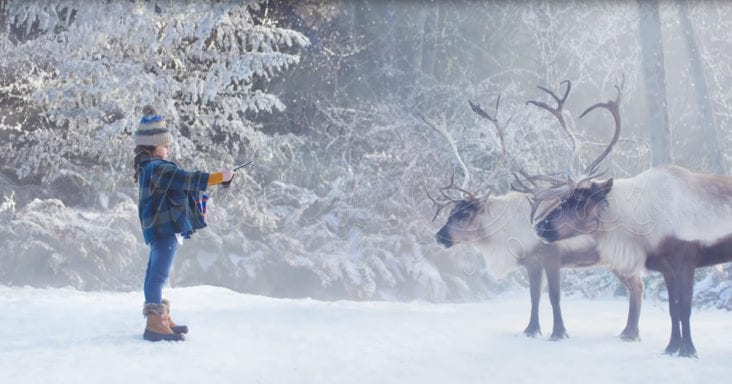 This endearing holiday ad opens on 6-year-old Lucy watching her mother make a sales call using her Microsoft tablet. On the other end, a client speaks Japanese to her but the tablet automatically translates it and delivers it in English.

Her dad walks up to her and notices she thinks it’s cool to watch. Then he tells her that the people on the other end of the call are speaking Japanese to her mother and the tablet is translating it so that she hears what they’re saying in English. Lucy glances at the tablet, intrigued.

Then, she tries to keep entertained. She plays with her toys and stares into a snow globe, but mostly she sits at the window with her dog, staring dreamily and bored at the snow outside her window. Her eyes light up when she sees something.

Without missing a beat, Lucy grabs the tablet her mom has abandoned in the living room and pulls on all of her winter gear. She brings the dog and the tablet with her outside into the snow and carefully steps towards two large reindeer in the yard.

“Can you understand me?” she asks. She thrusts the tablet towards the animals cautiously. They grunt in response. “Yes, I can understand you,” a robotic voice replies from the tablet.

“Okay,” she says. And then Lucy does what any other kid would do: she starts asking questions. And a lot of them, too. The reindeer don’t even get a chance to answer before the commercial closes out. 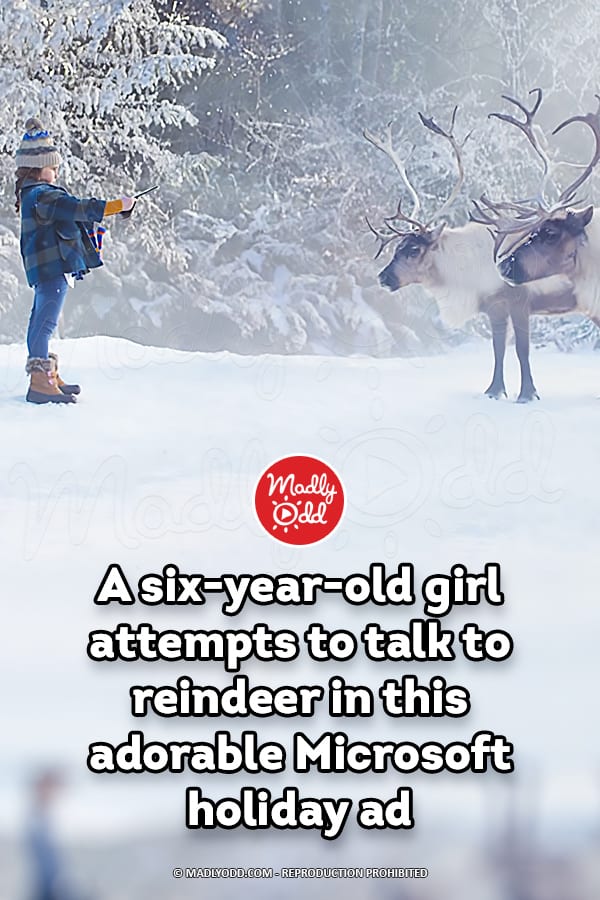