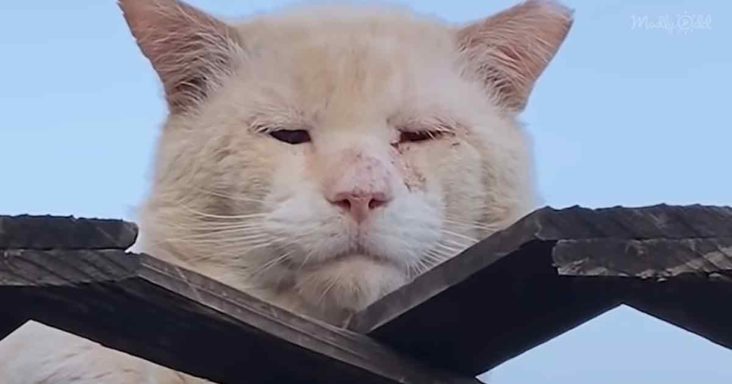 A stray cat named Sad Boy lived on the roof of a woman’s house. The lady was very kind and was an animal lover, so she decided to take care of him. However, a Tabby cat, Lola, who started living with him, was very protective of him. If Lola perceived anything as a threat, she would jump right in front of him. She stared daggers at the kind woman wanting to get close to her boyfriend. 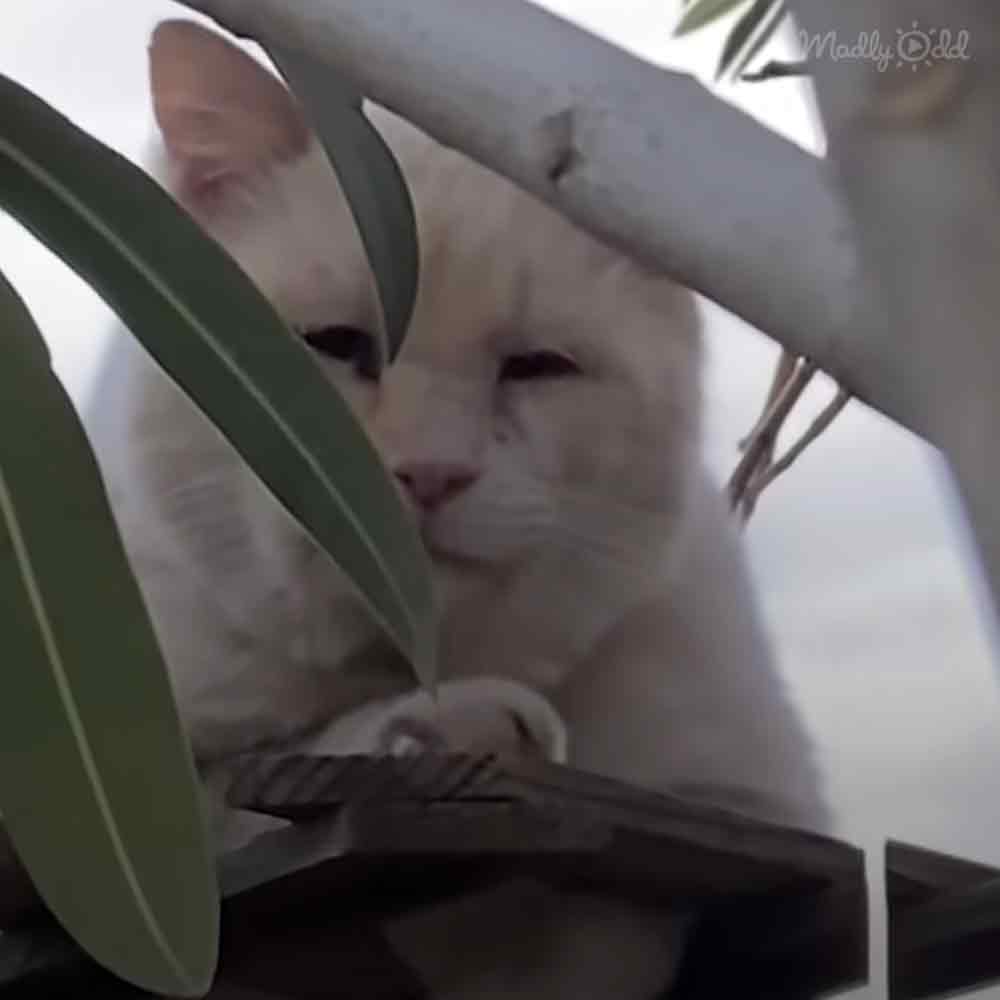 The Tabby cat was the protector and would do anything to protect Sad Boy. Whenever the woman took pictures of the white cat, Lola would suddenly sneak behind Sad Boy. She would then put herself right in front and stare at the lady as if she wanted to ask her, “What are you doing there?”

Lola would jump in front of Sad Boy as if the woman was the paparazzi and she was the bodyguard. Lola was very protective of her boyfriend. She did not let him go anywhere alone ever. The first time the kind woman saw Sad Boy was when she went outside in her yard. She looked up, and this massive white cat looked down at her. 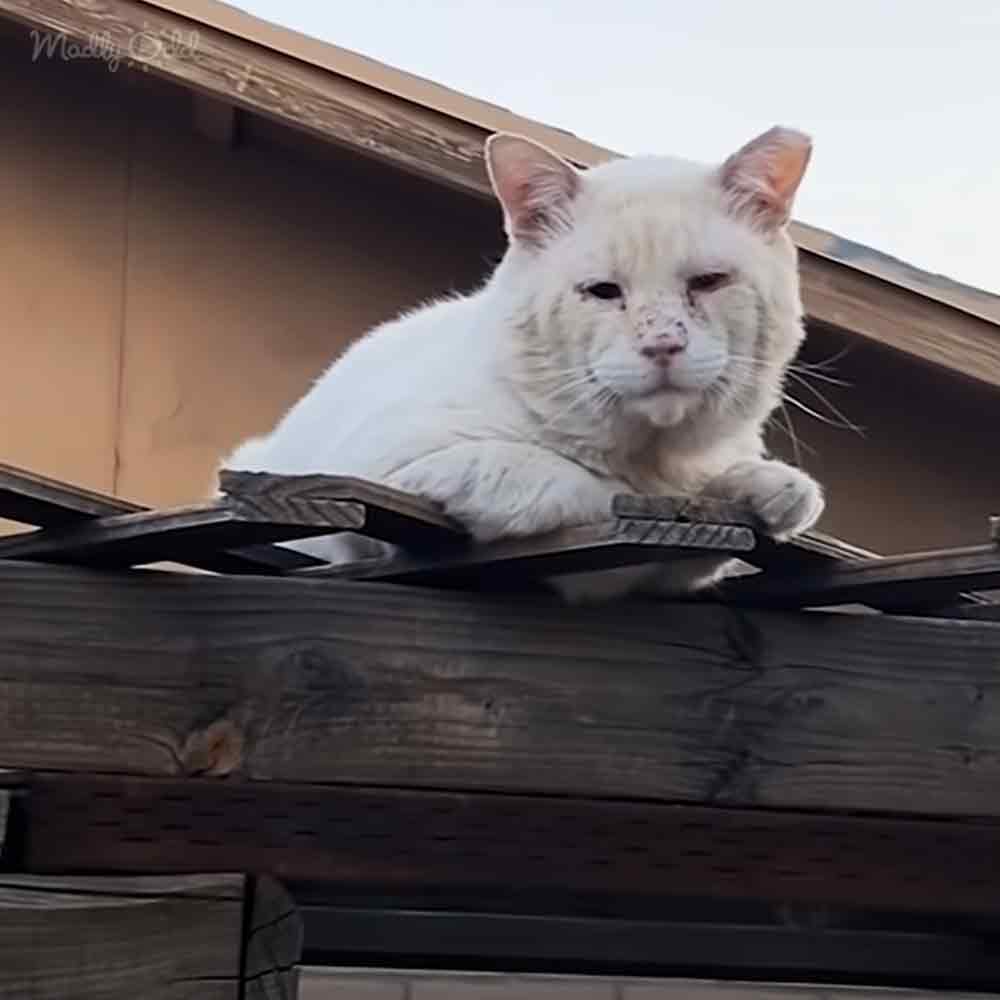 The cat was very calm, but he wasn’t friendly and kept his distance from her. He was allergic to mosquitoes, and so he had some redness and scarring on his nose. However, the woman helped him get the proper treatment for it. After that, it was genuinely late for Sad Boy to try indoor life. The first time the kind lady saw Lola was in her neighbor’s yard.

They got her spayed, and after that, she came to their house regularly. This was when the woman was able to trap her to try indoor life. She moved in with a foster. Of course, no one knew that Sad Boy and Lola shared the same bond; otherwise, they would not have separated. 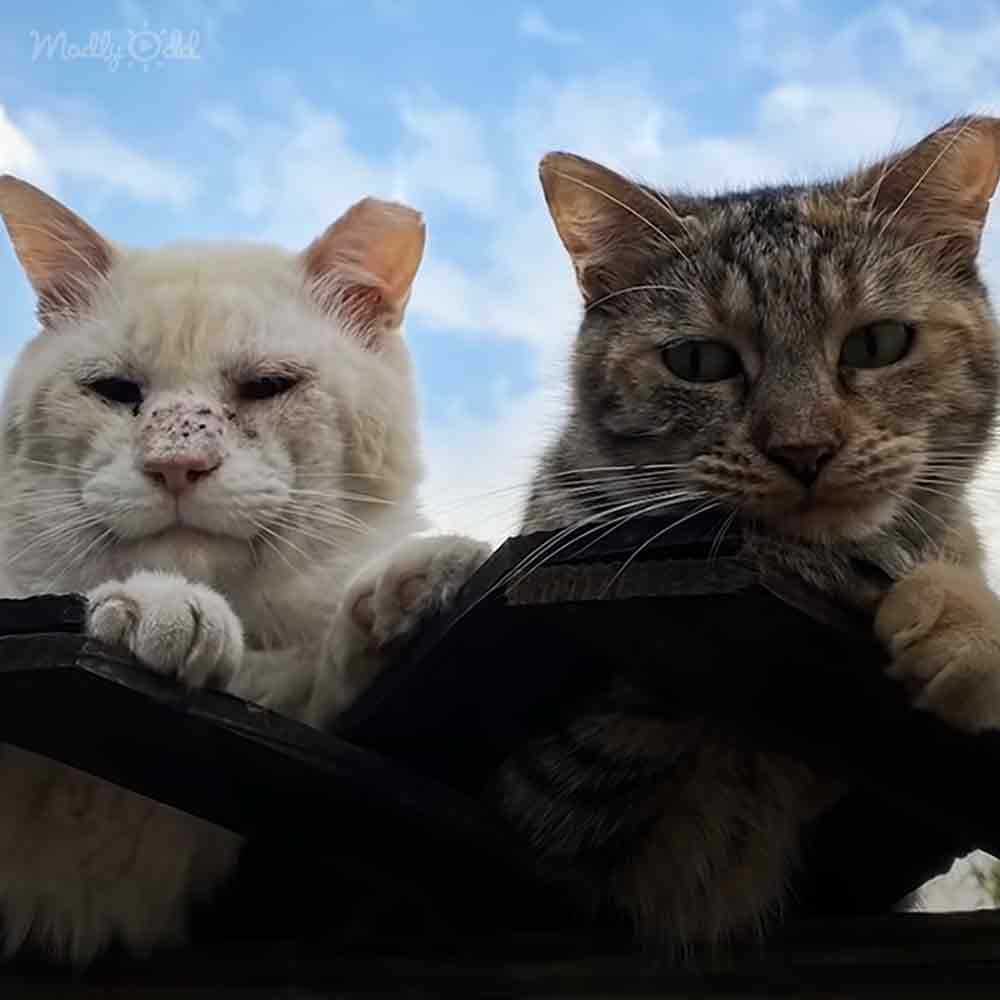 At the foster home, Lola’s condition started to deteriorate. Around the same time, they noticed that Sad Boy had really stopped grooming himself. He looked like a mess. The woman was worried that there was something wrong with him. So, they released Lola back to the colony, and her boyfriend was already waiting for her. The next day, Sad Boy was a bright white clean cat again.

Lola had spent all night cleaning him. They have literally not left each other’s side after that moment. The woman feeds the cats and even has a make-shift home for them. Sad Boy made sure Lola ate first. After that, the duo would cuddle together and even see the sunset together. The two of them had literally restored the woman’s faith in a relationship. 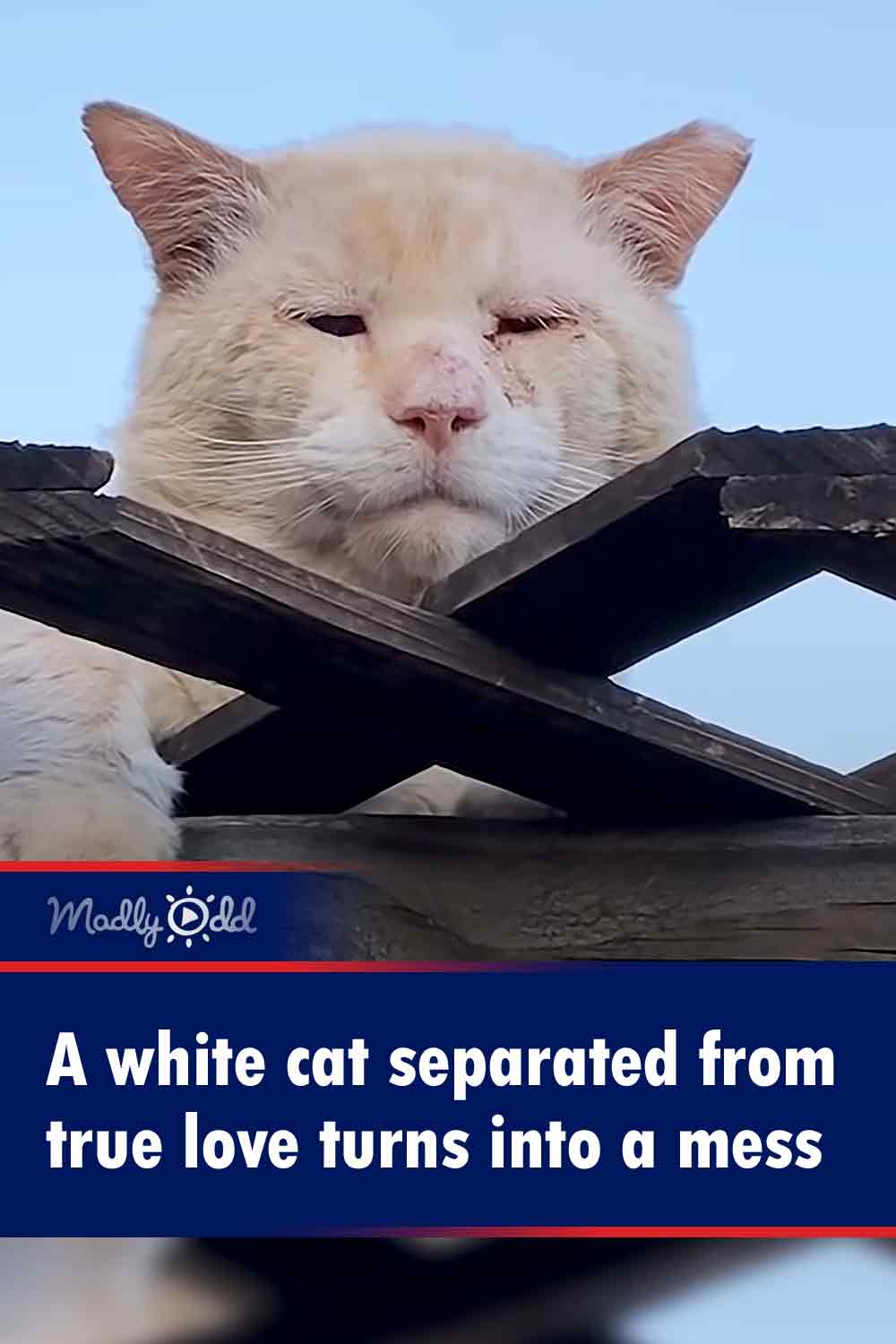