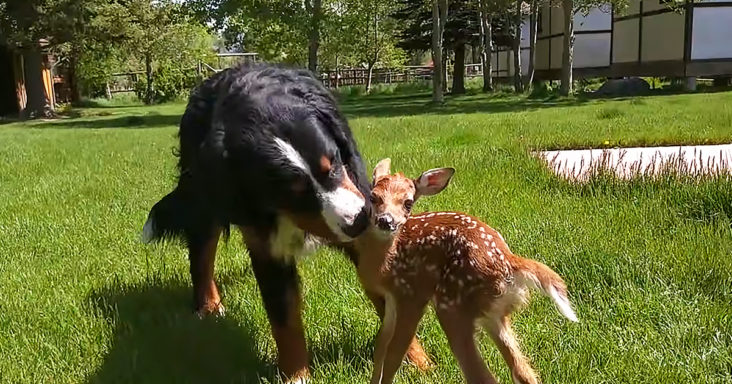 The owner of the YouTube channel, Honeysada, is no stranger to visits from the local wildlife. Still, one day he received a visitor that was a little different than the others. 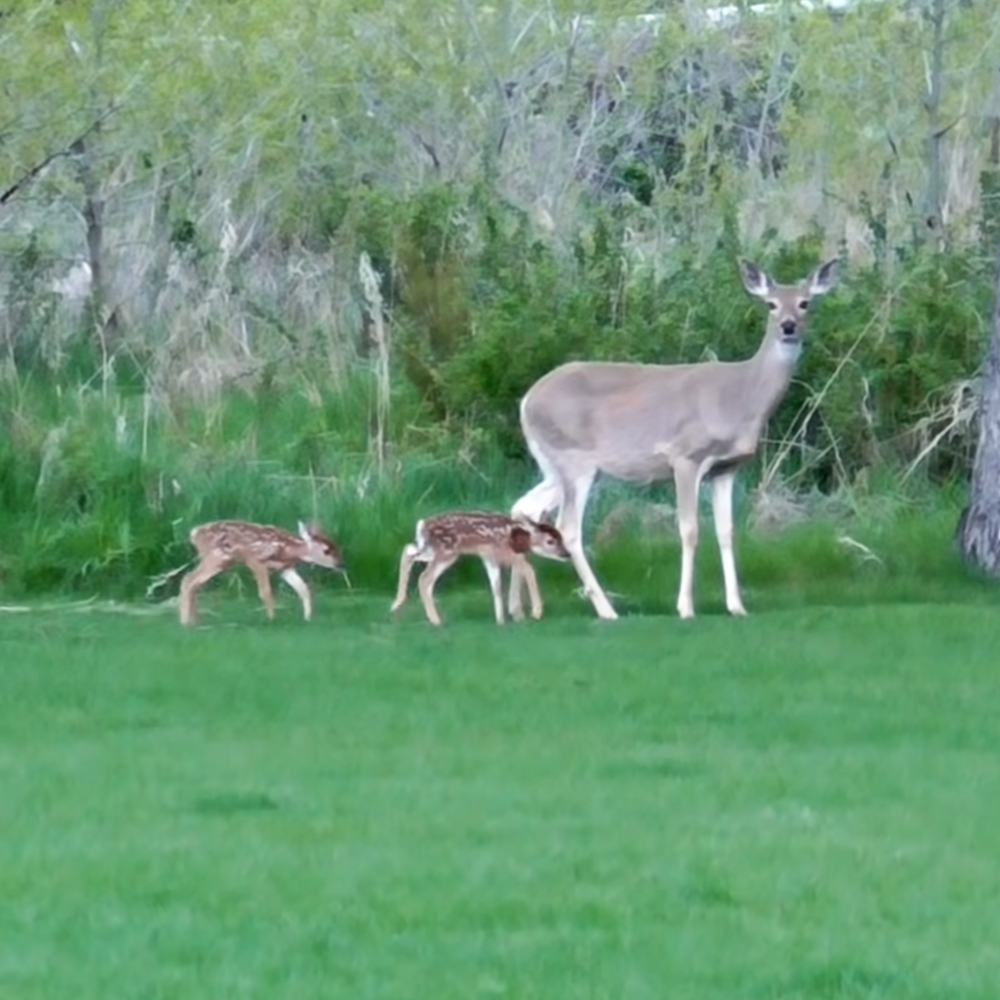 As the three deer passed by his home, he thought he was looking at a typical family of twin fawns and their mother, but then he noticed that one of the little ones was having trouble walking. A mother can’t slow down for one child in the wild, and she has to leave the fawn behind.

A lover of all animals, Honeysada knew he couldn’t just sit by and let the fawn be gobbled up by an opportunistic predator. So, Honeysada did what many of us would have wanted to do: he rescued the fawn. 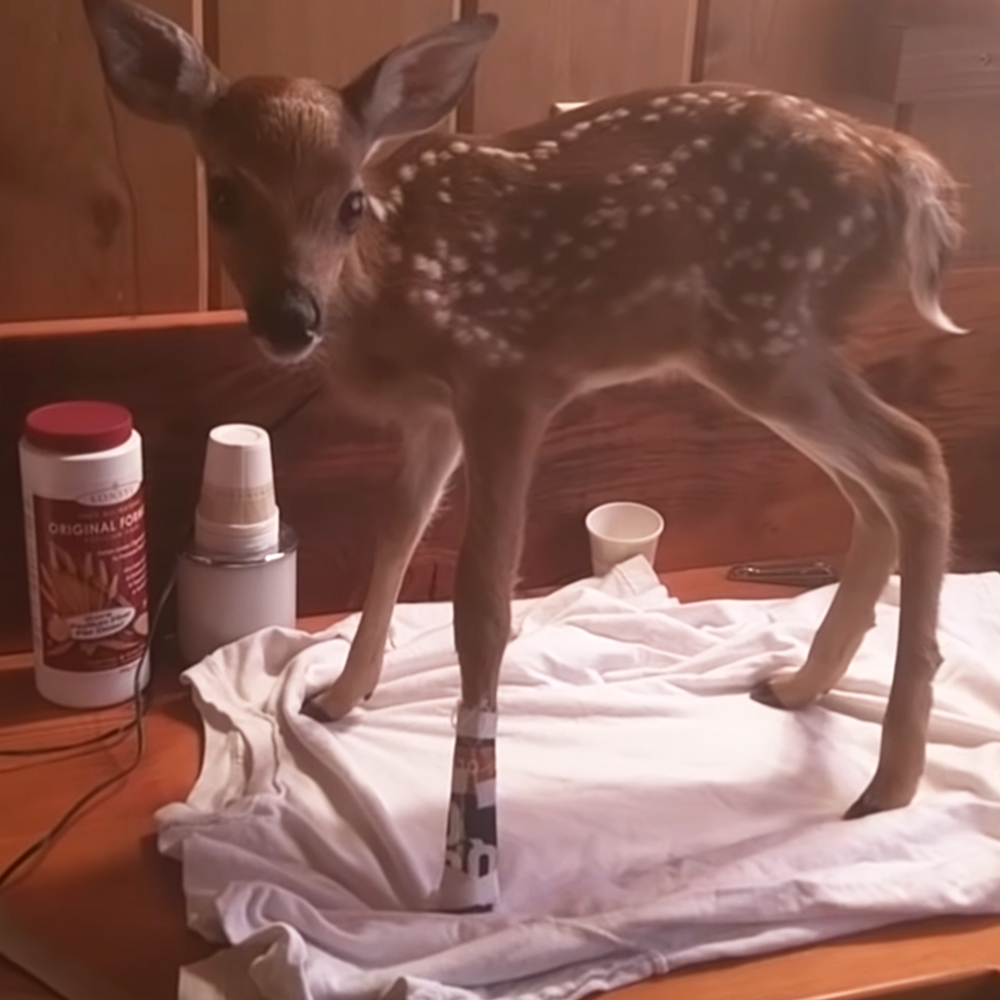 Honeysada made a space for the creature in his home, but there was a problem. His dogs and cats weren’t too keen about their new roommate. Eventually, though, he got the help he needed from his Bernese Mountain Dog.

Honeysada’s dog took over babysitting duties, watching over the little fawn as she grew stronger. He even began to grow very protective of her, barking if she strayed too far. 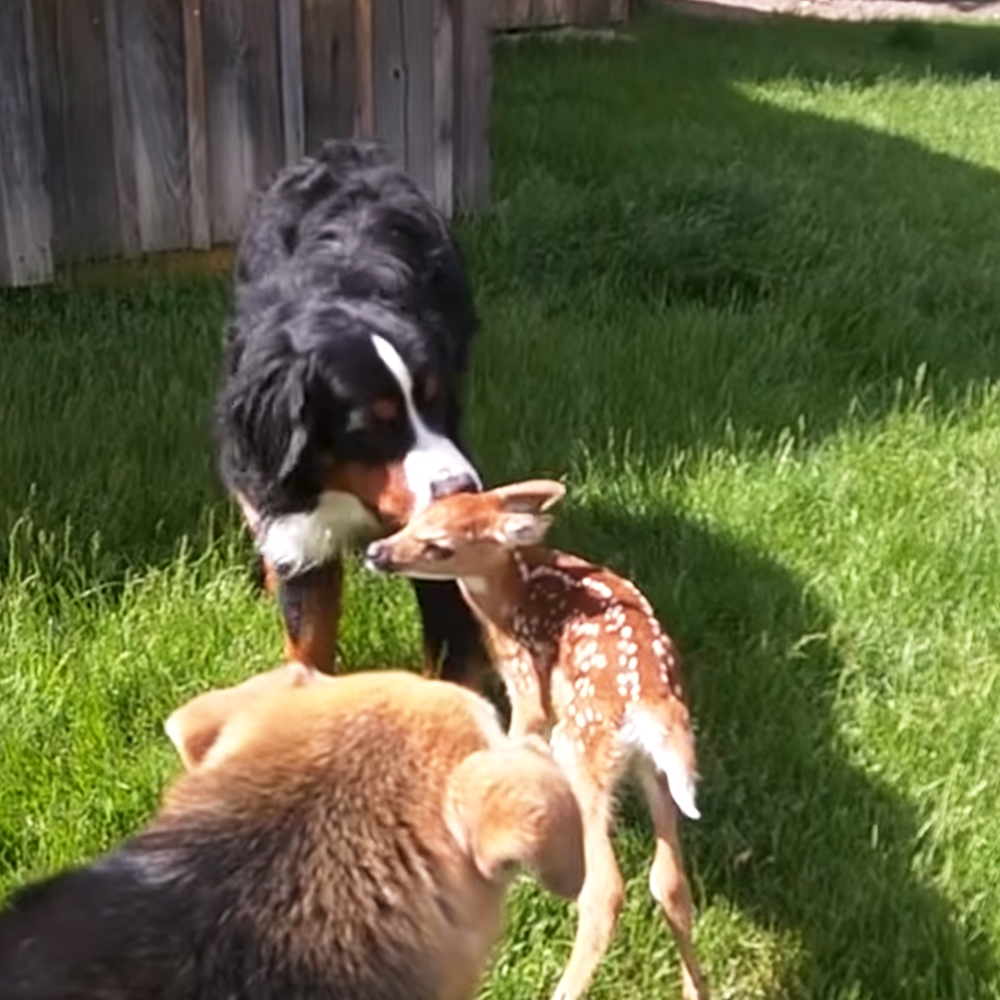 But the fawn’s stay couldn’t last forever. Once she was fully recovered, it was time for her to go back into the wilderness. Day after day, Honeysada ventured into the forest to find the fawn’s mother, but he kept coming back unsuccessful. Still, he persevered, and finally, his persistence was rewarded.

Once she was found, Honeysada let the fawn join back up with her mother and twin, and when he came back later to check on the deer, the fawn had grown even stronger, all thanks to this man and his sweet dog. 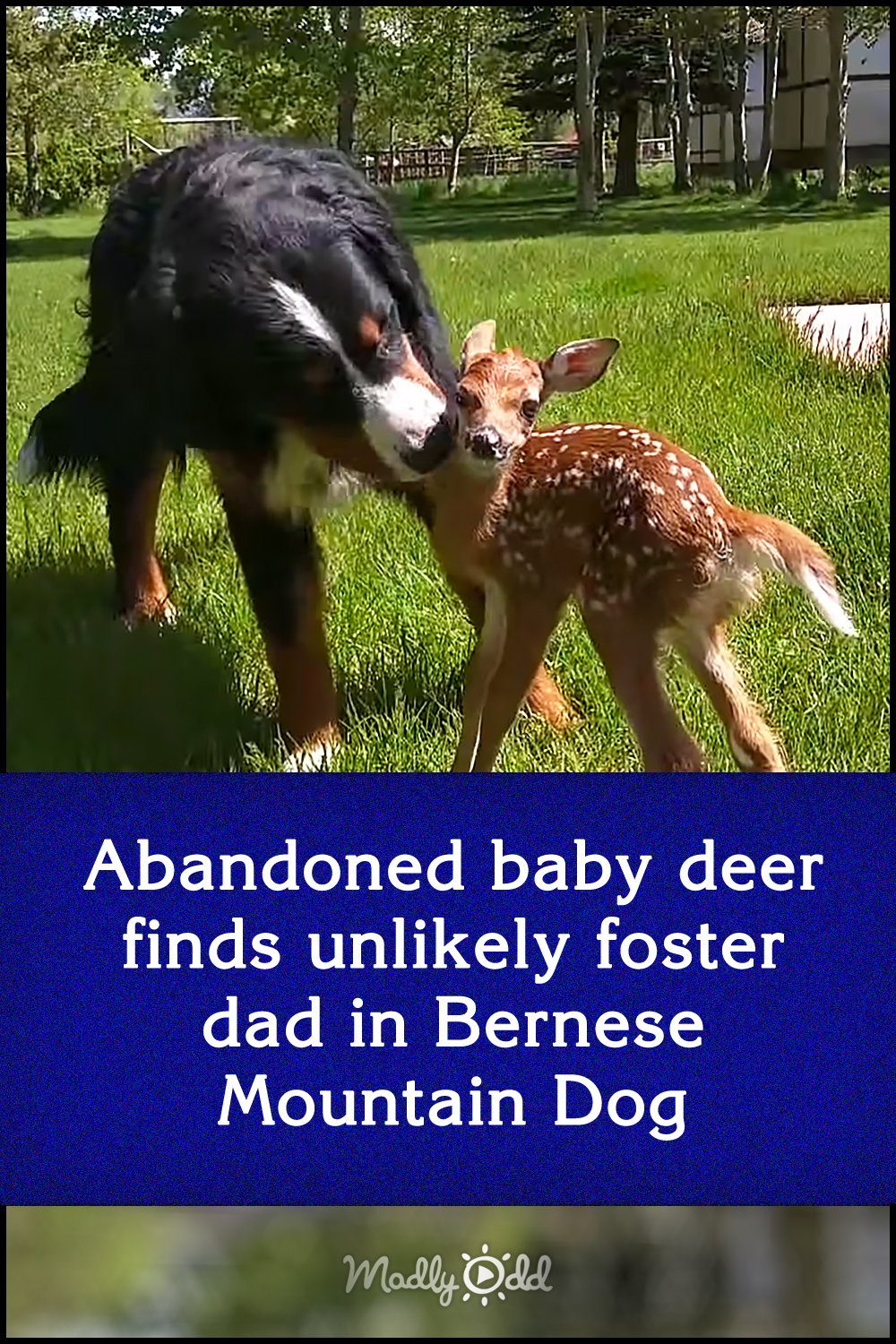