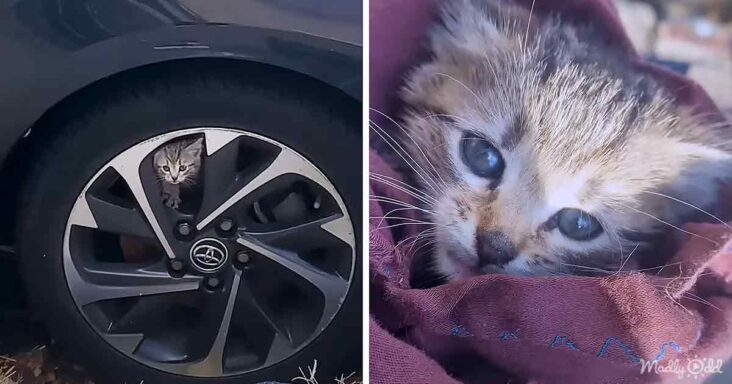 Dana used to work for Brooklyn Animal Action. Recently, she saw a kitten’s face popping out from her car’s tire. Dana looked around to see if there were more kittens but found none. So she picked the kitten, named her Ginny, and decided to take her home. 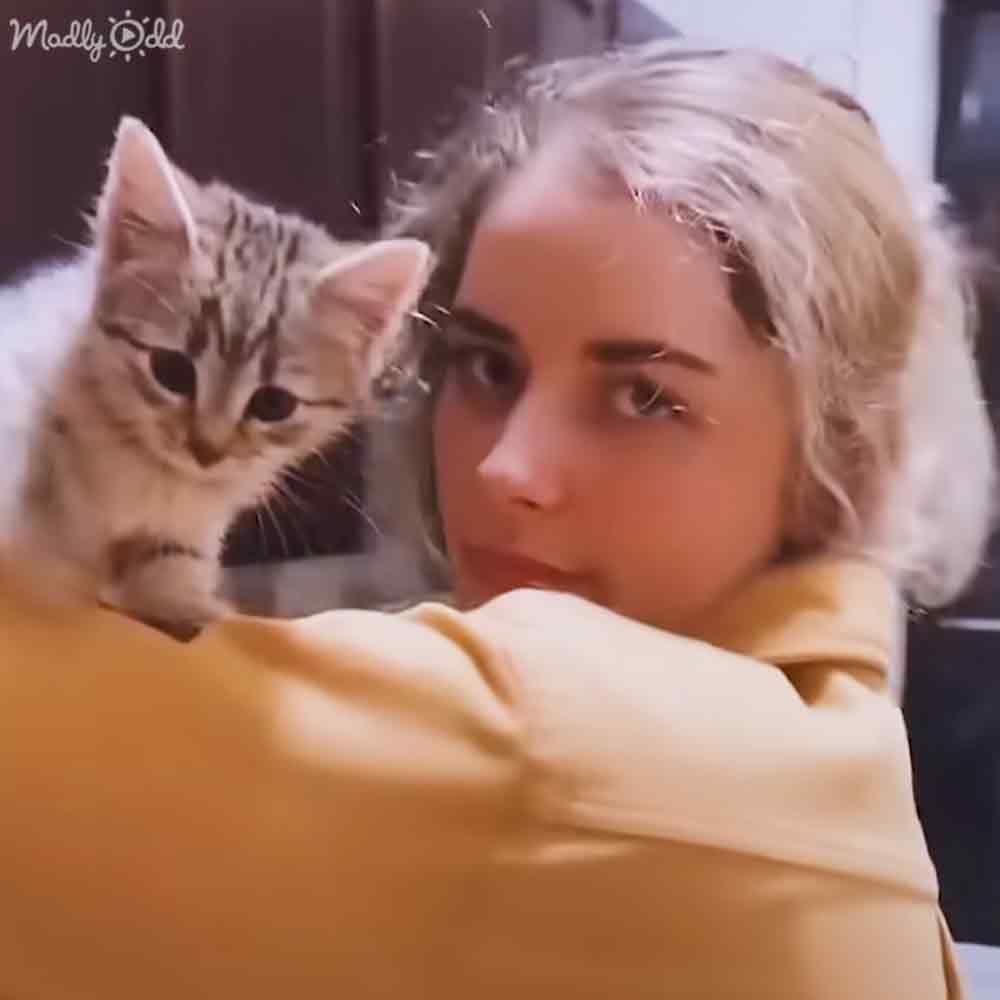 Ginny was barely 5-weeks old when Dana found her. Ginny walked up to Dana on her own. Dana wrapped her in a little blanket and gave her something to eat inside her car. Soon they arrived home, where Ginny got a bath to get some car engine oil from her body.

Ginny was chilled after her bath, and surprisingly, she allowed Dana to trim her dirty claws. The tiny kitten wanted all the love and affection from Dana. Since the kitten was little, Dana couldn’t let her roam around alone. Thus, she had to carry her whenever she walked around the apartment. 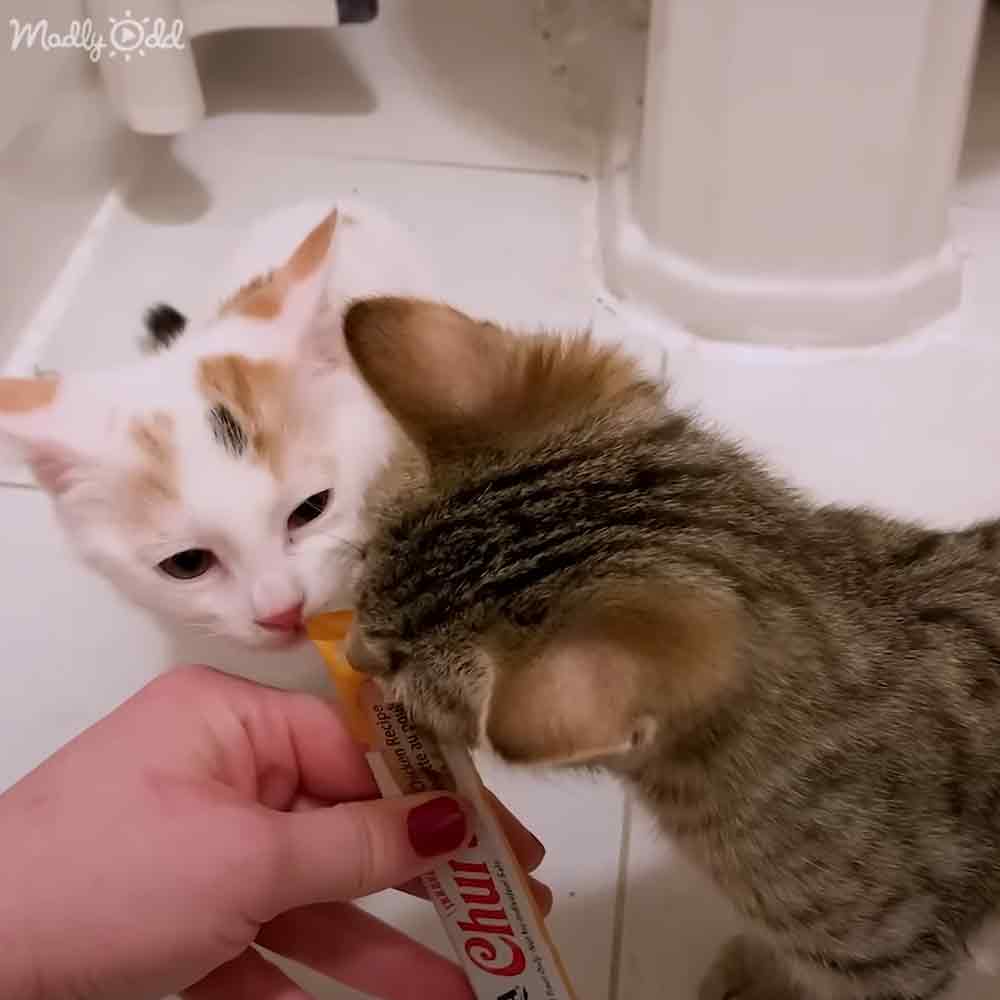 However, Ginny wanted some autonomy. Thus, she would wriggle out of Dana’s hands and climb up to her shoulder. Soon this became a habit for the kitten, and she would always prefer sitting on Dana’s shoulder. Ginny couldn’t get out of this habit even after growing up.

Ginny would always sit on Dana’s shoulder when the latter was doing the dishes or busy with other chores. Due to their special bond, Dana understood that putting Ginny up for adoption would be difficult. Nonetheless, she had to do so since she already had 2 permanent cats at home, and she wanted space to rescue more kittens in the future. 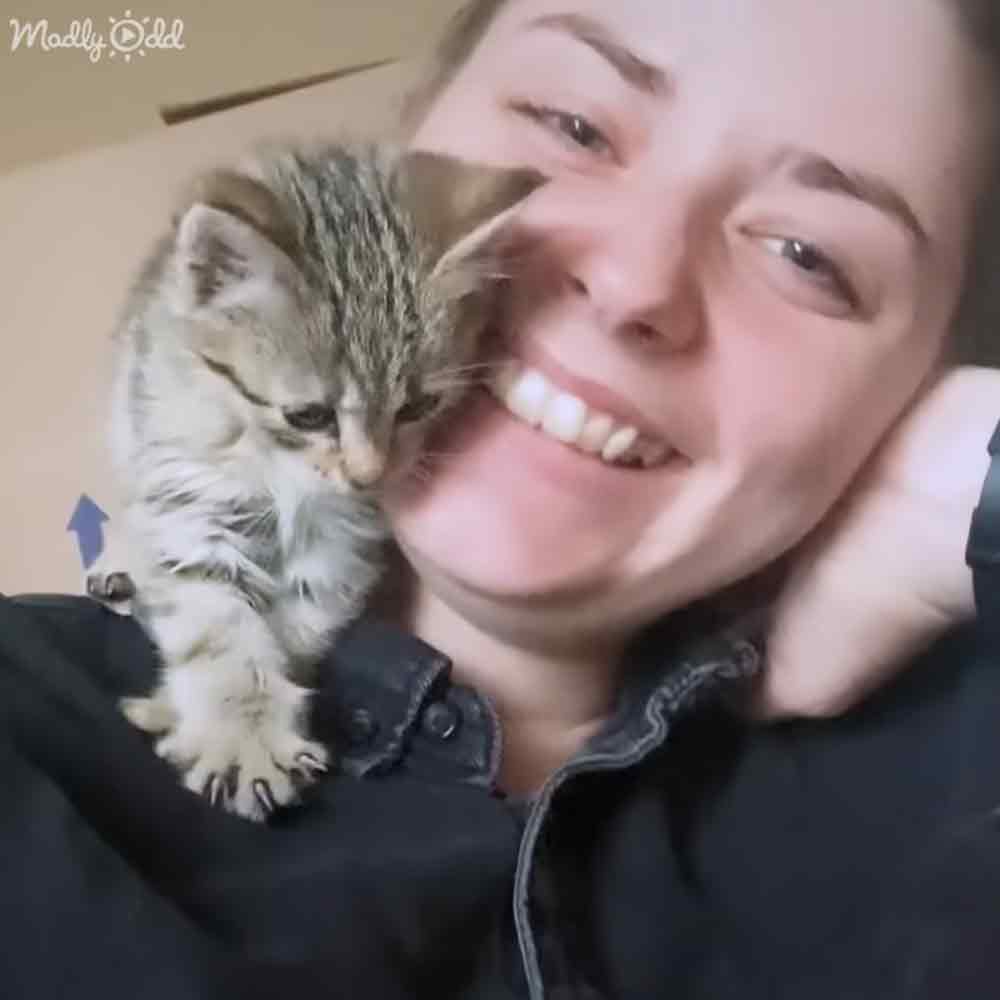 Soon, Dana brought home another solo kitten named Lucy. She was around Ginny’s age, and Dana hoped they would get along nicely. However, it took a few days for the two kittens to familiarize themselves.

The two kittens were adopted by the same family. Dana always received updates about the love and affection the two kittens got from their new family. This made her happy that she could pick the perfect home for them. 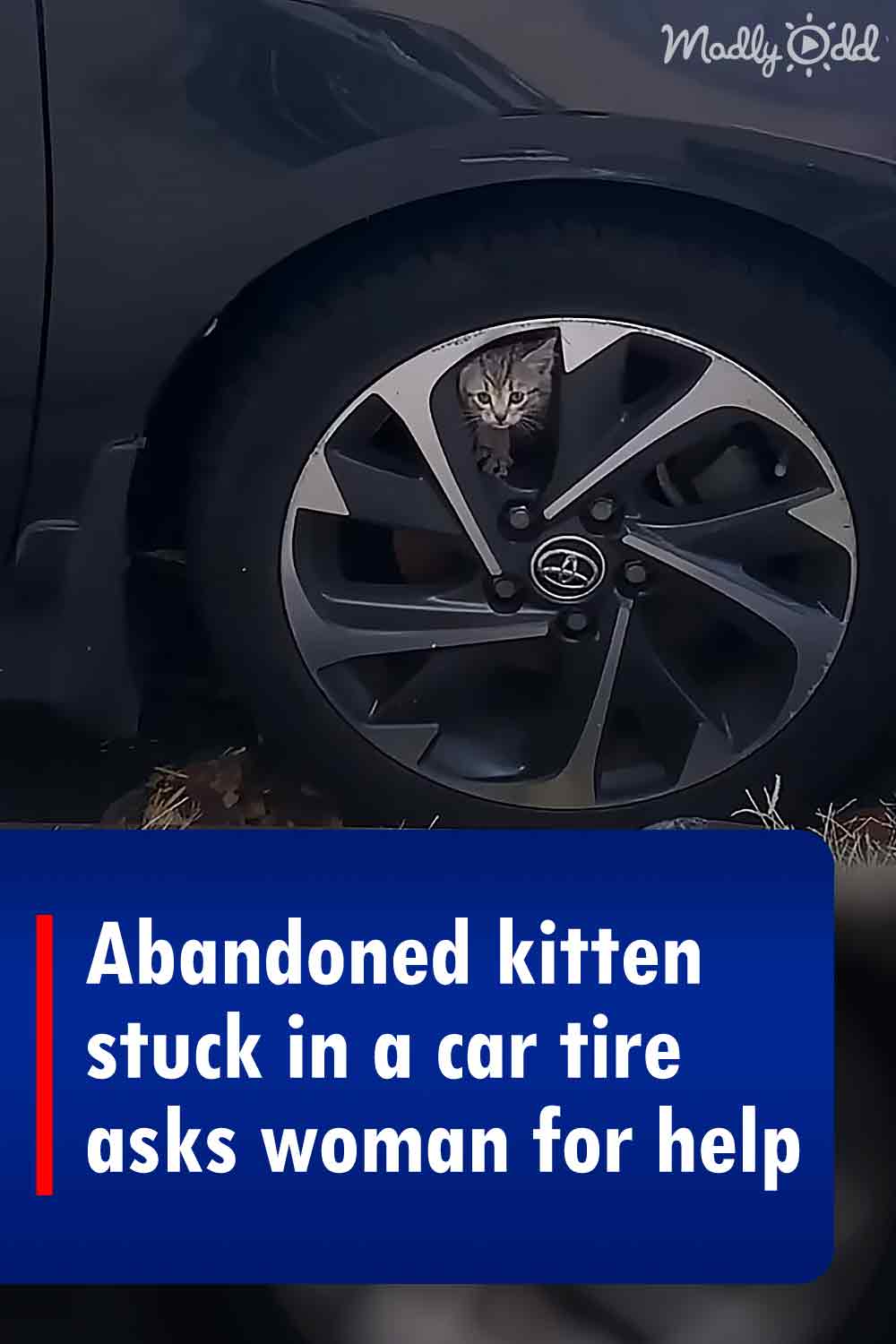