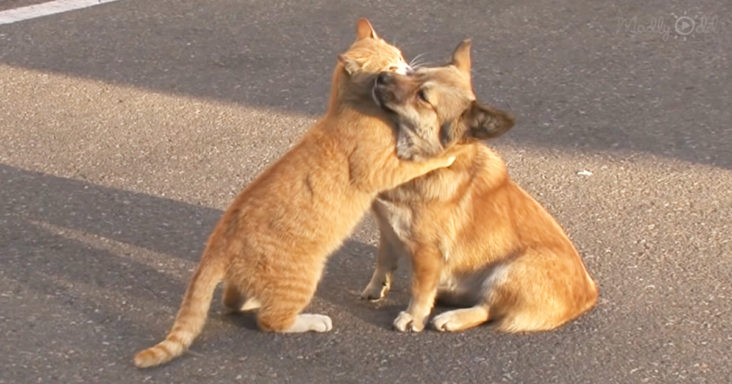 Down in the cold streets of South Korea, a dog is left in the hands of loneliness. The poor canine has been abandoned for about 6 months, with nowhere to go.

The furry creature made a home in a corner at the entrance of its apartment. It seemed to be all the dog could get, with gloomy hope of finding a home and a family again.

The apartment owners were an elderly couple. They visited the senior care center, abandoning their pet on the street for a long time. However, the lonely dog received an unexpected guest. 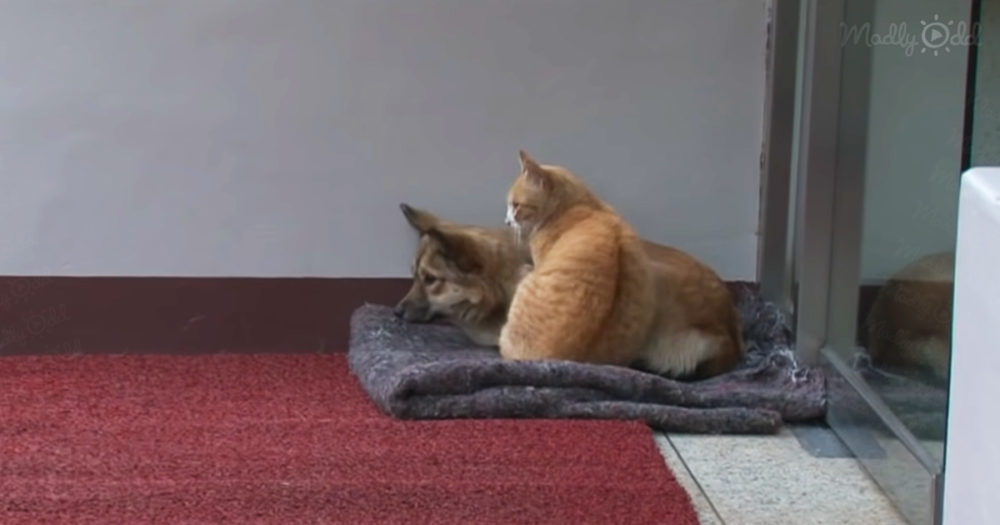 Another furry creature, a homeless feline, came by. At their first encounter, one would think there would be a “FURRYOUS” pet fight. But their union morphed into a lovely and cuddly friendship.

The cat was elusive when people came. The canine came close to passerby—in search of its family, like a lost child. The dog looked at people’s faces hoping to find its family.

Throughout their days, the cat stuck with the dog for two months. Keeping it company and becoming a great buddy. They joined their cold together, giving them little warmth in the winter.

The neighbors were considerate, giving them a home and some food. At last, help arrived for the abandoned pets. They were transported to a veterinarian—hope still looms for the furry friends.