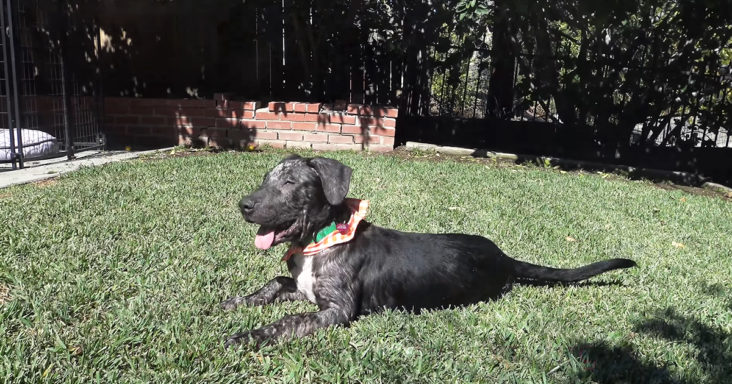 ‘Hope For Paws’ recently rescued an abandoned puppy in an industrial area in Compton, California. He was about 7 months old. Despite his poor health condition, the puppy still looked happy. 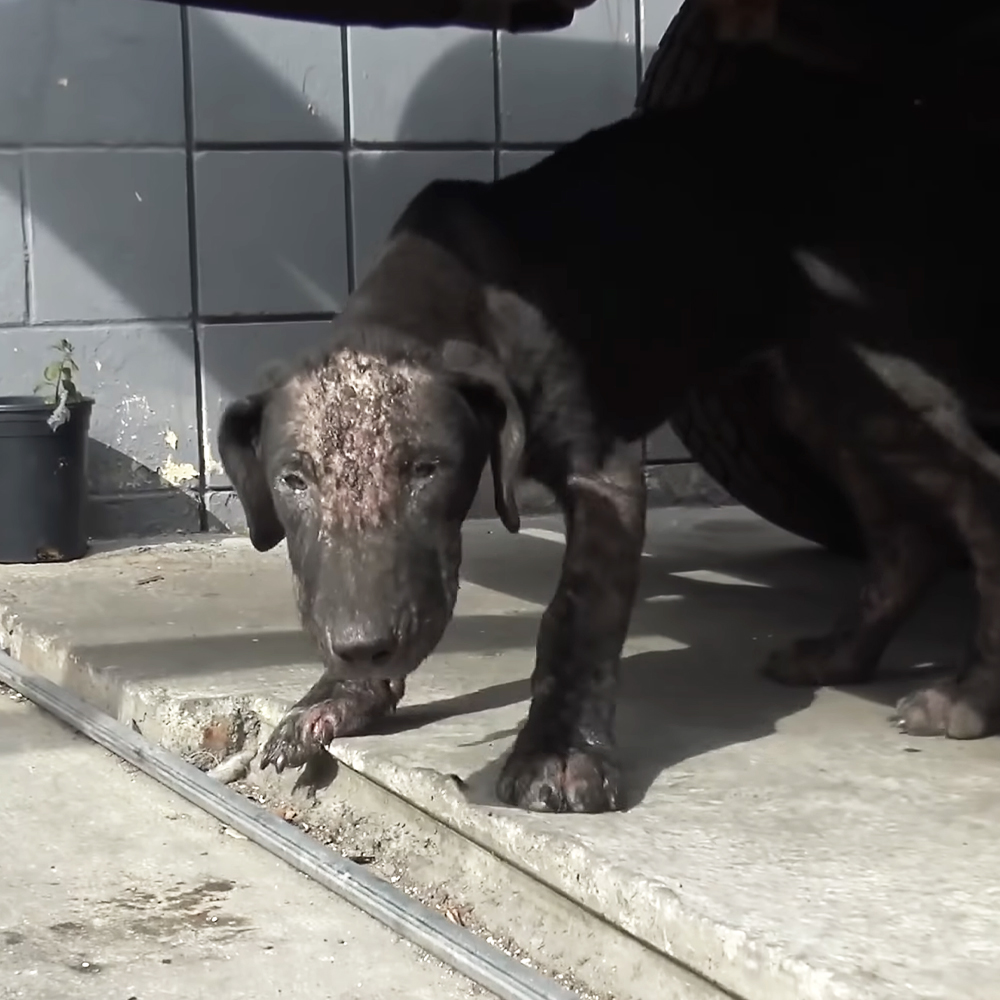 The puppy was lucky enough to meet a little girl who had watched over him. However, her uncle thought it was best to call ‘Hope for Paws’ to help the poor being.

The rescuer thought that the dog was suffering from mange (caused by two types of microscopic mites), which was highly contagious. There are two significant forms of mange, Sarcoptic & Demodectic. However, the rescuer did not mind it as he was exposed to this several times and never got infected. 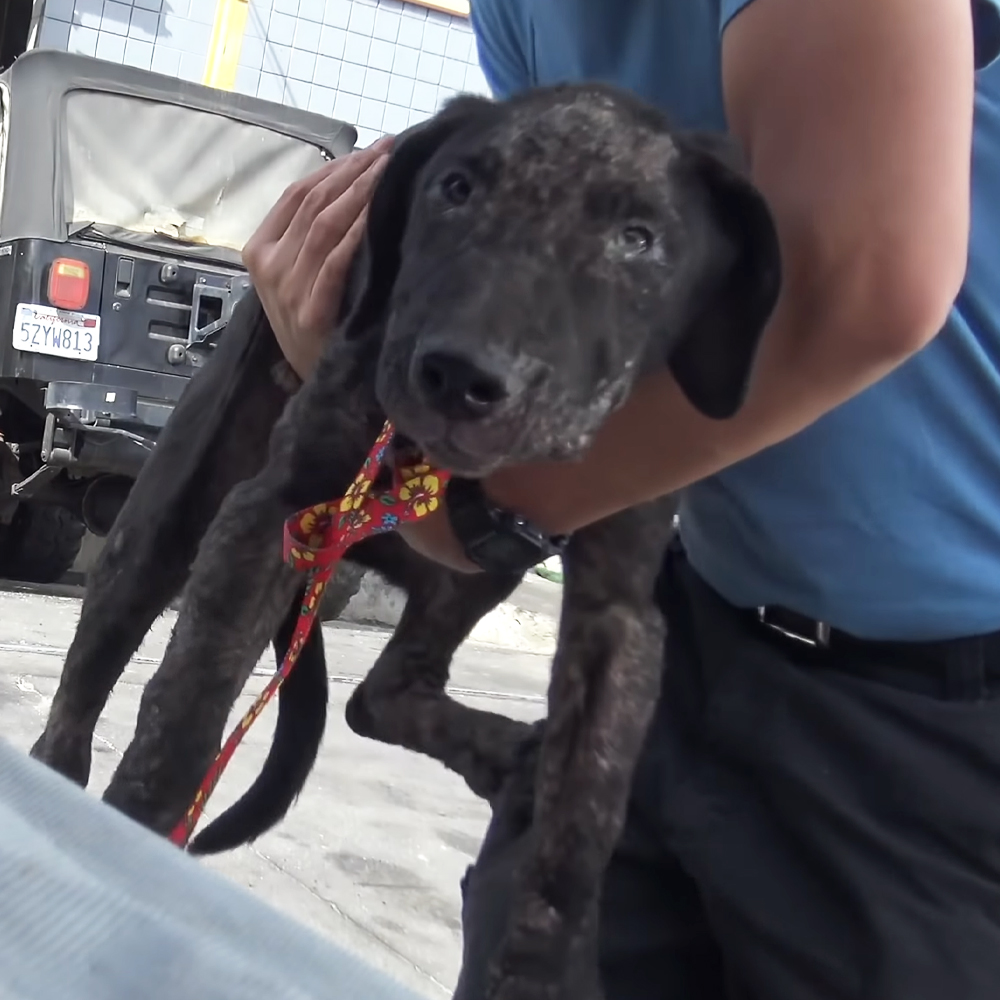 The puppy was taken to the hospital and was named Aoki by the rescuer. Soon both of them reached the hospital, where the vet checked the puppy. Unfortunately, he found that the puppy had no microchip, and he was not neutered.

The puppy even had an extreme overbite that was causing his teeth to injure his lips. So, he had to undergo a dental procedure to fix it. But, first, Aoki was given a bath. 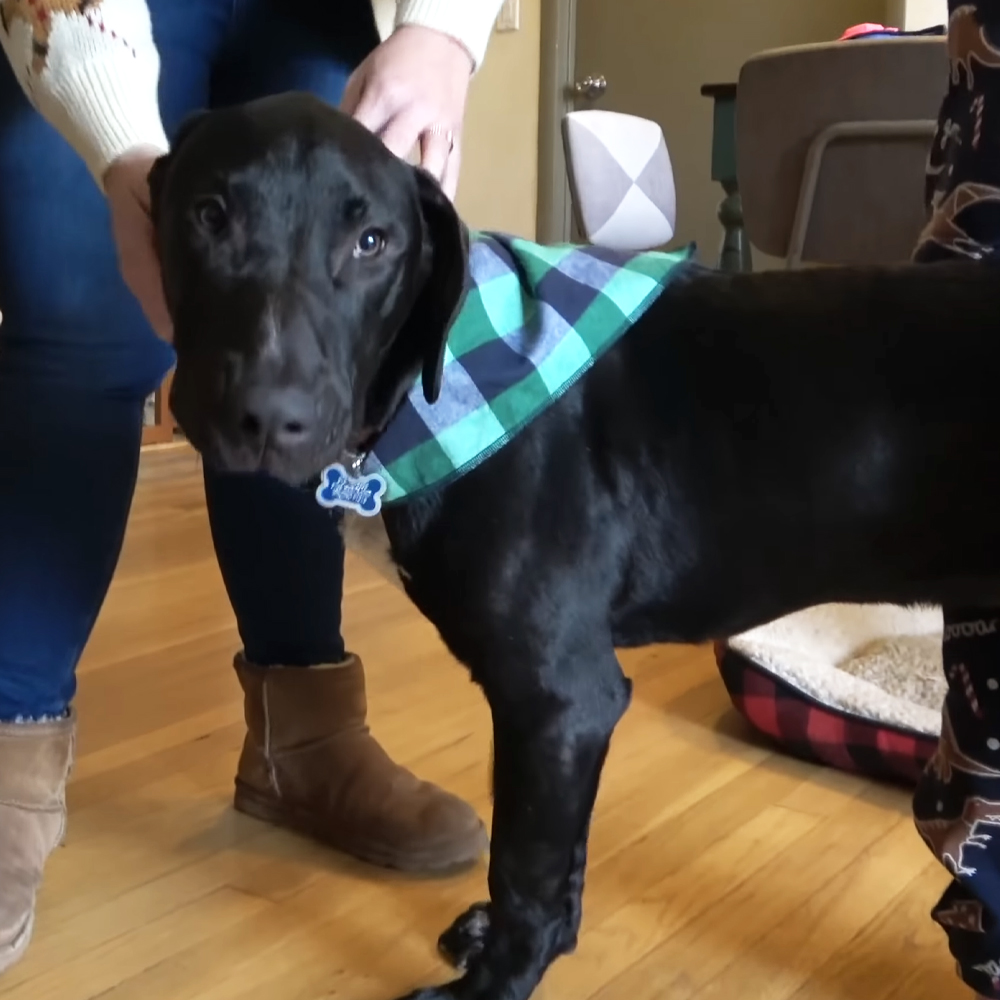 Soon, his medical treatments started as many people came out to help him with donations.

He was diagnosed with Demodex, which was not contagious to humans or dogs. Aoki’s treatment included a lot of medicines, medical baths, and a lot of love. Foxy and the Hounds, a foster care organization, offered to foster the little puppy and helped him through his recovery.

He loved his stay at the foster home, where he enjoyed his new life as an absolute happy puppy. With lots of rest, the puppy recovered and soon transformed into a beautiful dog. Soon he was adopted by a loving family and became the best buddy of the family’s son. Aoki happily jumped around the yard with his shiny black coat and played with his new friend.