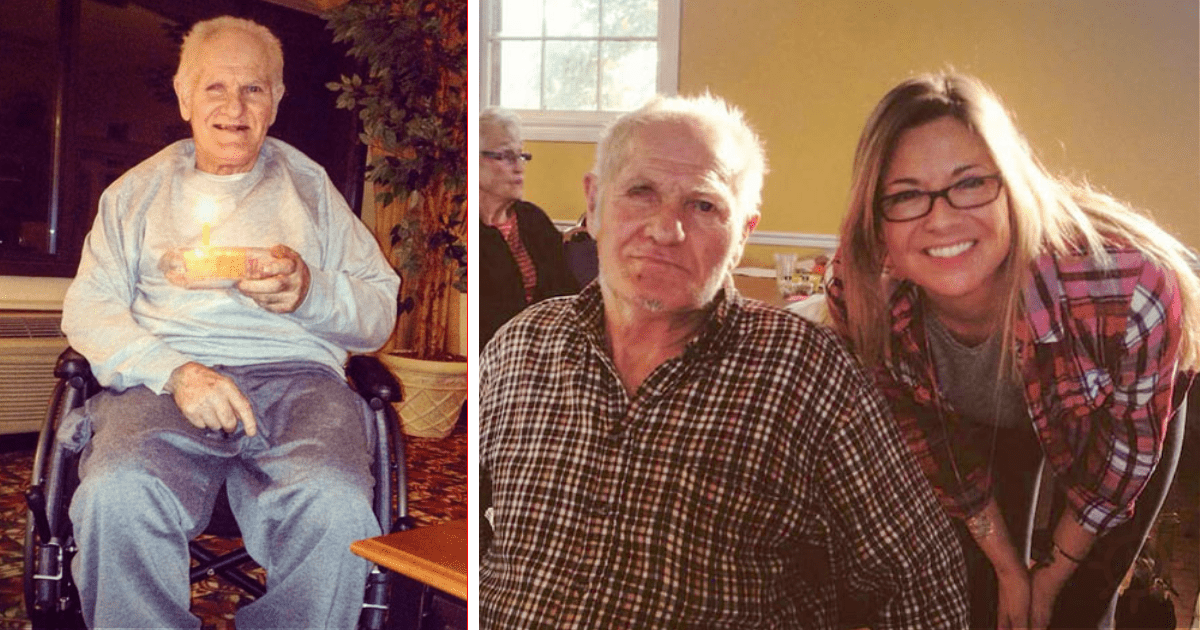 Leslie David of Ontario, Canada satisfies her passions for adventure, surprise, and photography by hunting for abandoned houses. On one of these forays, she found what appeared to be an abandoned house, ramshackle and covered with weeds. But when she ventured inside, she got a big surprise.

The house turned out not to be abandoned, after all. An older man named Lawrence had been living there all alone for quite some time. He had trouble getting around and he was also missing one eye (and the other was afflicted by cataracts). “Even after noticing a stranger essentially helping themselves to his life he was nothing but sweet and kind to me. He was even nice enough to let me take his picture which I will always treasure.” Leslie promised she’d come to visit again.

Leslie returned a few days later bearing plenty of food and drink. Over a meal, Lawrence told her all about his life story, with its highs and lows. She came regularly with food, did a lot of trash removal, and brought in some friends who helped make some badly needed repairs to the house. Leslie’s kindness really seemed to revive something in a lonely old man who had all but given up on life. Still, Lawrence’s long-neglected health got worse and Leslie had to help him find a retirement home where he’d get the care he needed. She continued to visit, bringing his favorite dishes. “He gave me the chance to really do something for someone — an act of kindness with no expectation of reward. It’s a rare opportunity and I’m glad I was able to accept the challenge.”

Leslie posted the story on the internet in the hope that “it will inspire at least one person to reach out to someone they may have lost contact with or perhaps just forgot about. These old souls are still full of life and I feel blessed to have met this one.”