When you hear this young lady sing a viral Adele song, you’re truly going to appreciate her God-given talent.

Adele has become quite a famous singer due to her fantastic voice and vocal range. But imagine a ten-year-old girl choosing to do this and doing it in such a way that she captivates anyone who listens to her, that is what happens here in this video.

The girl featured here is Olivia Kay who currently resides in Oklahoma with her parents. There she has become a well-known singer who has performed at ceremonies and public gatherings.

Here she takes on a song that not many singers would attempt to do so Adele’s hit song Rolling in the Deep. To say that the young girl nailed it would be an understatement.

She not only had the vocal range required for this song but she also brought about the depth of emotion and heart for the song as well. Not an easy feat for someone of her age.

When Olivia Kay sings Adele’s “Rolling In The Deep” it seems the song was made for her.  The song itself was the most significant crossover hit in the United States in the past 25 years and is it any wonder? It’s so beautiful.

Her fans online are unanimous in their love or little Olivia Kay. One adoring fan exclaims, say, “Wow!! How old is she? She has such a strong, powerful voice. This girl should be on The Voice.” Another chime in, “Not many people can sing this song. You can sing it!”

If she continues to sing, no telling will take this talent. Someday in the not so distant future, it could be Olivia Kay who is topping the charts, she has enough talent to do so right now.

Watch her inspiring performance and leave her your review in the comments box below. Of course, pass her video along to a friend. Share and enjoy! 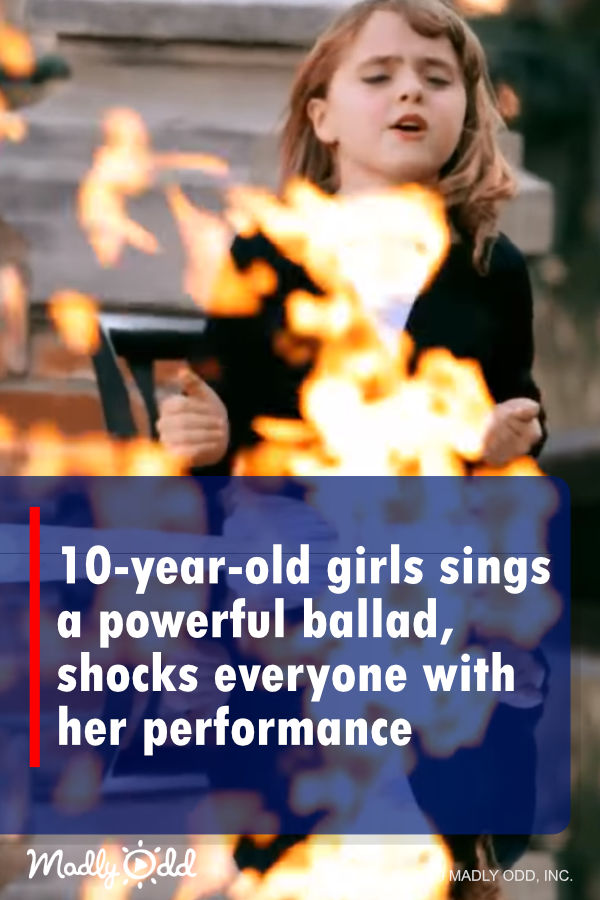