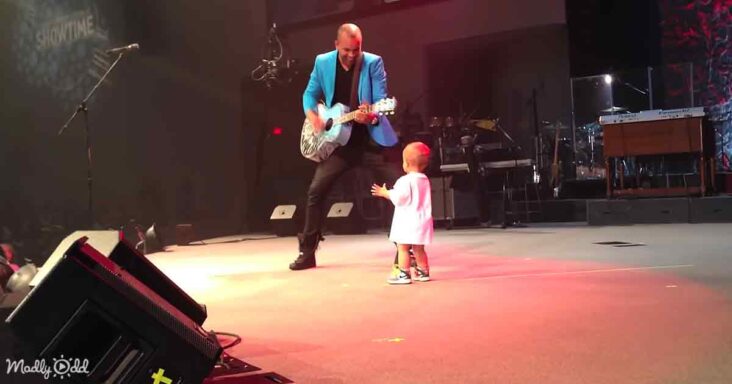 Babies love music, and the internet is filled with clips that prove it. Once that beat kicks in, babies from all parts of the globe start bopping around, making us all smile. Music is a very powerful force, even for the tiniest among us. 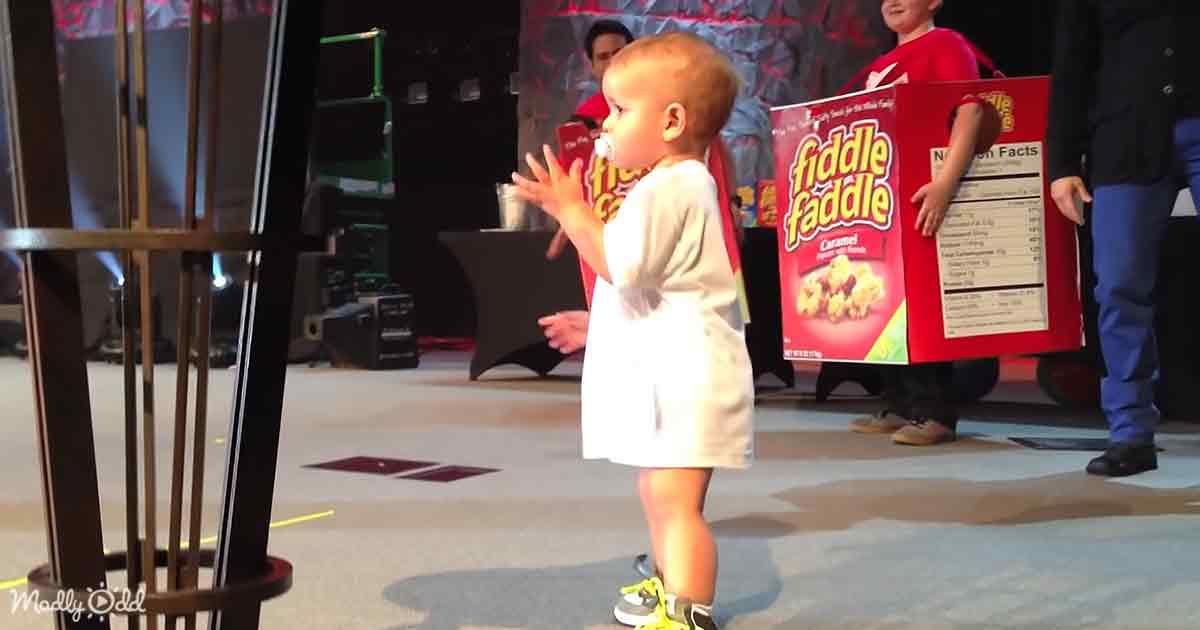 Racking up the views on YouTube is baby Ethan. The 17-month-old child charged the stage at his father’s last concert. Ethan’s dad, country singer Coffey didn’t know what was going on when he took the stage at an NYE event.

Coffey stood onstage playing an upbeat song on his acoustic guitar while the audience clapped along. The auditorium was filled, but one fan stole the show. Baby Ethan ran out on stage to give his father a hug around his legs. 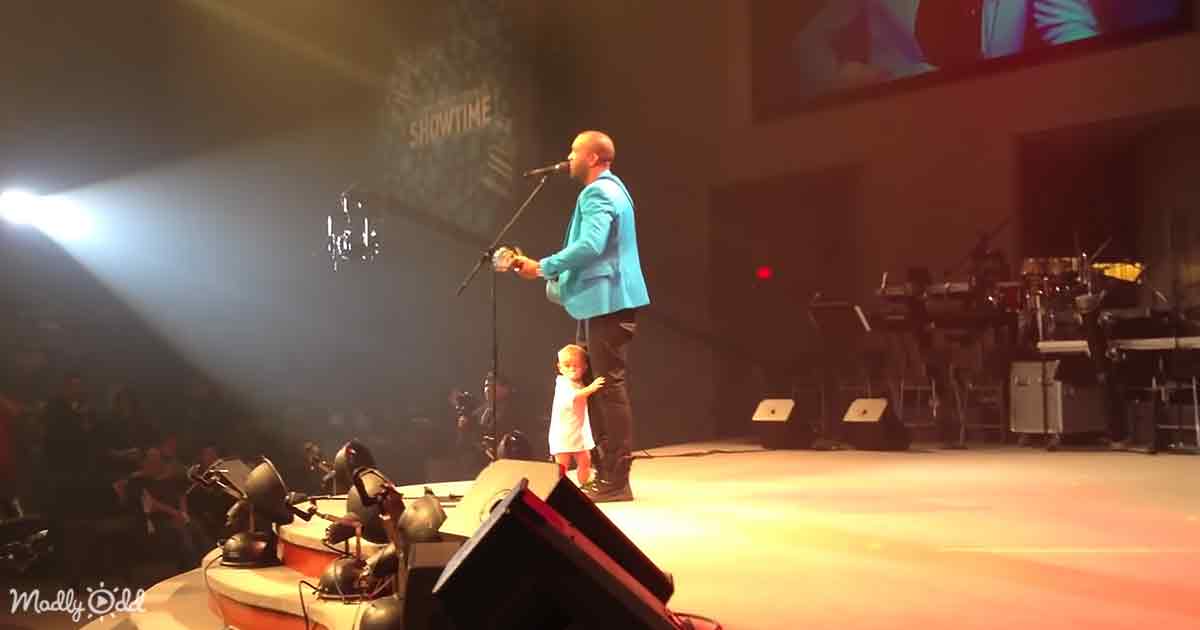 The crowd responded together with ‘Awww,’ and Coffey continued to smile and sing. Ethan moves away and starts waving his hand in the air, and the cheering of the audience gets louder.

Coffey continues to sing like a true professional while his baby steals the show. The audience cheers louder and louder when they notice the little guy who can’t stop being cute. 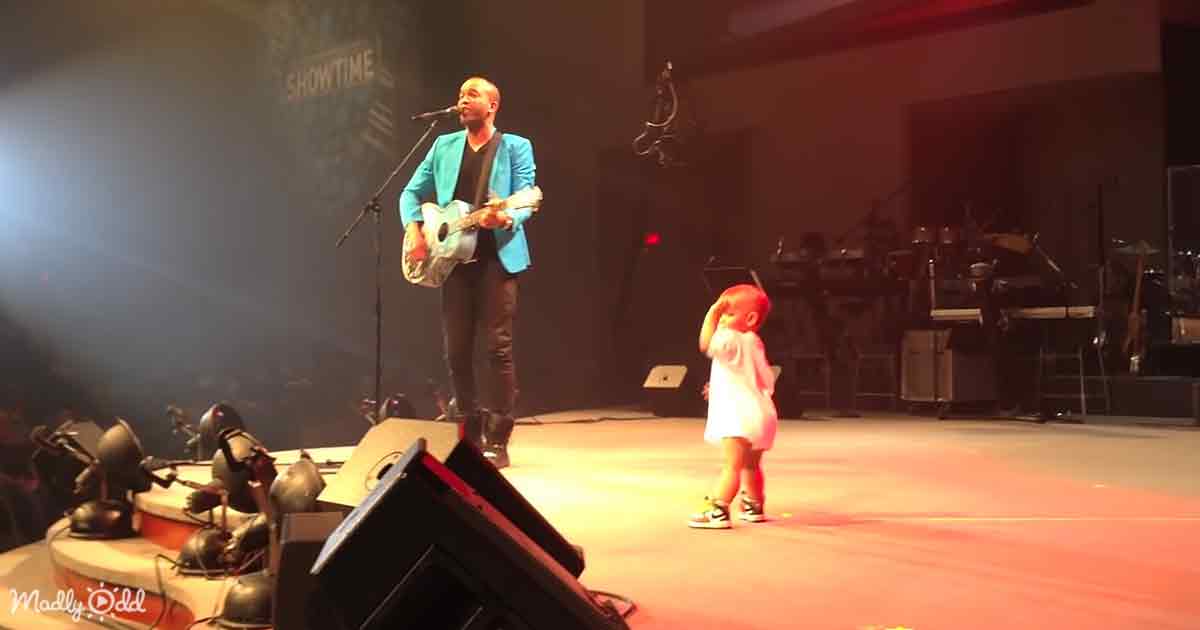 He continues to play and looks over at his son, smiling and bouncing on the stage. The baby runs back offstage to his mother and gives her a fist bump.

Then, tiny Ethan runs back out to his father at the end of the song. Coffey thanks the crowd as they cheer and clap for baby Ethan. The entire video is one heartwarming clip that is guaranteed to make you smile. 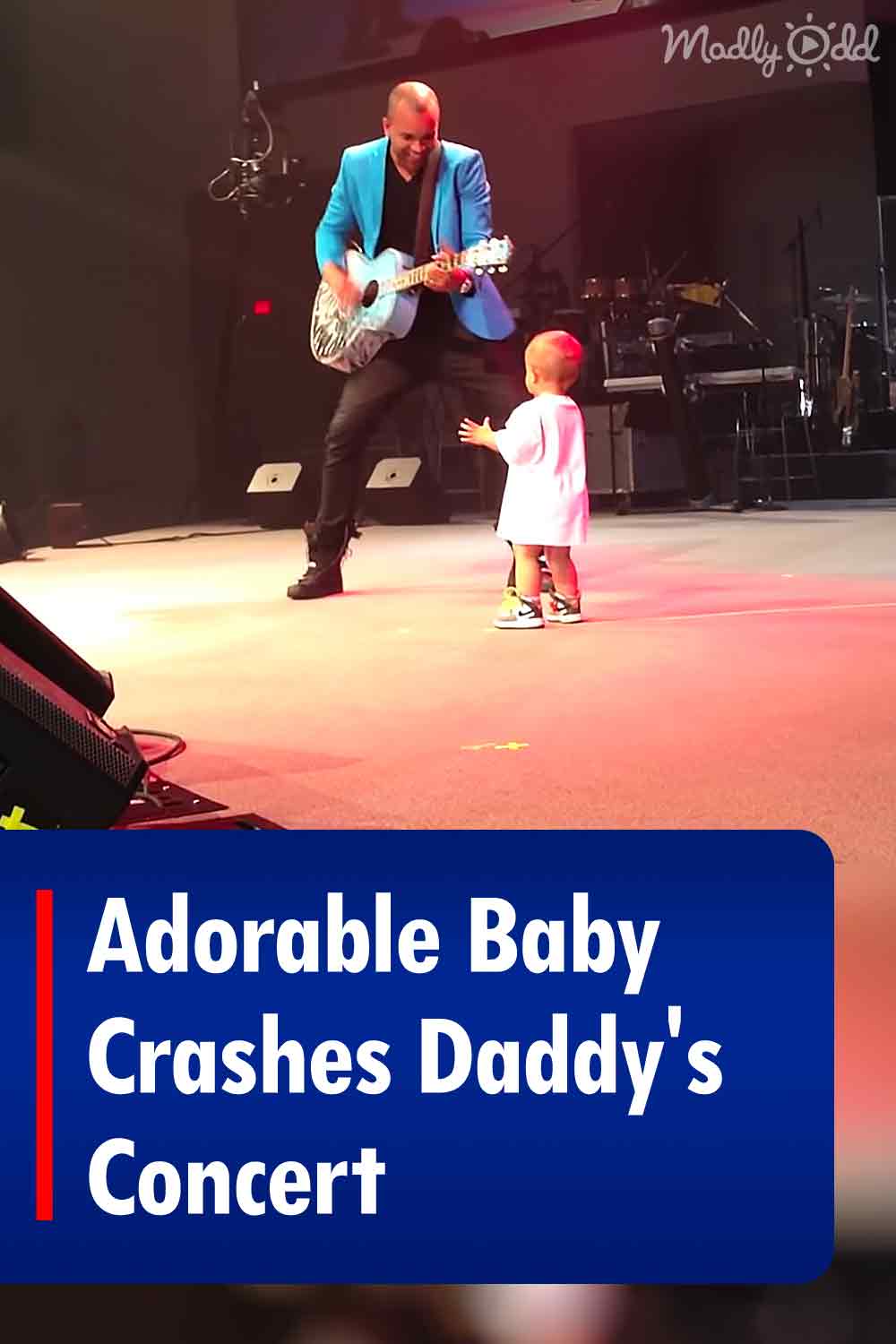