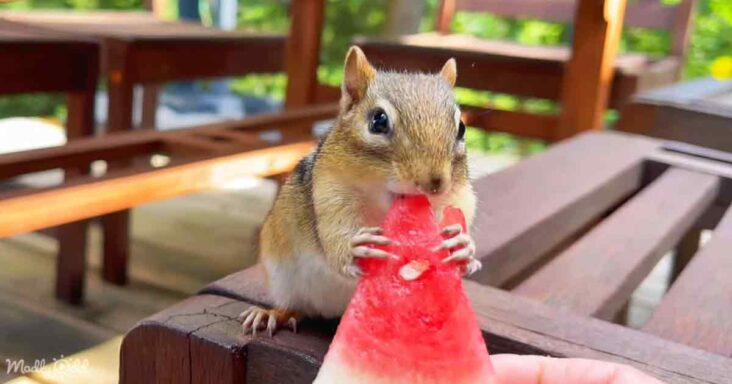 For years the owner of the YouTube channel ChooChoo’s Story has befriended the adorable chipmunks near his home. So on one sunny day, he brought his friends a juicy treat: watermelon. 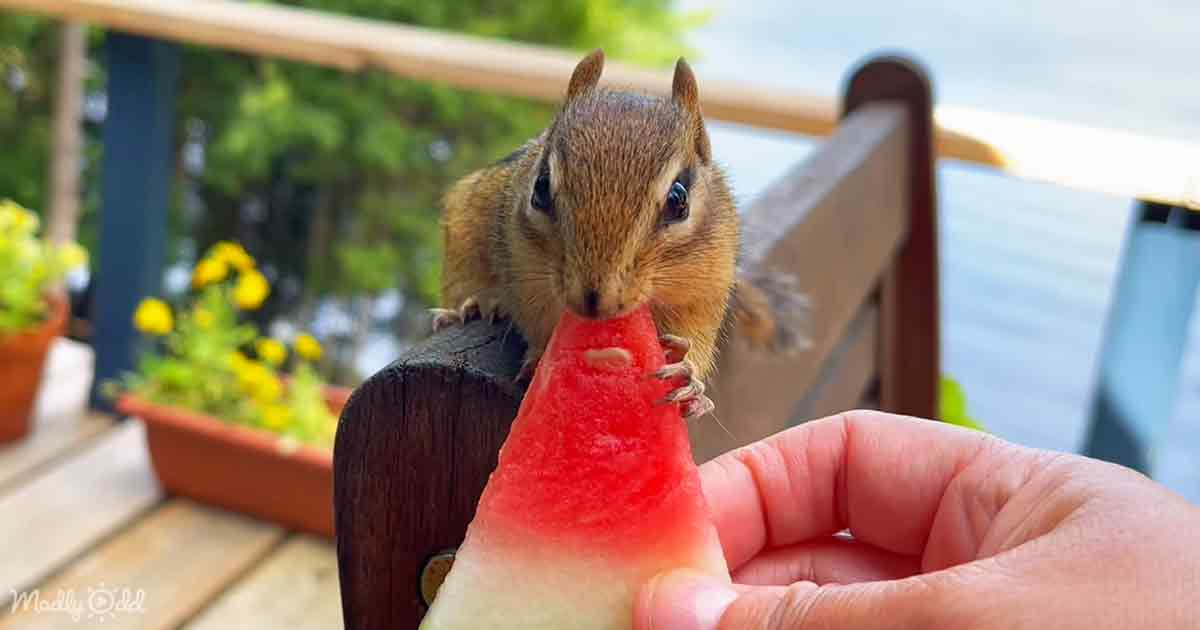 But these were not just any watermelon slices. These were seedless watermelons, treats that the compassionate man hoped would add some extra joy to the days of his furry friends.

It did not take long before the chipmunk, Gomie, noticed the man’s gift. While most chipmunks would have run away, Gomie trusted the man enough to eat the watermelon from his hand. 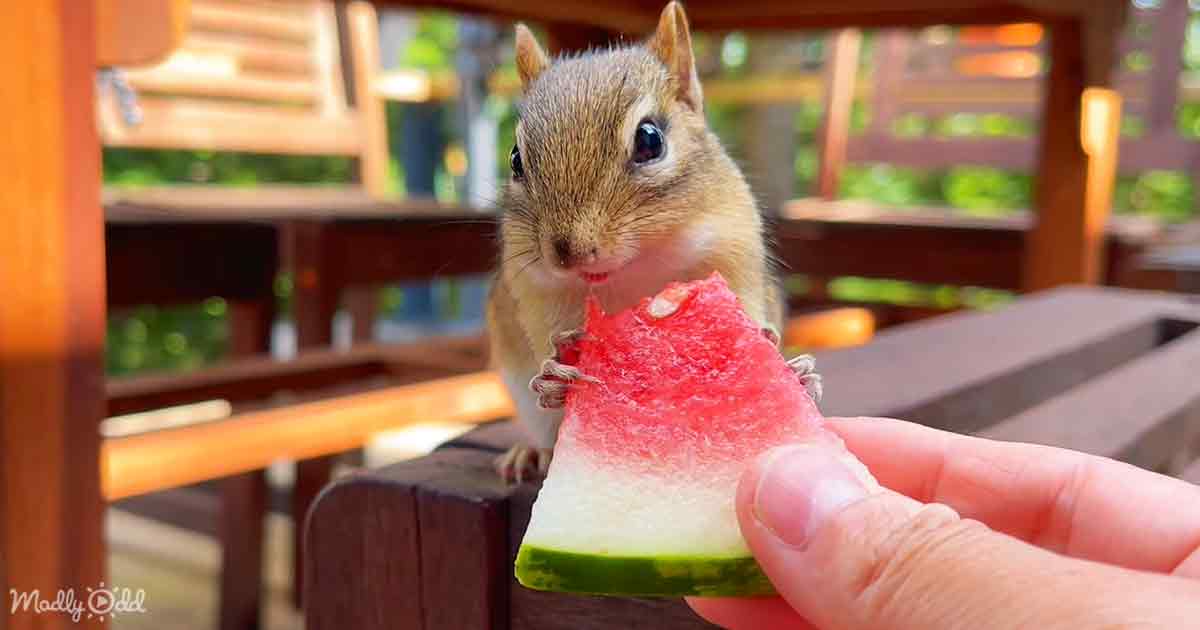 And the footage of Gomie eating could not have been more heart melting. The watermelon slice was almost as big as he was, but his tiny clawed hands clutched the sides of it covetously.

As Gomie made joyful smacking sounds while he ate, the man wondered if Gomie would eat one of the yellow seeds on the watermelon slice. As hungry as this chipmunk was, he refused to touch the yellow seed, stopping as soon as he got to it. 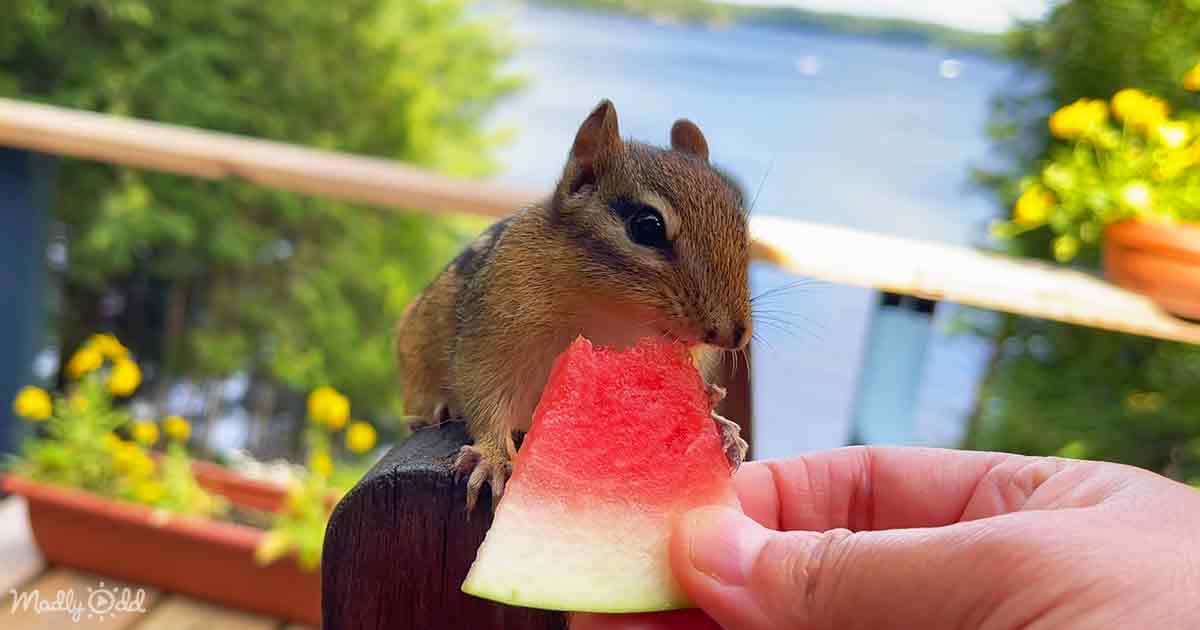 The next chipmunk to enjoy the sweet fruit was not as picky. After Gomie left, the chipmunk, Molly, took his place. She showed the same adoration for watermelon, but when she got to her first seed, she munched on it too.

If you are in the mood for a heartwarming example of how connected a person can be with the nature around them, watch this idyllic video of this man and his furry neighbors. 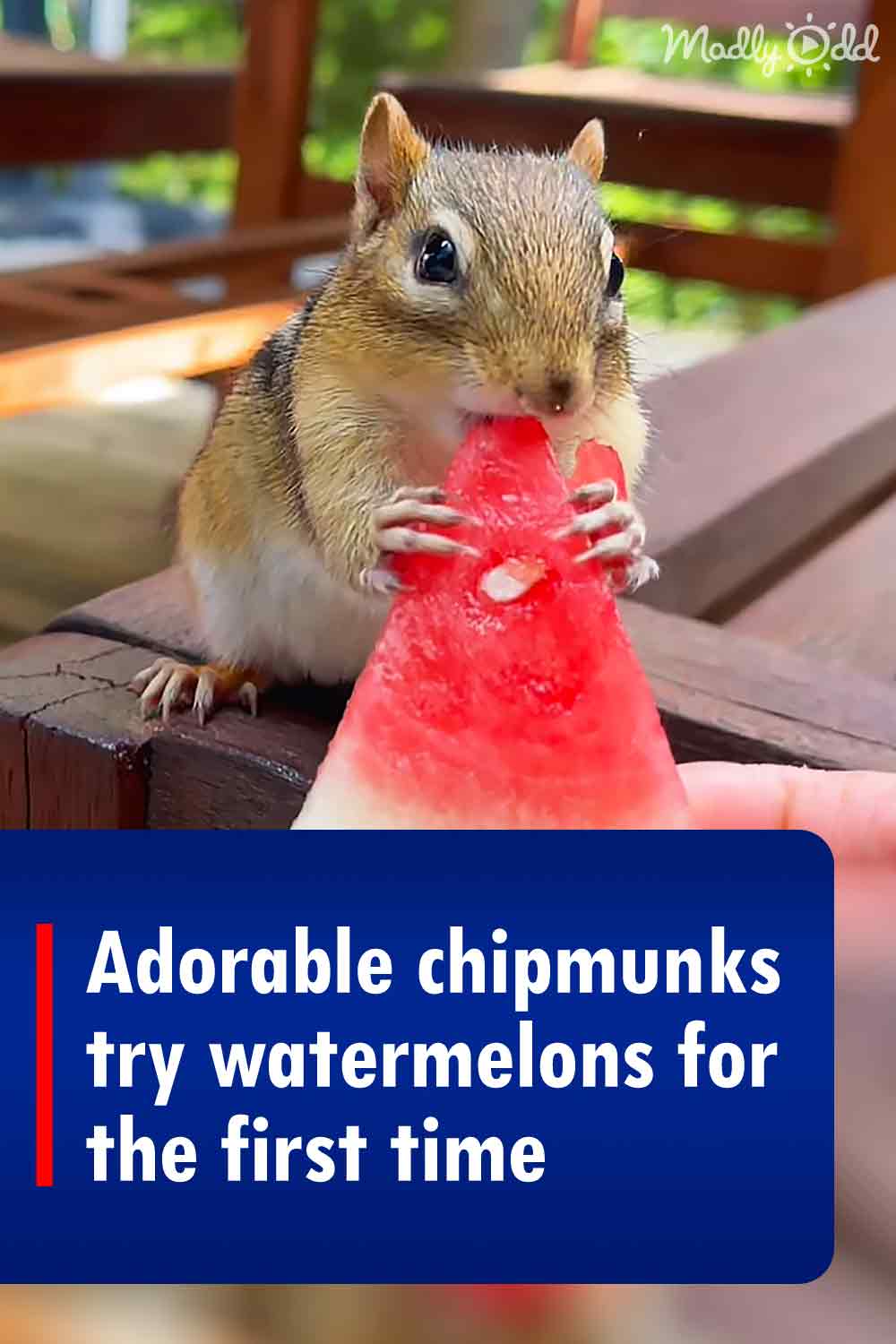