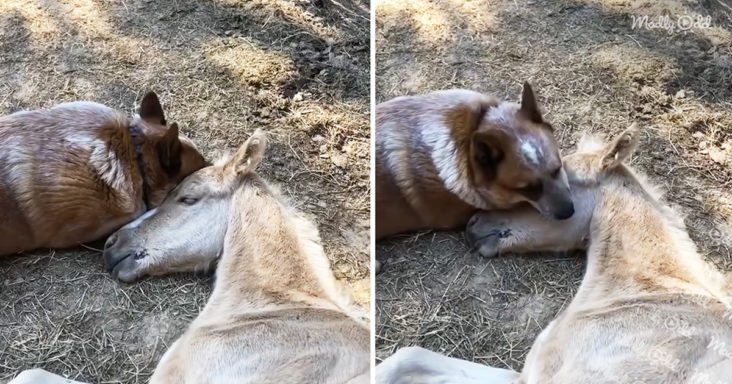 This adorable foal was orphaned at just nine days old. However, the sweet pup has been by its side giving it all the needed support and company.

Tye is an adorable foal whose mother died a few days after giving birth to him. The farm owner didn’t think Tye would make it but he did. Zip, the farm’s Australian cattle dog, has been keeping Tye company since the death of its mother.

The adorable pup has become more of an adoptive father to the orphaned foal since the two are always together. If they’re not playing, you’ll find the dog laying his head on the baby horse. 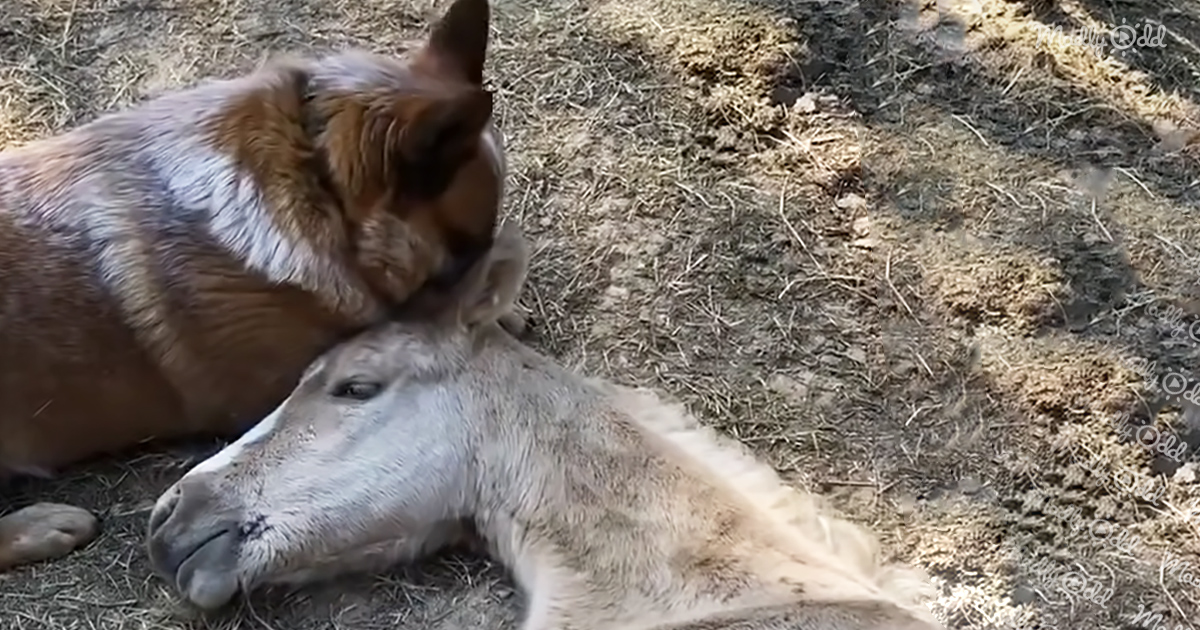 Before, Zip who is a five-year-old rescue dog didn’t show any interest in the horses because he’d only take a peek through the door. All this changed when Tye was orphaned at only nine days. It’s as if Zip understood the loneliness the foal was going through.

Whenever Tye isn’t spending time with Zip, you’ll find him hanging out with his elder sister learning the ways of the horses. Dogs are loyal friends to humans but the bond between Zip and Tye shows that they can be good to their fellow animals.

Although Tye is now a grown and independent horse, he still has a unique bond with Zip. With more than fifty thousand views, we can tell many people enjoyed watching this heartwarming video. 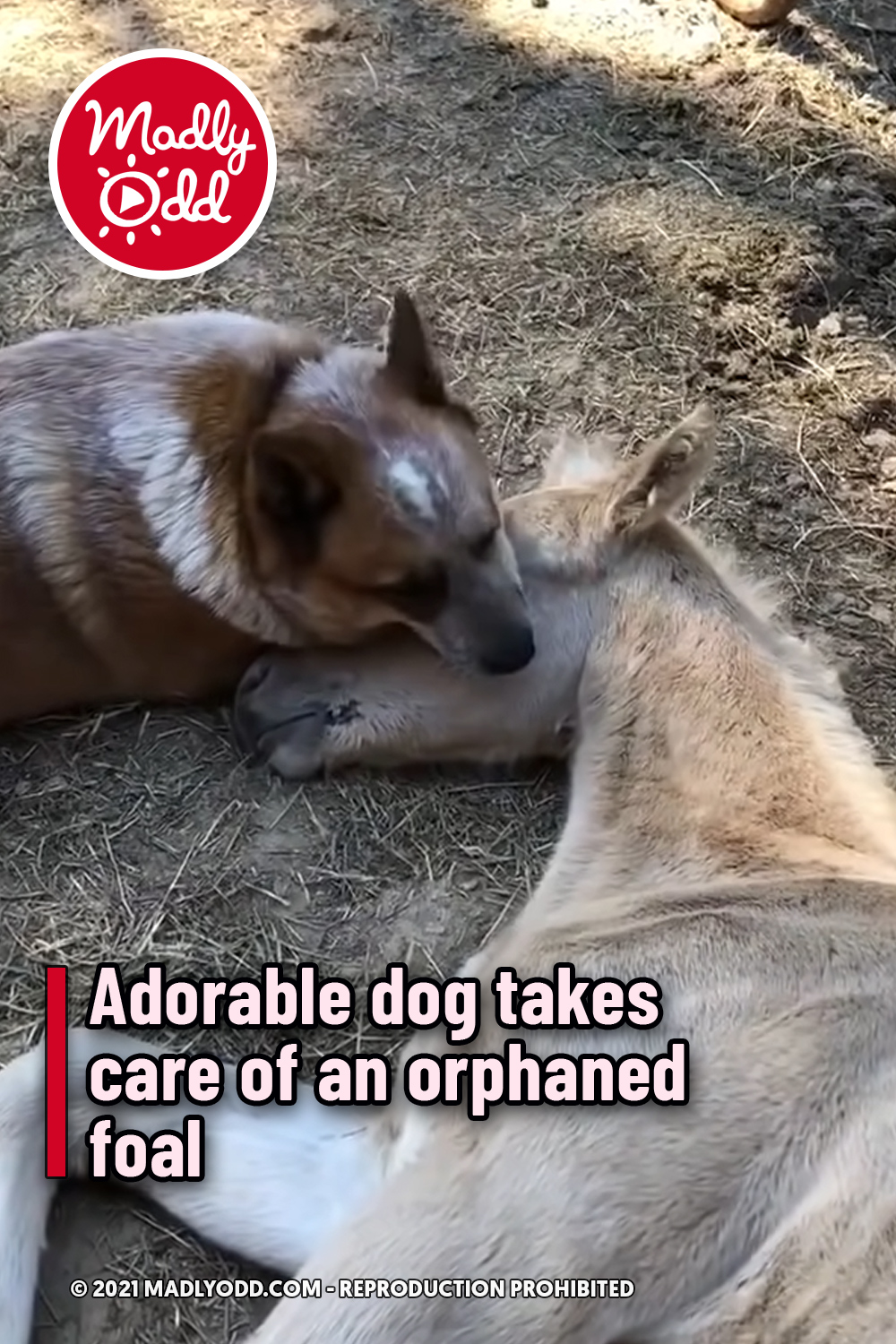