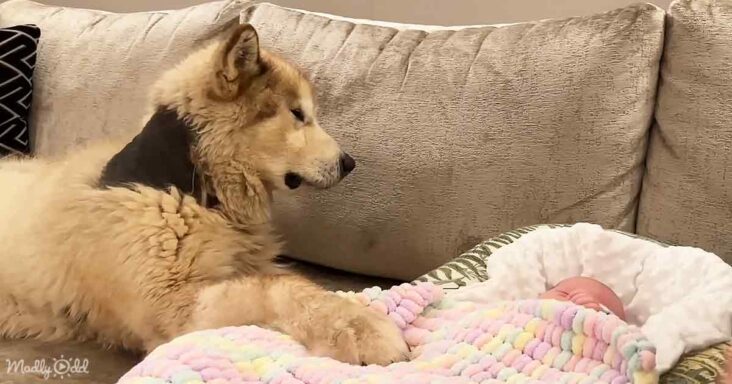 It has been quite a while since Phil was introduced to his cute baby sister by his owners. This time, it was his turn to meet his newborn baby brother. Phil was a giant Malamute dog. 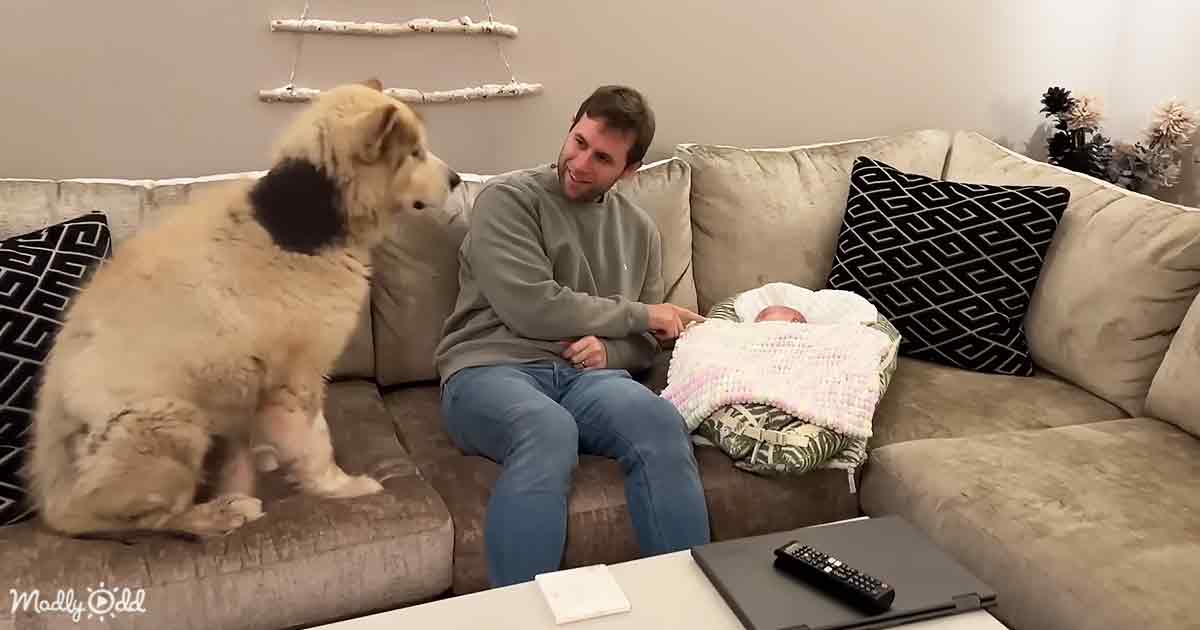 Despite his enormous size, Phil was quiet and peaceful. It was the day when his dad allowed Phil to meet his baby sister. His dad opened the door to the room for the dog, and he inquisitively walked in.

First, he sniffed at Milo, the family cat sitting on the ground. Then, he went to the oversized couch, where he noticed a new basket. He looked up at his dad as if asking, “What’s this?” 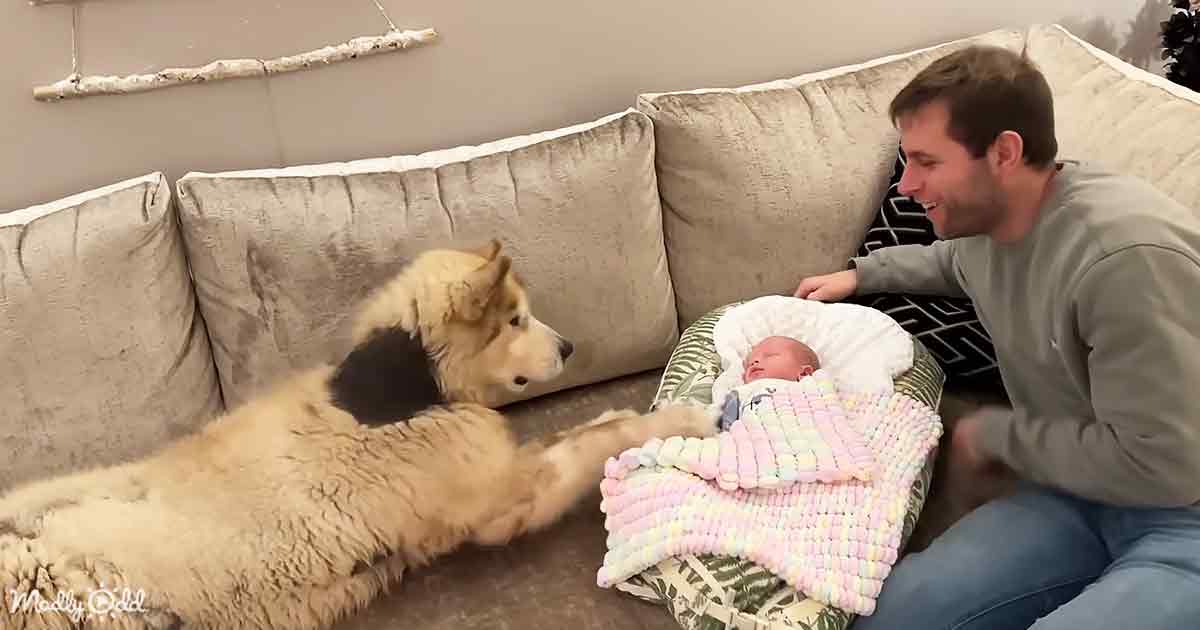 Phil’s dad sat next to the basket, and the Malamute climbed up on the couch. The owner introduced Phil to the newborn girl, sleeping in the warm and cozy basket. Phil carefully and slowly put his paws forward on his dad’s lap and lay close to the basket as if trying to get a sniff of the new baby.

Soon, his dad went over to the other side of the basket, and Phil got a better opportunity to look at the baby. Finally, his dad asked Phil to say woof, and the giant Malamute lovingly responded. However, he ensured he wasn’t too loud to disturb the sleeping baby. 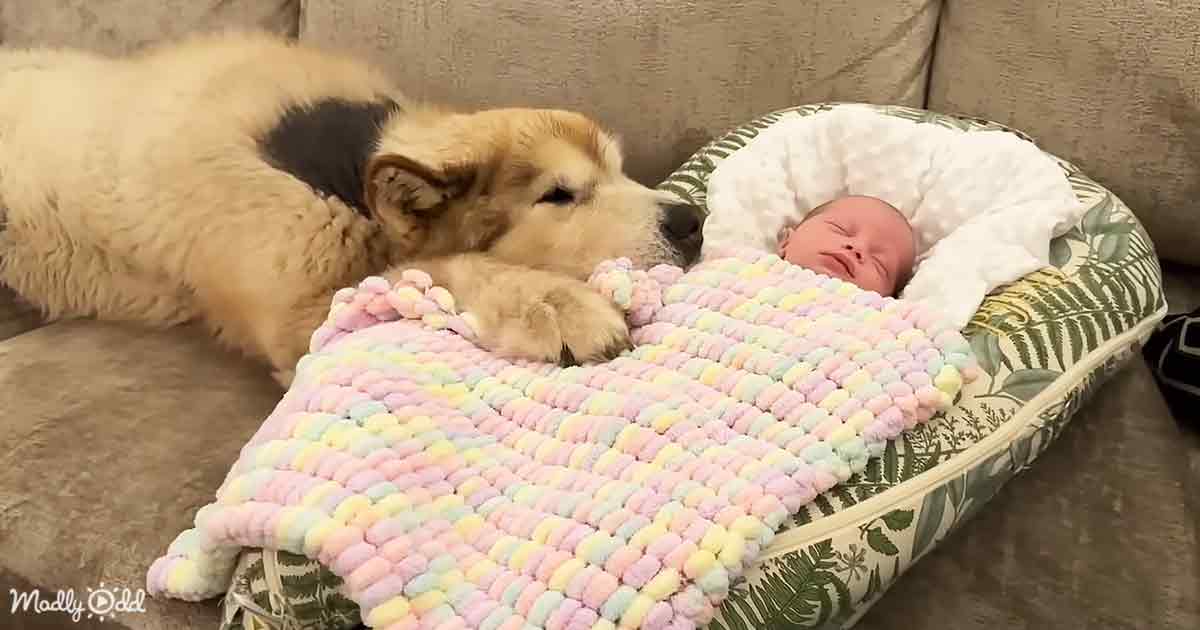 Phil tried to tap the baby with his huge paws, which his dad quickly prevented. He thought that the sharp claws may harm the baby. But the clever dog understood this and was happy to keep his nose close to the baby. While the dog tried to be friendly with the sleeping baby, Milo preferred to be in his own world.

The dog responded with a soft howl whenever the newborn’s parents asked Phil to speak. He sat next to the baby in such a way that made him look like a proud lion. While the baby slept peacefully, Phil waited patiently for his baby brother to wake up. 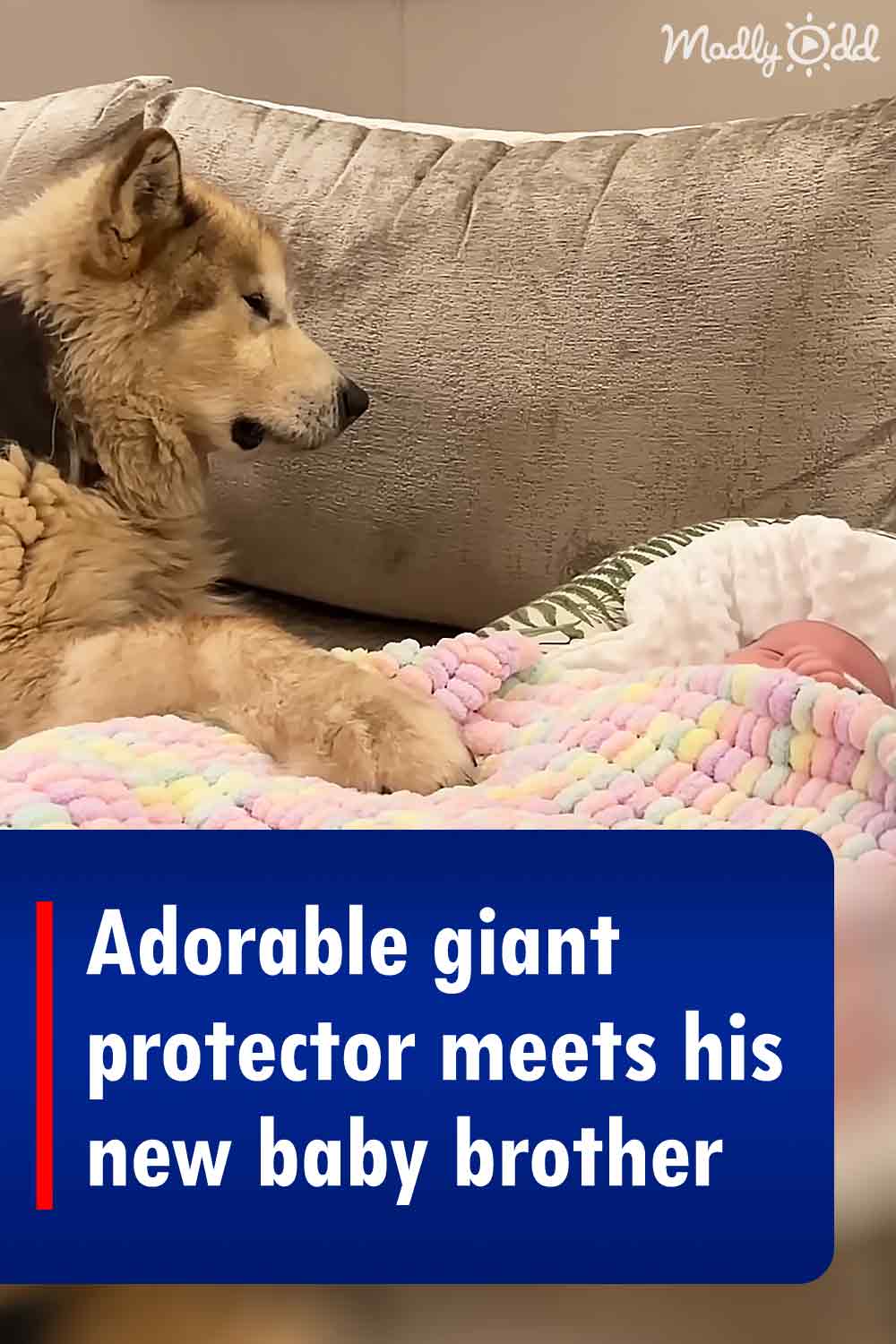