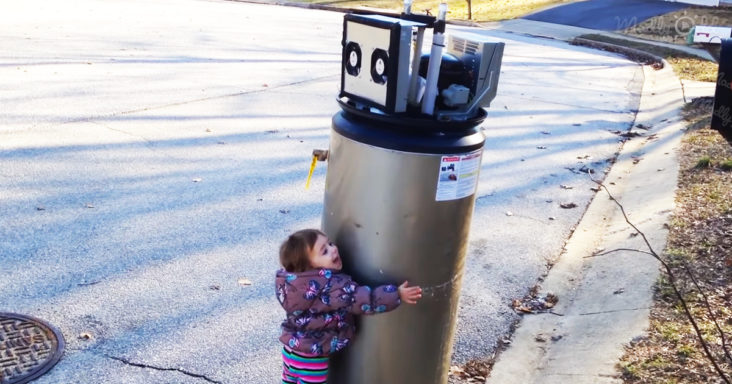 There are few things more magical than a childlike imagination. When a little girl was walking down the street, her wondrous eyes could see things most people cannot.

In front of her there stood a tremendous metallic figure, he was completely still. A stalwart and strong figure, surely this was a robot. Perhaps imagination is the wrong word for what she sees.

The abandoned water heater in her eyes was a robot, she may have imagined it, but to her, he was as real as anything else. As she approached the solitary figure she seemed to recognize that he was lonely.

Without hesitation, the little girl gave the robot a hug, her arms barely long enough to wrap around half of his body. He was three times her size, but she was not intimidated. 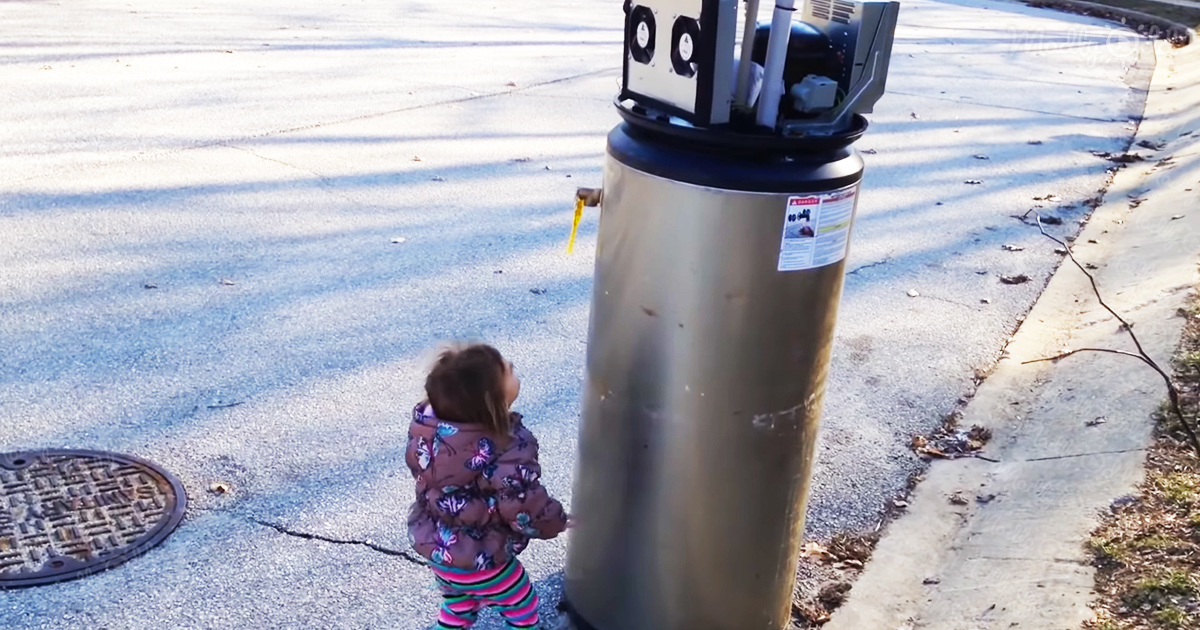 She declared her love for her new friend. Her head tilted up at where his eyes would be, she had a bright smile and eyes full of wonder.

Unfortunately, the robot did not give her a response, the abandoned water heater sat there completely still. The girl was not looking for anything in return, she was satisfied with making a new friend.

On the street, a robot and a little girl stared at each other. Both of their hearts are full of love and friendship.