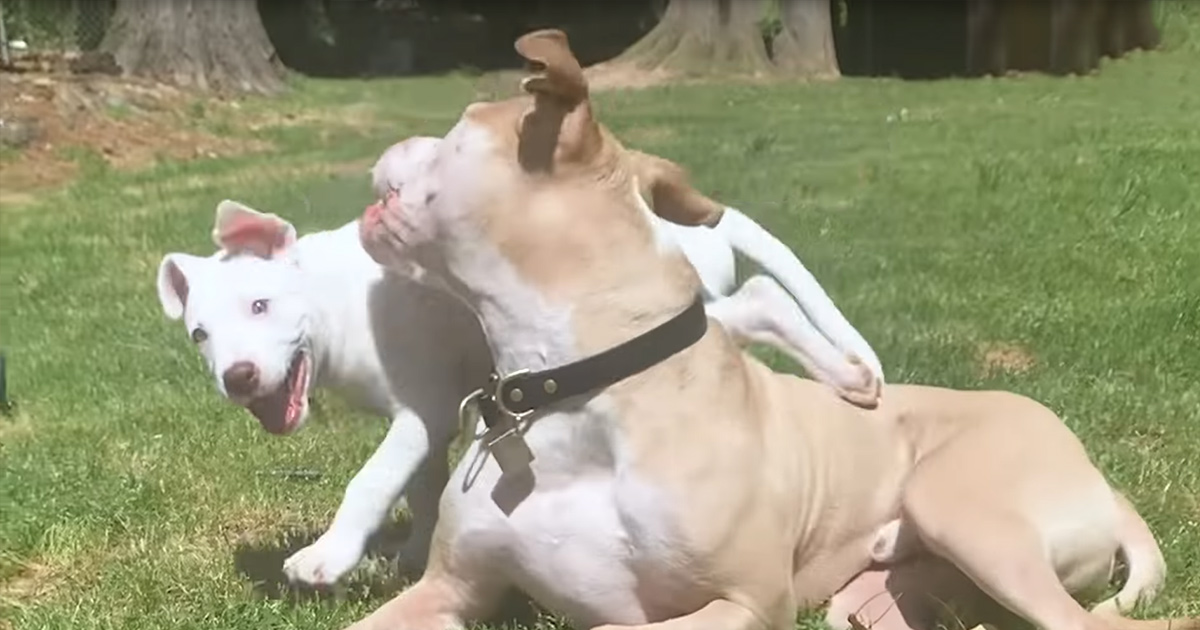 Thousands of animals all over the country are waiting to be fostered before going to a forever home. A charming little pit bull named Snax found himself rooming with a much bigger pit when he was taken in by a woman named Anne.

Anne already owned a beautiful dog named Thunder, who was old enough to know all the tricks in the book. When she brought Snax home, Thunder knew it was his job to teach this little cutie the lay of the land.

He taught him how to walk on a leash, but Thunder also showed Snax how to chew on a bone, sit nicely for treats, and look undeniably adorable when taking a nap together on the couch.

Snax was eventually adopted and was separated from his favorite friend, Thunder. One day, when Anne was walking her dog, they happened to cross paths with Snax, and the reunion was beyond heartwarming. 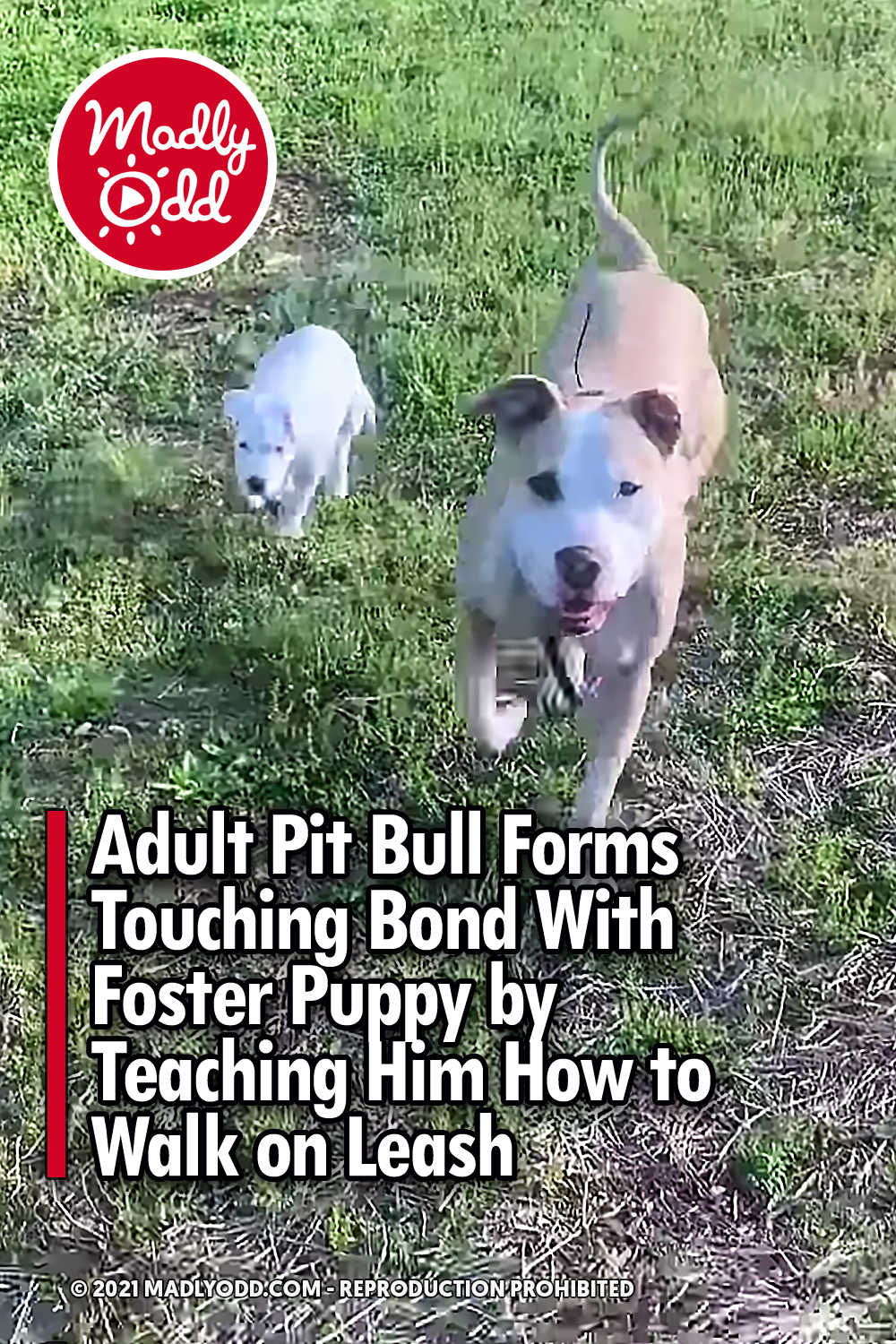