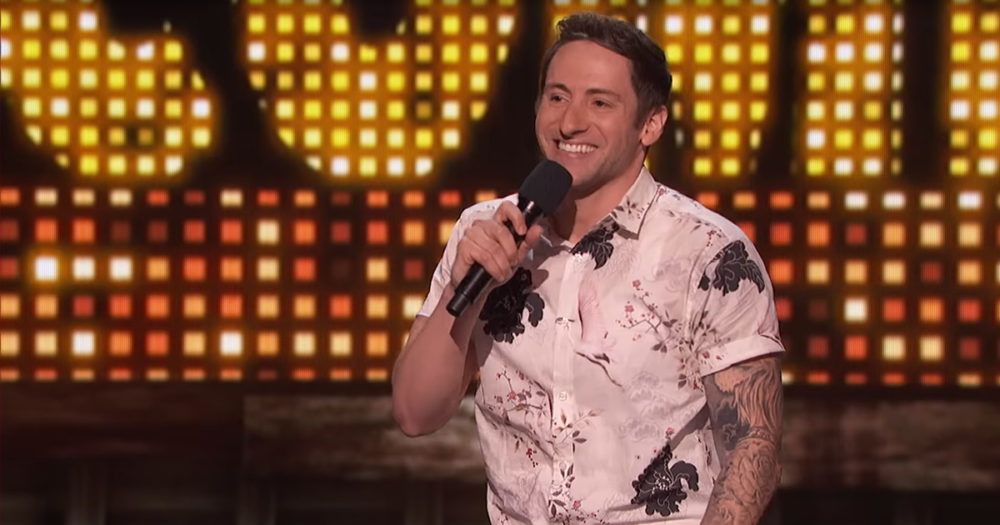 There are winners and losers. It’s a fact of life when it comes to talent shows like America’s Got Talent, and sadly we have to say goodbye to a lot of great acts, but we’re ready for the finals… almost.

The first of TWO semifinals of “America’s Got Talent” aired last week featuring eleven outstanding acts over the course this power-packed two-hour episode. But not all made the cut.

And likewise, we’re very excited despite all the ups and downs because now the remaining acts are truly a dream-line-up of amazing talent, the likes of which the world of entertainment has rarely seen.

That’s why we’re utterly shocked and surprised with the remaining acts. We were stunned that two of our favorite singers didn’t make it. Nobody saw it coming. And what’s more is that it’s looking like the upcoming Final will turn out to be an epic battle unlike anything we’ve ever seen on America’s Got Talent.

Who are the winners?

Michael Ketterer is better known as “the man who made Simon cry”, this father of 5 and pediatric nurse moved our hearts with a beautiful cover of “When I Look At You” by Miley Cyrus:

Duo Transcend didn’t want to play it safe. The married couple performed a mind-blowing performance while engulfed in flames on the AGT stage:

Samuel J. Comroe told a hilarious story about a woman who came up with a novel solution to cure him of Tourette Syndrome. He had the audience in stitches:

Next, we have Shin Lim. Shin’s magic was incredible! The illusionist performed with smoking hot card tricks and impressed the heck out of everyone, but notably Tyra Banks and Heidi Klum:

The last act of the night going on the the America’s Got Talent 2018 finals is Zurcaroh. We were STUNNED by the beauty of their shocking act set in ancient Egypt:

Who didn’t make it last week?

Voices of Hope Children’s Choir performed a touching rendition of “Defying Gravity” from Wicked, but unfortunately, they did not make the cut:

Makayla Phillips performed a beautiful cover of “Who You Are” by Jessie J, but the 15-year-old-singer didn’t have the votes to make it to the next round:

Amanda Mena performed an amazing rendition of “Happy” by Pharrell and everyone said it was better than the original, so we were shocked when we heard the 15-year-old singer didn’t make the cut:

Us The Duo performed an amazing original song called “Broke”, but the expectant couple didn’t have the supported they needed. Alas, there’s only room for so many:

Front Pictures returned to AGT as a “wildcard act” and put on an incredible multimedia visual display, but they didn’t make it either:

Junior New System, the dance group from the Philippines returned with a basketball-themed red stiletto extravaganza, but America said no:

The 11 remaining semifinalists will go on to compete on Tuesday (8 EDT/PDT), with five acts from hat group advancing to the finals. A champion will be crowned on Sept. 19. The suspense is driving us crazy!

Until then the second semifinal will see another 11 acts battle it out for the five “Finals” spots. These include the teen singer Courtney Hadwin, singing sibling trio We Three, comedian Vicki Barbolak, mentalist Aaron Crow, opera singer Daniel Emmet, and violinist Brian King Joseph.

The other acts still in the race for the finals are singer Christina Wells, dance troupe Da RepubliK, Angel City Chorale choir, singers and Glennis Grace and Noah Guthrie.