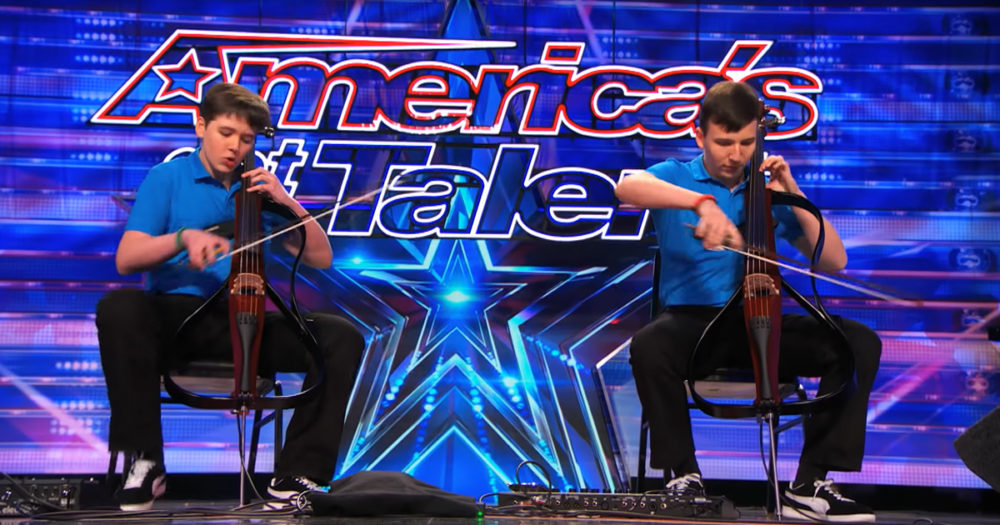 Emil and Dariel are two young brothers, who have been classically trained in the cello. Their grandfather, who immigrated to the US from Russia, taught them how to play. He also says that he taught them, “In America when you work hard, dreams can come true.” The brothers have come to ‘AGT’ with the dream of winning the one million dollar prize with their dueling cello act.

Their grandfather is emotional just watching the boy’s step on the stage, and you can see his eyes fill with tears. One boy says, “that after everything he has done for them, he deserves to see them on a big stage.”

The judges, and audience, are floored when they hear a Jimi Hendrix tune being played by two young kids, who are wailing on their cellos. The boys’ facial expressions prove they are having the time of their lives, and the crowd instantly rises into a standing ovation.

Howard Stern calls them the “Coolest guys on the block.” Their poor grandfather is fully crying with Nick Cannon backstage. Nick tells him, “you should be very proud.” The brothers get a ‘yes’ from each judge, and they earned it!