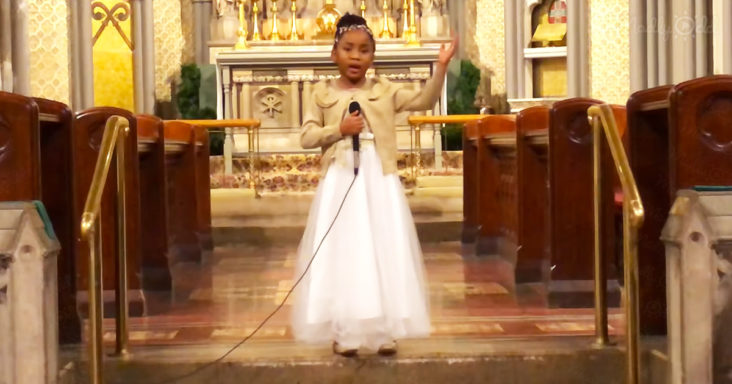 Victory Brinker of America’s Got Talent fame wraps up an amazing year of singing at venues all along the east coast with a beautiful performance of O Holy Night.

Standing in a historic New York cathedral, Victory’s voice echoes off the walls, giving her an ethereal presence through the performance.

The reverberation of the cathedral gives her voice a majestic effect that starkly contrasts her tiny stature. But rather than be intimidated by her surroundings, Victory looks like a seasoned opera singer on the cathedral’s pulpit. 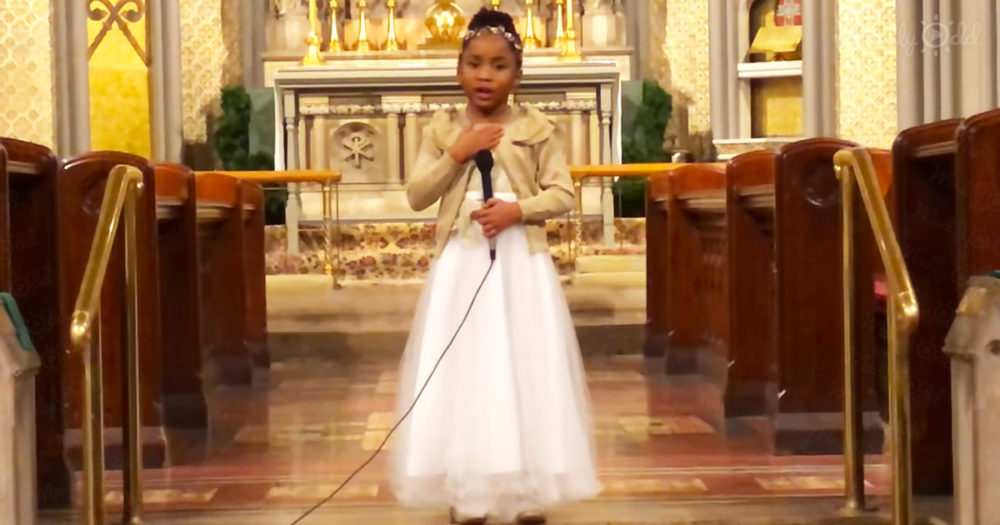 As well she should, having been performing regularly across the east coast ever since she got her break on America’s Got Talent. For a six-year-old, her singing career is off to a flying start.

Victory made history when she became the first person ever on America’s Got Talent to receive all five golden buzzers from the four judges and the host.

She achieved this feat with a powerful performance of “Juliette’s Waltz” from the French opera “Roméo et Juliette.” Ever since that episode aired, Victory said that “everybody is giving me so much love.”

“It truly is so touching,” her mother added. “Our community and family and friends — everyone has been so encouraging and supportive. That’s even more overwhelming than the golden buzzers.”