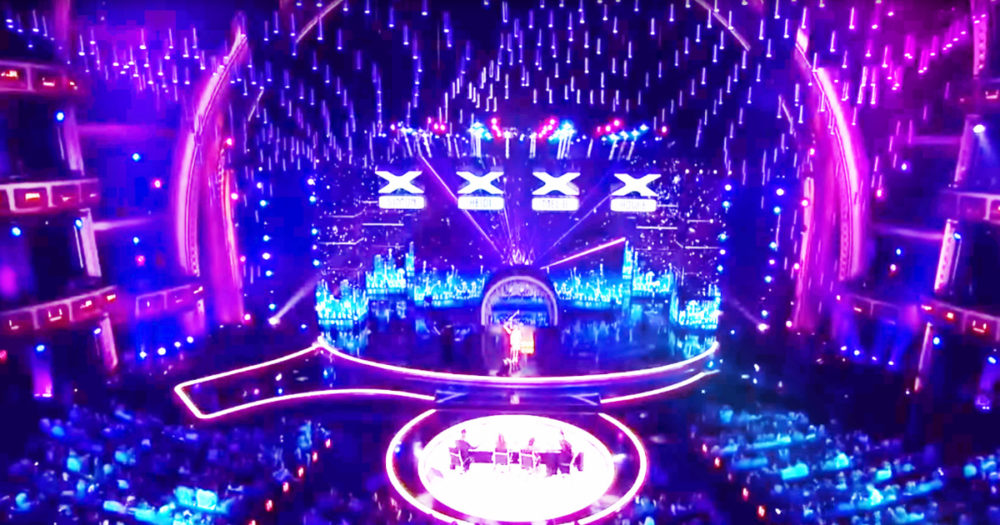 The act is called “Front Pictures” and they astonished America’s Got Talent fans last Tuesday with their colorful light projection performance which creatively combined a REAL person a high tech laser light show. I emphasize “real” because the special effects are so tremendous, you might think it’s all computer-generated, but no; that’s a real guy there!

Front Pictures used the stage, suspension cables, and a combination of powerful lasers and projectors to create a virtual-reality video game atmosphere. Whether you’re one for video games or not, you will be dazzled by the sheer visual spectacle and neon colors as you see the performer flying, falling, surfing, and swimming.

The panel and the audience was slow to warm up (I thought the beginning was a bit stretched, but it’s worth watching because it sets the story, and yes, there is a story.) Soon the judges were mesmerized by the dazzling and dynamic performance, eating up every minute of the act. Judge Mel B was completely amazed and taken in, confessing, “You crammed so much into that, I loved it.” She went on, “The amount go creativity that goes into that is amazing,” said Howie. “It blew my mind. I love it.”

Judge Heidi Klum was left dumbfounded and was relatively speechless, but echoed my thoughts exactly: “One of the most amazing things I’ve ever seen.” (Indeed, this was a first for me. These guys whether they win the show are not are going to Vegas; their careers as performers are assured.)

Judge Howie Mandel’s had the most remarkable reaction. His expression telegraphed what we were all thinking: This was amazing. Just watch his face during the act. He was rightfully dazzled and completely engulfed by the visuals and the creative narrative.

What about that cantankerous Brit, Simon Cowell? Well, his face was somewhat reserved, but I did catch him with his mouth agape more than once (and no, word were not coming out, so yes, that is a rarity and a signal if anything). Simon’s response was the icing on the cake when he said, “That was perfection.”

The judges were unanimous in their decision, giving Front Pictures all four “yes” votes, sending them through to the next round and giving them a shot at the 1 million dollar grand prize, plus a chance to headline their own Las Vegas act (but frankly, I think these guys have Vegas in the bag. Now, turn up your brightness all the way up and watch.) 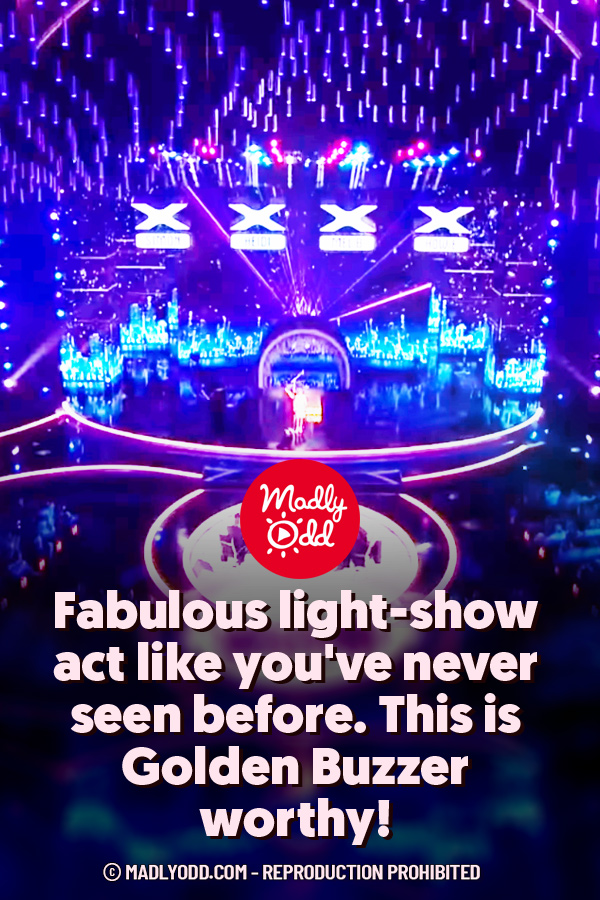