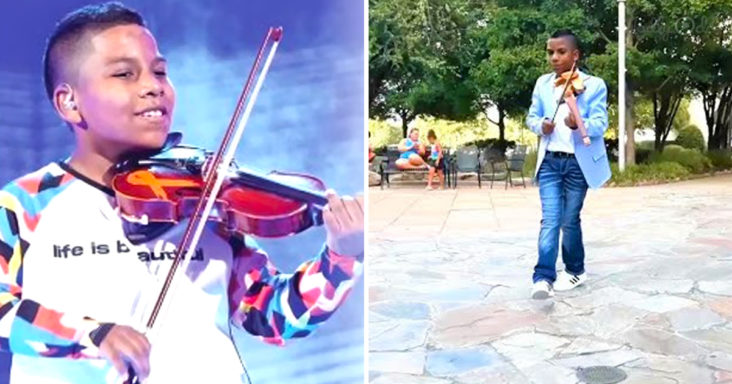 A 13-year old violinist is taking the world by storm with an amazing street performance of the Swedish House Mafia hit Don’t You Worry, Child.

He is standing in the middle of a small courtyard outside the Triangle Town Center shopping mall in Raleigh, North Carolina, belting out the tune on his violin with a backing track playing on a portable speaker.

He puts so much energy and emotion into his performance that people in the background can be seen taking a break from shopping to watch him play. 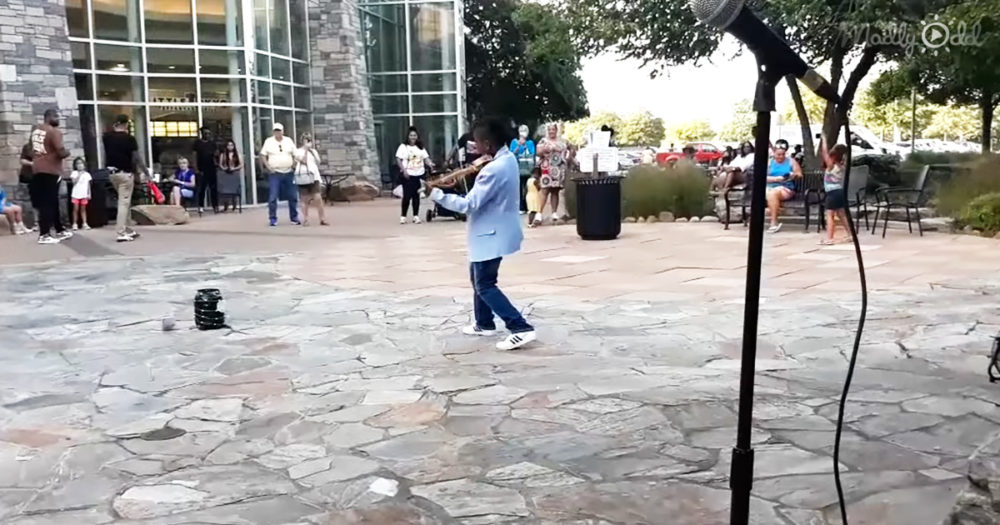 What’s amazing about Tyler is that he is a survivor of Leukemia. When he was just four years old, Tyler was diagnosed with Acute Lymphoblastic Leukemia and has been in remission for five years now.

As soon as he was deemed to be clear of the deadly disease, Tyler decided to take charge of his life and immediately started to learn to play the violin.

He became so talented that he can comfortably play over a dozen genres including pop, classical, gospel, soul, and hip hop.

Tyler has performed at many major events like America’s Got Talent, The Ellen DeGeneres Show, and for the legendary Gospel singer Shirley Caesar. He has won third place on AGT: Champions and made it to the list of AGT’s ten most viral contestants in their 15-year history.