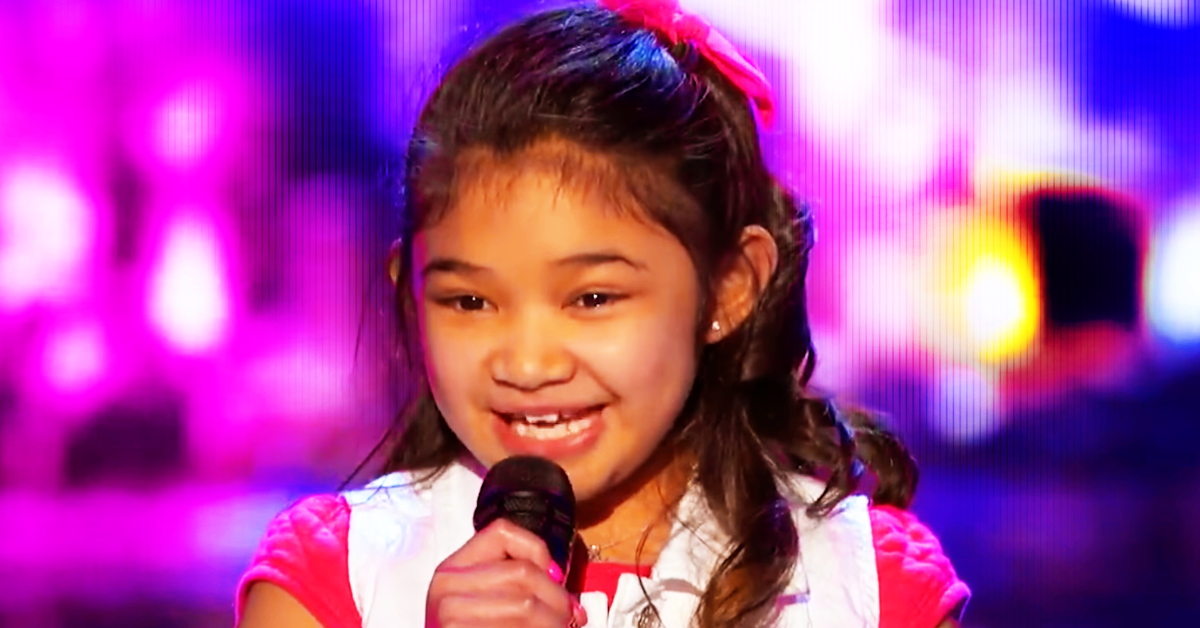 When 9-year-old Angelica Hale made her first appearance on America’s Got Talent, she stunned the judges and the audience with a truly spectacular performance of Andra Day’s “Rise Up,” which won her widespread recognition and fame on social media.

Having passed to the next round of the contest, Hale stated she was more anxious than ever before, but you would never know it. She held herself like a professional, not breaking her poise or her charm.

“I want to make it to the live shows so bad!” the charming 9-year-old said in a backstage conversation prior to her appearance. “I’ve worked so hard to get to this point, so I’ve got to show them. I’ve got to do my best.”

The little girl walked onstage confidently in a pink dress, snappy denim vest, and purple-laced sneakers, looking like “every girl” in America and by that I mean simply adorable!

So when she stepped up to the mic and started to sing Alicia Keys’ “Girl on Fire,” her commanding voice came as a surprise to panelist Chris Hardwick, who missed her astounding performance in the first round.

Angelica’s jaw-dropping voice shocked the daylights out of Hardwick and the entire audience was raving with awe and delight as they rose to their feet in unison and chanted her name. Thus began a precocious exchange between one of the judges and the 9-year-old.

“Remember what I said to you the first time you sang?” Judge Howie Mandel asked Angelica after her performance. The girl didn’t miss a beat and replied beaming, “You said I had a good chance at winning America’s Got Talent, and Howie, I’ll never forget that.” To which Howie said: “Well you know something, Angelica? I’ll never forget you, and I still tonight have not changed my mind.”

As the normally cranky and cantankerous Simon Cowell, he confessed he had some pre-performance jitters and didn’t think the youngster could pull it off, but he admitted she proved him absolutely wrong. He looked Angelica in the eyes and said, “You nailed it, Angelica.”

Judge Hardwick had the biggest reaction of all of the judges on America’s Got Talent. He began, “I’m so blown away because you walk out and you look like this adorable little child. And then you open your mouth and it’s like, ‘How do those pipes fit in that tiny body?’ You are unbelievable!” Hardwick shouted as his eyes darted to the Golden Buzzer, giving everyone a sense of what was to come.

“Angelica, you are the chosen one!” Hardwick proclaimed with gusto as he banged the button, releasing a rain of glittering confetti onto the stage as the stunned performer cried tears of joy.

This little girl has a very emotional backstory: When she was just four years old, her parents had to take her to the emergency room for double pneumonia and her kidneys had ceased functioning. Her tearful father said they thought they were going to lose their little girl until her mother turned out to be a perfect donor and saved her life. Watch more of Angelica Hale’s heartwarming and dramatic story in this video. 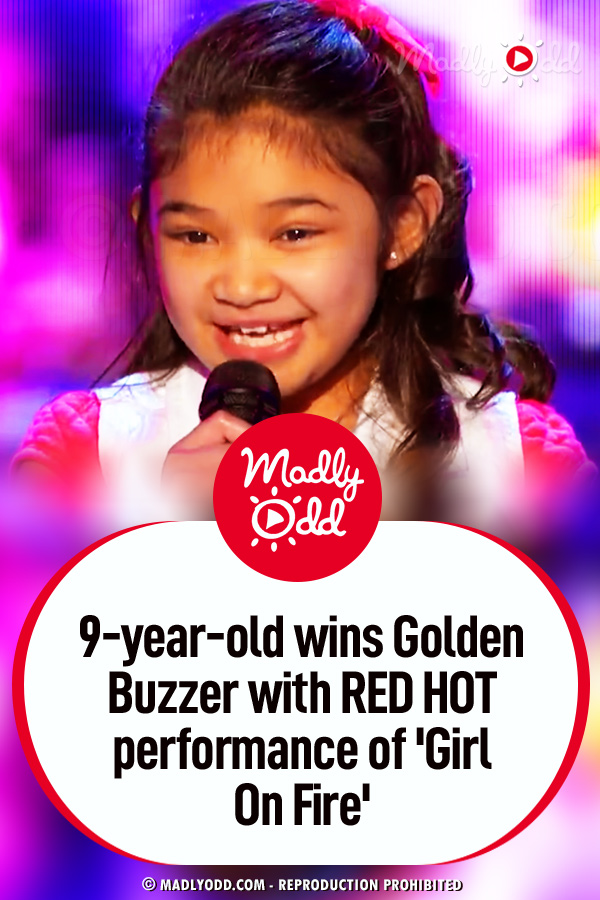