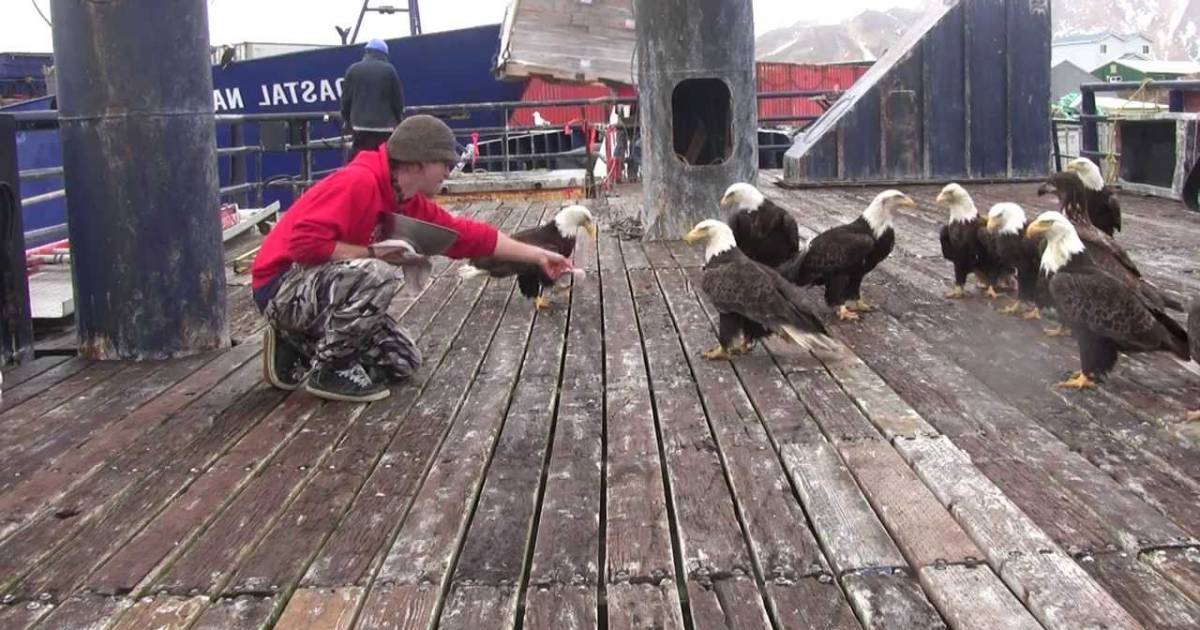 Way out in the Aleutian Islands, you’ll find Dutch Harbor, a seaport near the small town of Unalaska. The fishermen of Dutch Harbor are nothing if not hard-working. For over 30 years now, they’ve been hauling in a bigger catch than any other port in the country. Dutch Harbor and its fisherman have become even more famous thanks to the Discovery Channel’s hit show “Deadliest Catch.”

If you’ve had the good fortune to see a bald eagle in person, you know just how amazing a sight America’s national bird is. This magnificent and dignified-looking raptor spreads its powerful wings and casts its piercing gaze over a range that extends from northern Mexico, across the 48 states, through much of Canada, and beyond to Alaska. 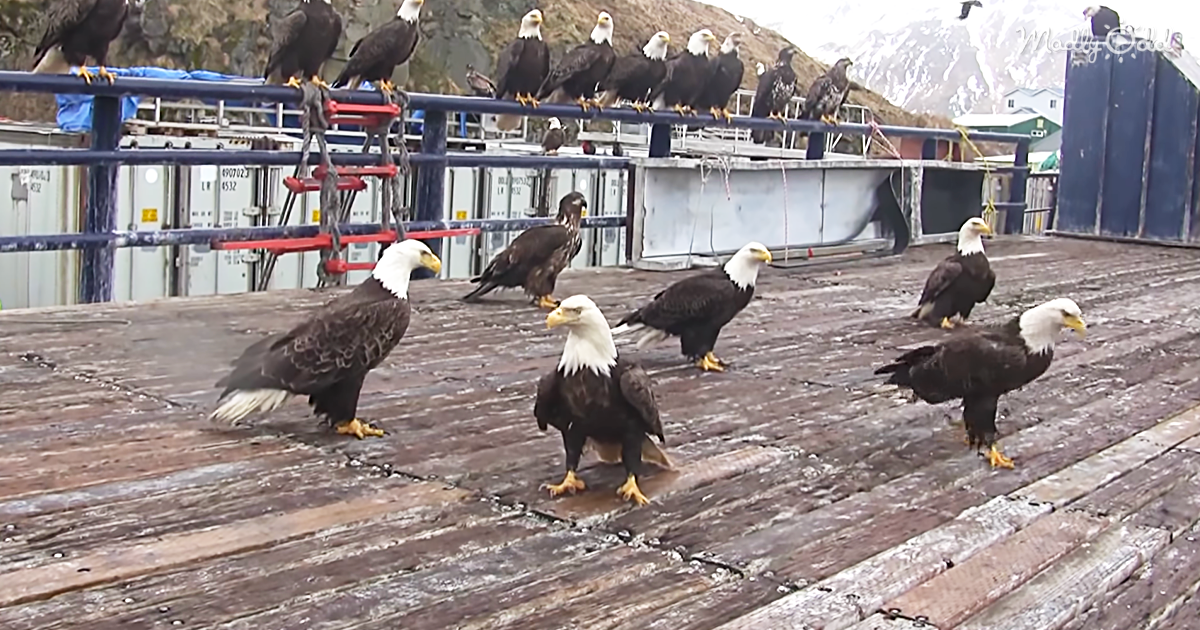 A half-century ago, the bald eagle was threatened with extinction, chiefly due to hunting and pollution. People were shocked, and measures were taken to protect the national bird, most notably the 1972 ban on DDT. The bald eagle was saved, and its population has since rebounded smartly.

Bald eagles are found in a wide variety of habitats, but they’re technically a type of “sea eagle.” It should thus come as no surprise that fish are its favorite food. This brings our story back to the fisherman of Dutch Harbor. 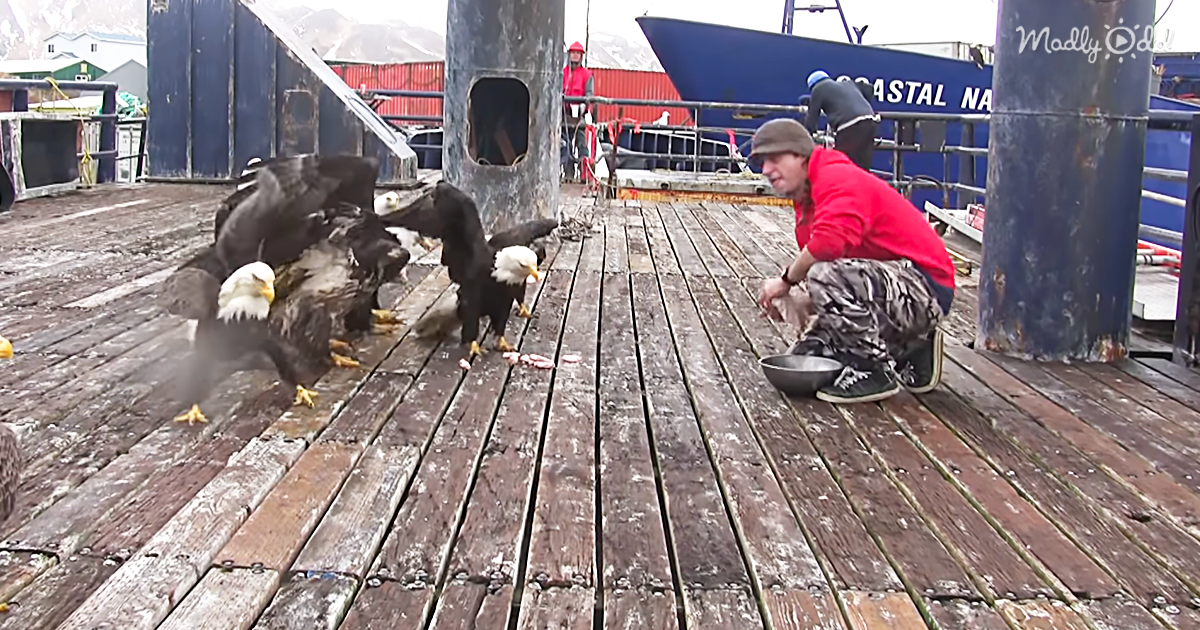 Being near just one bald eagle is an unforgettable experience. But in the video we’ve posted below, you’ll see a Dutch Harbor fisherman named Jessie Peek feeding an entire flock of bald eagles. They’re going wild with joy as he tosses bits of seafood their way. You’ll want to be sure to watch the entire video: things only get better when the camera pans left. Peek says this is “just another day in Alaska.” 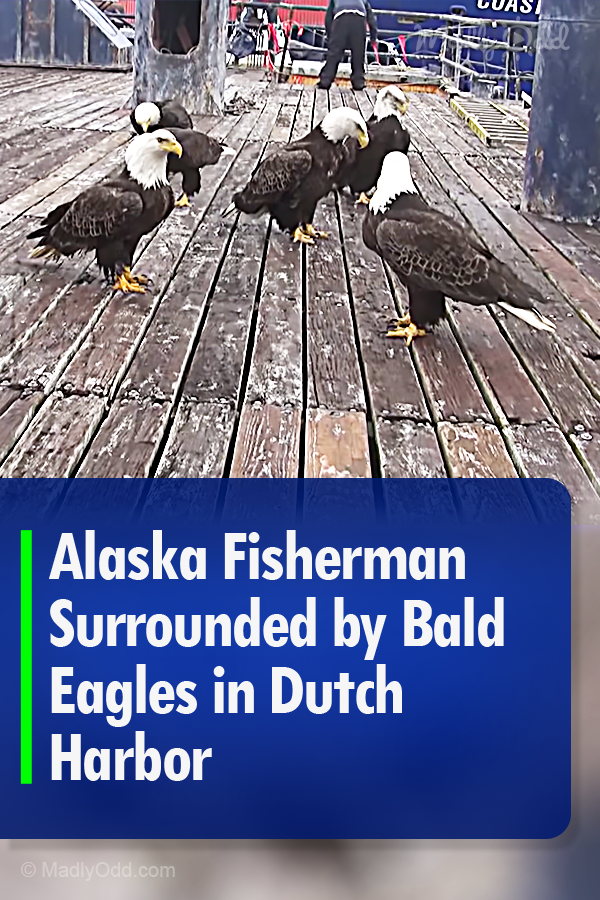