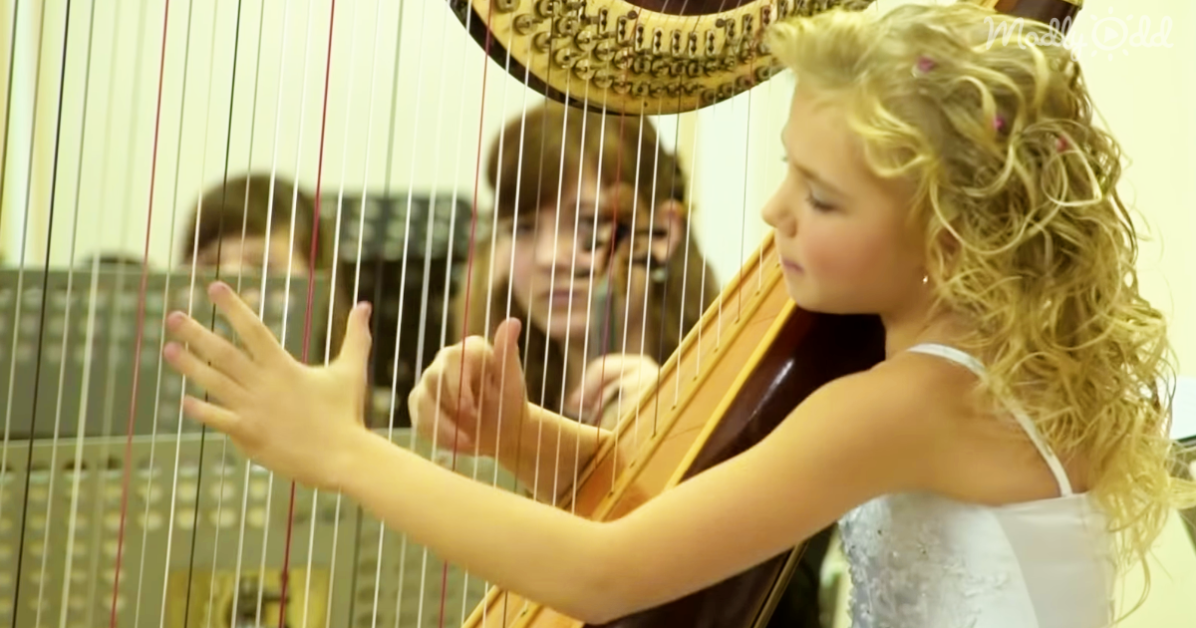 Listening to her music, if you closed your eyes you would think she was a maestro with decades of experience playing for you. But this little girl isn’t even a decade old and she has only been playing since she was five years old.

Alisa Sadikova is a child prodigy classical harpist from Saint Petersburg, Russia. While other children play with their toys little Alisa was learning to play the harp. 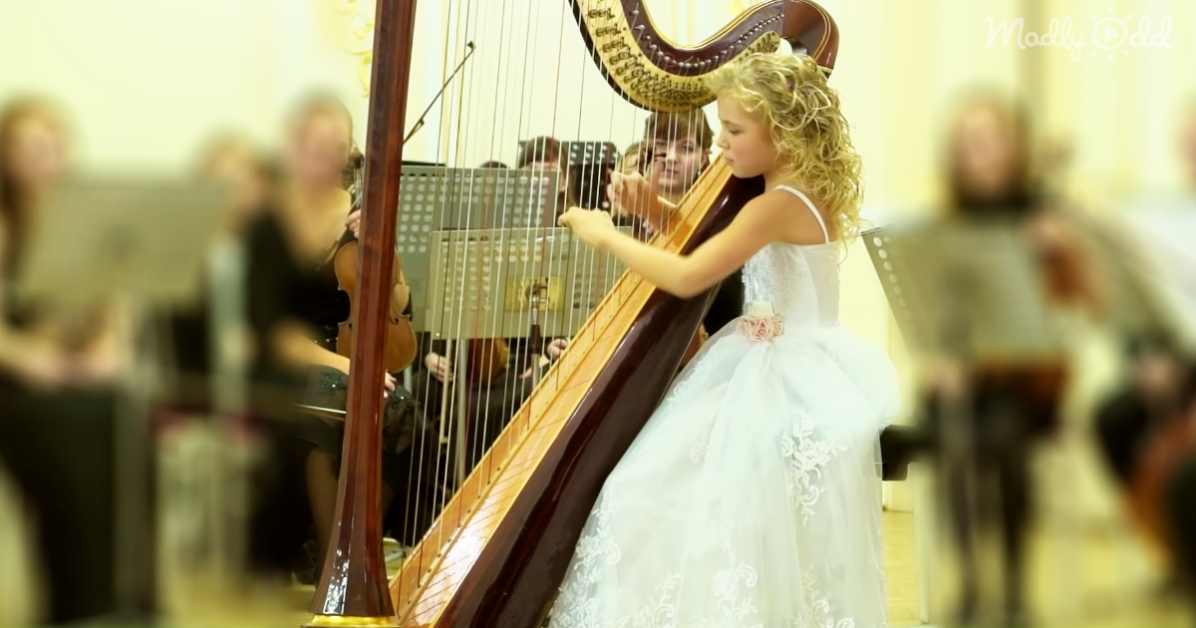 She was discovered by a family friend, harpist Olga Shevelich, who showed the little girl a musical piece on the harp and was astonished when the child played it back to her. It was the first time Alisa had even held the instrument. Shevelich immediately knew she had discovered someone extraordinary and she became Alisa’s teacher.

Alisa now studies at the Saint Petersburg’s State Conservatory in Russia under maestro Vladimir Spivakov ‘s sponsorship. She has won many international music awards and has played in some of the world’s most prestigious venues, including Carnegie Hall. She has performed solo concerts and often performs with orchestras.

Treat yourself to the pleasure of listening to her play. The harp looks enormous beside her but the little girl’s hands glide like flowing water over the strings and the beauty of the music that pours forth is pure magic.

If you enjoyed Alisa’s performance, please share her video because she truly has a God-given gift that was meant to be shared far and wide.