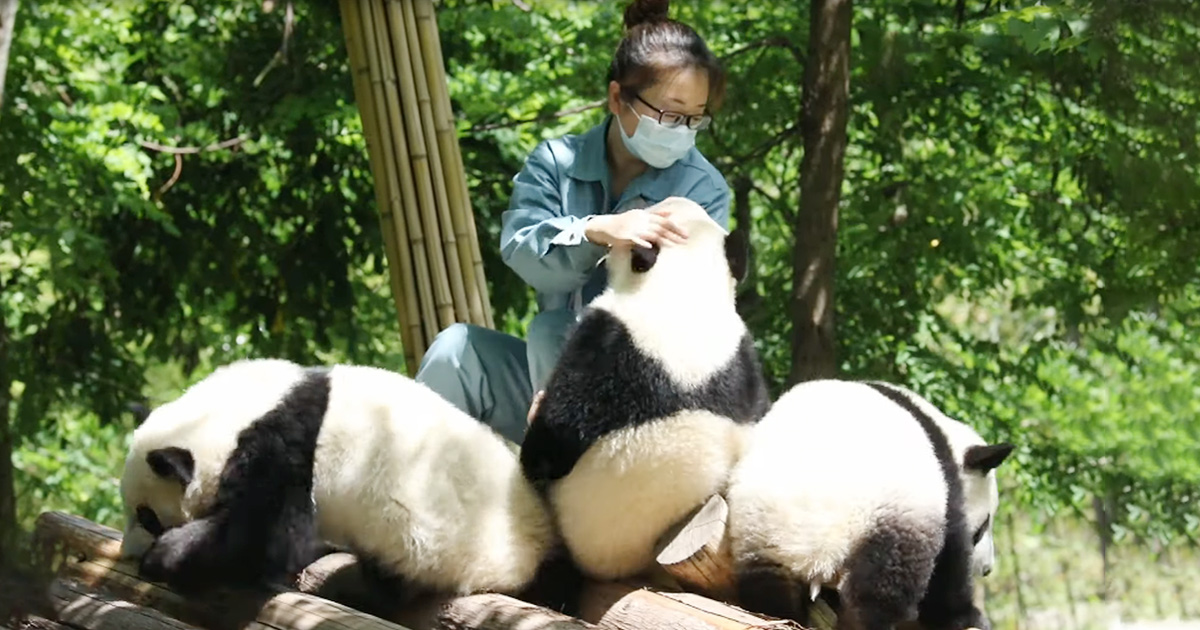 The Chengdu Research Base of Giant Panda Breeding is situated in Shaanxi, China, the natural homeland and breeding ground for giant pandas for over 4000-years.

Playing out like a literally giant teddy bear, this adorable baby giant panda isn’t done with fun and games for the day. The little one refuses to end playtime, rolling around joyfully just like a child would. Now that’s amazing.

Giant pandas are an endangered species of which there are less than 2000 left in the wild. Sanctuaries like this combine the panda’s natural habitat with premier conversation and welfare assistance to guarantee that the species not only survives but thrives.

The conversation area that you see in this heartwarming clip began in 1953 when a wild panda was found needing rescue in Yutang. Ever since the people have been coming together to make the welfare and wellbeing of giant pandas their foremost priority, and it sure pays off.