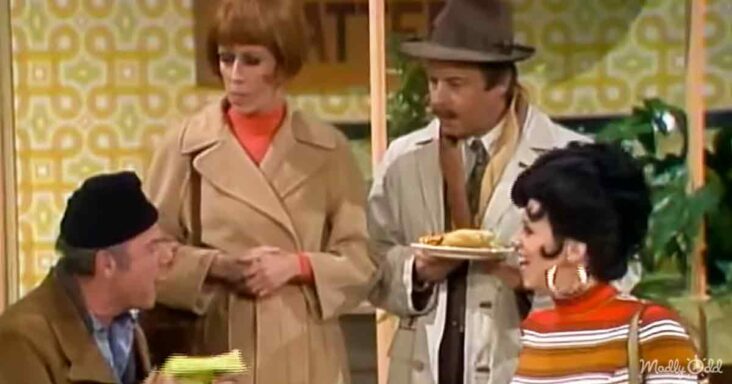 ‘The Carol Burnett Show’ featured a funny skit involving Carol, Tim Conway, Vicki Lawrence and Harvey Korman in the cafeteria. The four amazing comedians play off each other for multiple laughs. Carol walks into the cafeteria with a tray of food and asks Tim if she could sit with him. He says she can in a very comical accent. Carol says it’s pretty crowded, and Tim responds with a long ‘Yes.’ 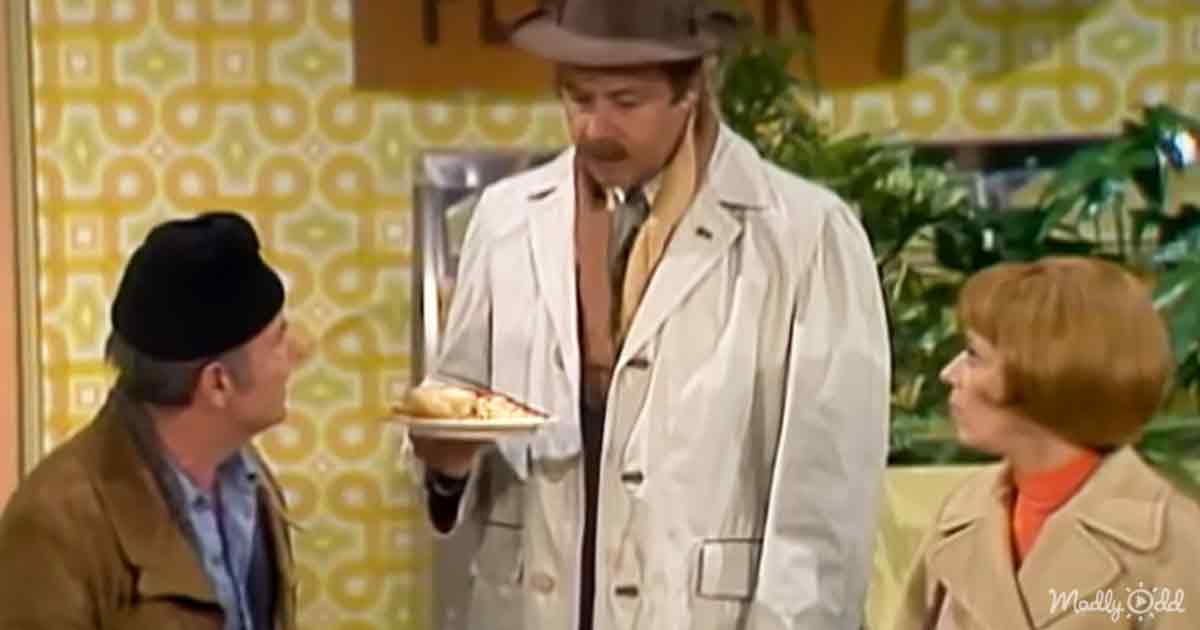 Tim tells Carol that her lasagna looks good. He complains that he doesn’t get enough sauce on his spaghetti and gets up to get more. Then, Harvey comes over and sits in his spot.

Carol protests, telling Harvey someone is sitting in the seat. He replies, ‘Yeah, I know. I am.’ Tim comes back and says, ‘I had my very body on that chair right there.’ Harvey says he doesn’t see a name on the chair and then tells Tim to go away. 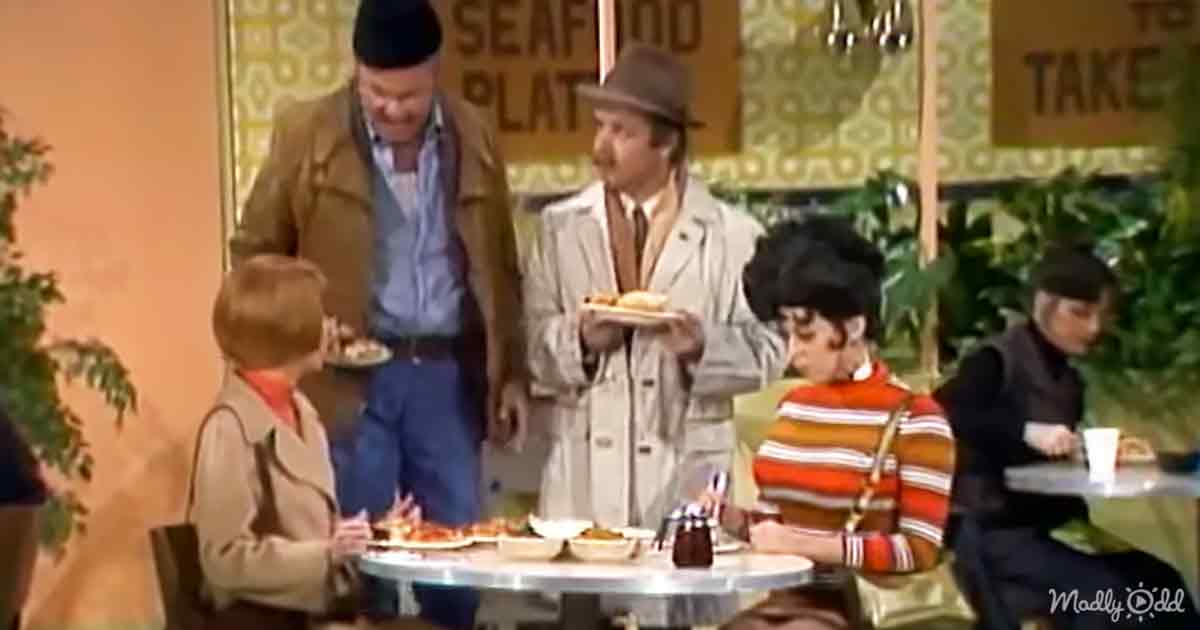 Tim stands and eats, but Carol gets up and tells him to sit in the chair. They fight about it as another woman, played by Vicki Lawrence, comes around and sits in Carol’s chair. Tim accidentally sits on her! The two chair stealers talk and flirt, and Harvey says he wants some apple pie. He gets up and threatens Tim about taking his chair. Carol yells for Tim to take it, but he is scared. Carol sits down in Harvey’s empty chair.

Harvey walks back and yells at her, claiming it is his chair, and Carol says, ‘Oh, it is? Gee, I don’t see where any place on this chair says uh, Mr. Obnoxious.’ Tim laughs in his funny accent, and Harvey tries not to break character. 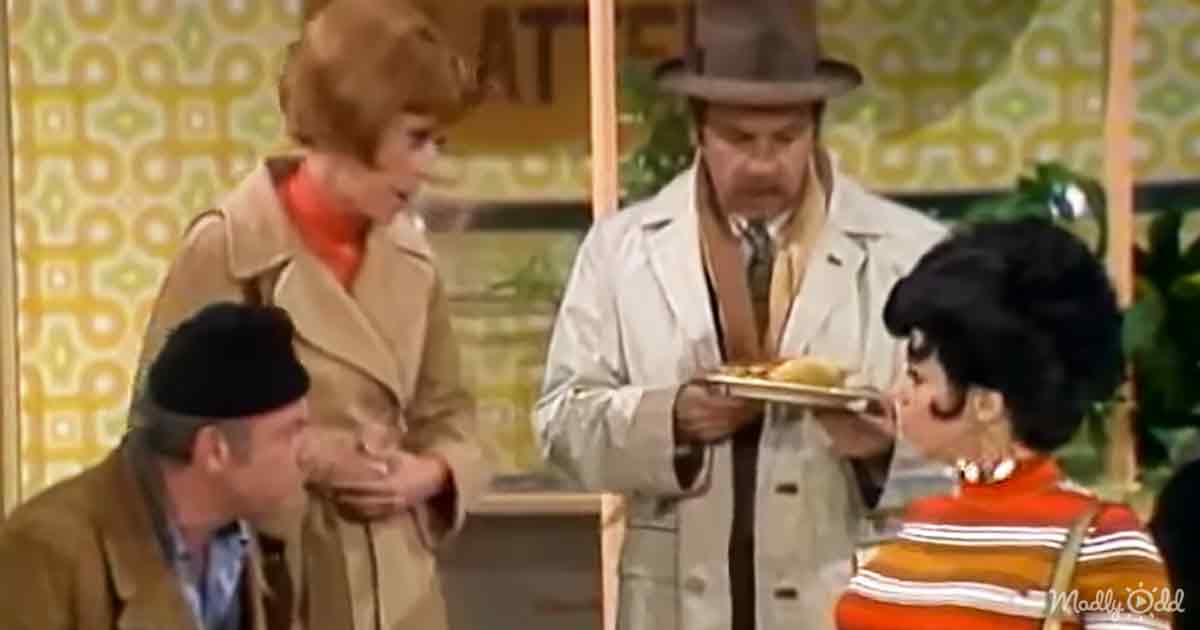 Harvey tries to trick Carol, but Vicki leaves, and he sits down in her spot. Carol puts maple syrup, sour cream, horseradish, and more on her lasagna. Harvey is shocked and scared of her, and he runs away gagging.

Tim sits back down, and Carol is sad because she doesn’t have anything to eat now. Tim offers his food to her, and they switch, and Carol asks what he’s going to eat. He says he’ll eat the lasagna, but he likes more sour cream on it. Then, Carol runs away, gagging. 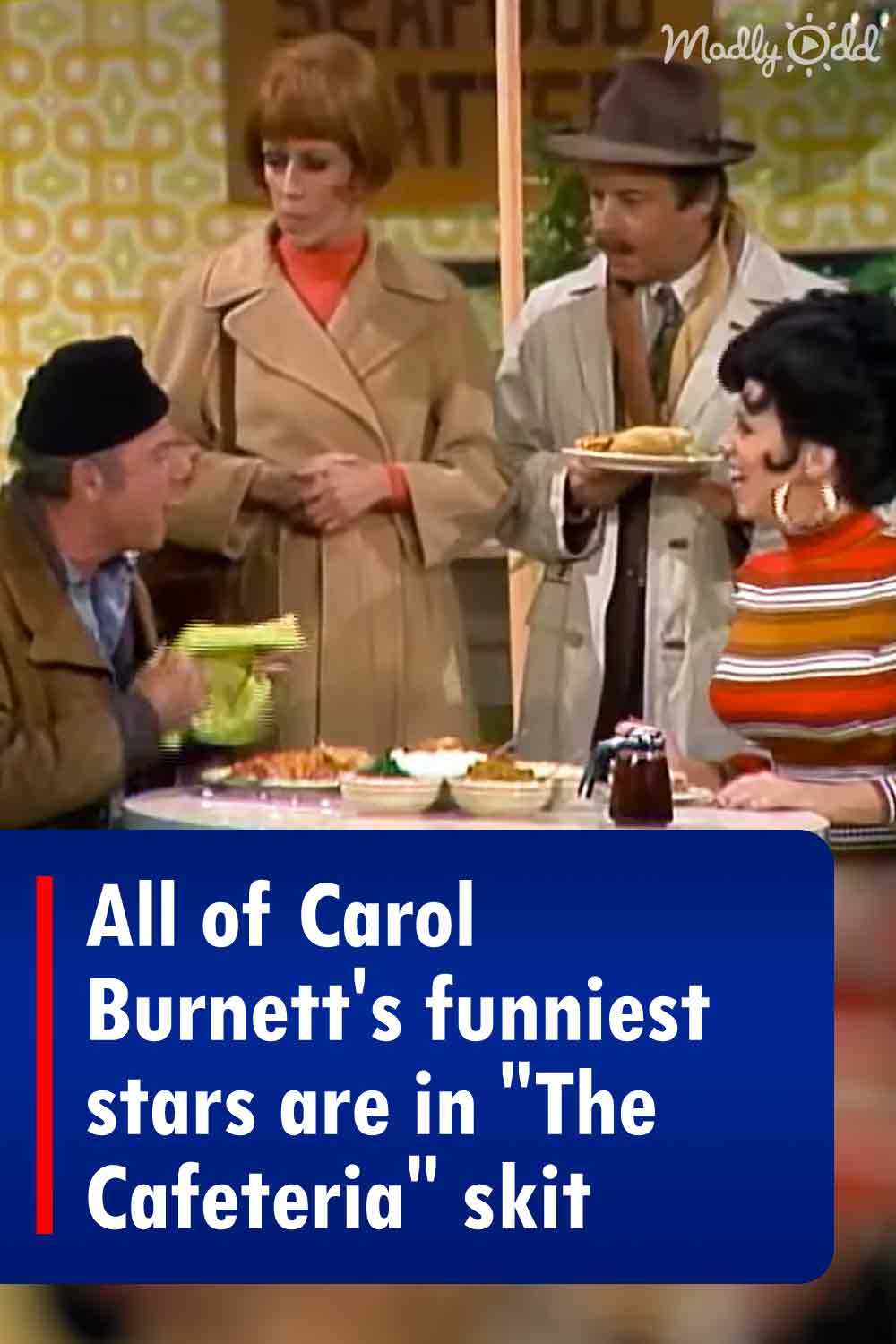