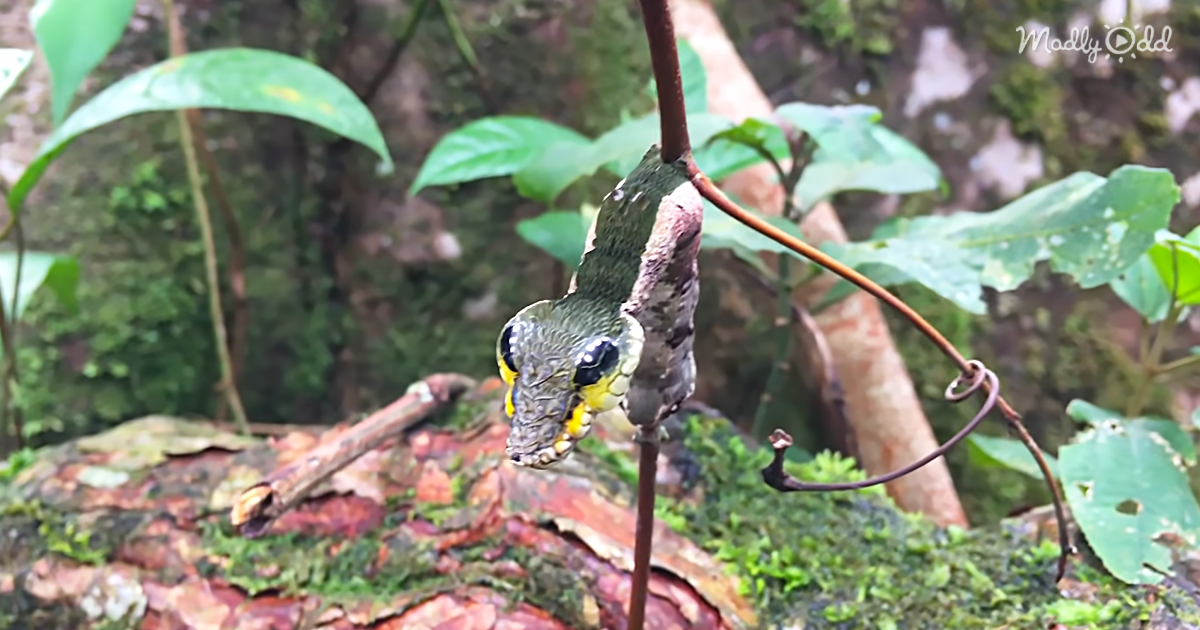 Possibly the coolest caterpillar in the animal kingdom, the mimic caterpillar has the head of a viper on the end of its body. Many people and most predators are scared of them because they look so fierce — and that’s the idea.

The mimic caterpillar has been created with an amazing defense mechanism: When threatened it turns upsidedown and reveals that its back end looks just like a snake’s head.

Initially, the insect looks just like a stick, so it’s camouflaged even before being provoked. But it is this amazing mimicry that gives the caterpillar its distinctive name and puts it right at the top of the list of coolest animals ever in our opinion.