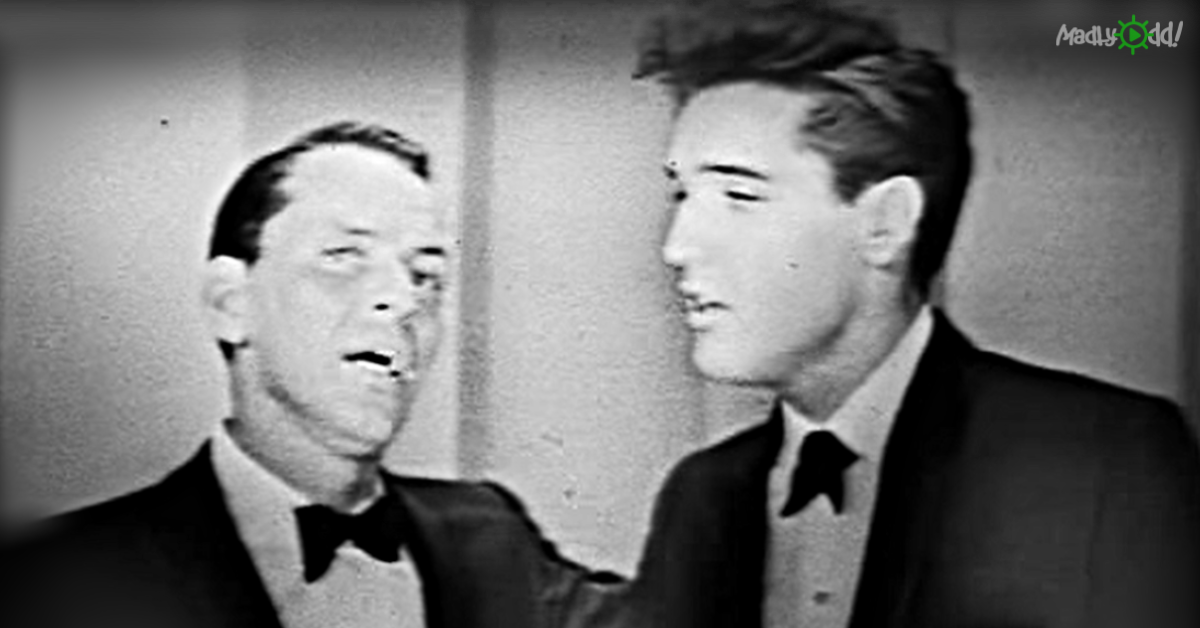 Can you picture two musical icons sharing one stage? Either performer on their own could blow an audience away, but together?

This performance is void of any tricks, gimmicks, or distractions. It is simply made up of two incredible and famous voices together.  Almost no practice went into creating this incredible performance and the production itself couldn’t be simpler.

Unbelievably, once upon a time, Old Blue Eyes and The King shared the same stage to perform a duet of “Love Me Tender.”  This is one of the all-time most memorable duets in all of music history. Frank Sinatra and Elvis Presley.

The two historical figures took the stage on March 26th, 1960 to record a television special celebrating Elvis’s release from the military.  Elvis Presley was drafted in 1958 and served in the United States Army until 1960.

There were many rumors at the time that the two artists were not fond of each other, so the pairing was a big surprise to many.  The rumors may or may not have been the product of the media at the time.

When you watch their performance, you can see they are both having a heck of a time. What is clear is that they are both beyond professional and if there ever were any problems between them it is not evident in this footage.