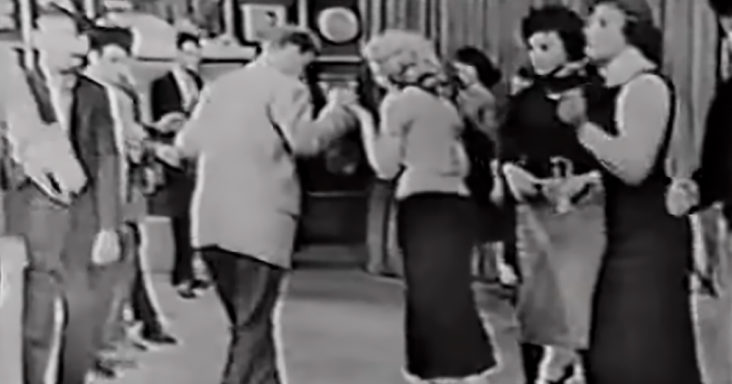 ‘American Bandstand’ was hosted by Dick Clark and aired for almost forty years on ABC. The show featured the top ten songs of the weekend and featured teenagers dancing to Top 40 pop songs. 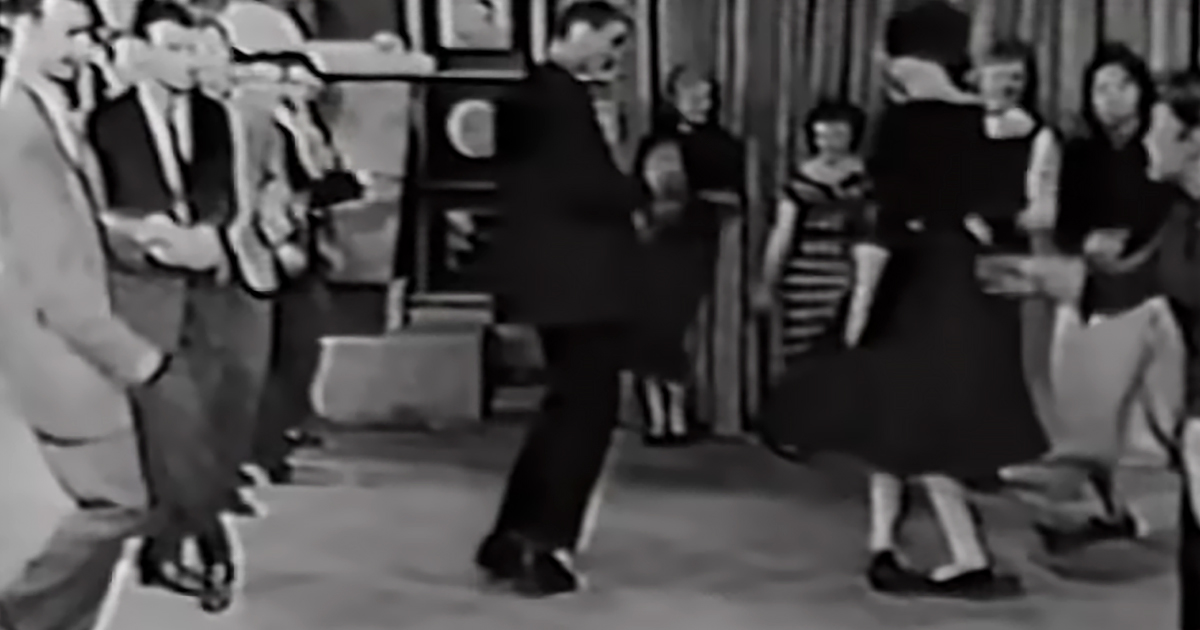 In this video, Clark shows a clip from the first year of American Bandstand, 1957. During that taping in Philadelphia, the top song was “The Stroll” by the Diamonds.

Clark remarks that nobody really knew how to do The Stroll in the studio. He plays the kids from 1957 doing the iconic dance. He invites the teens with him in 1968 to do The Stroll along with the other kids on the tape. 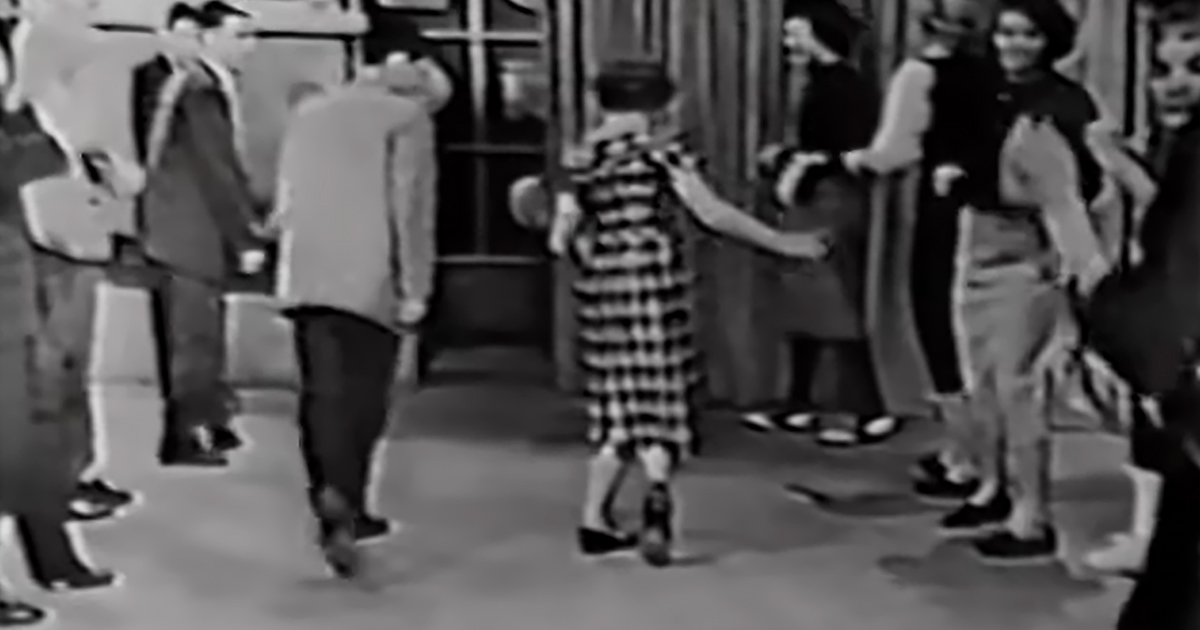 The Stroll was a famous dance in the late 1950s, where girls would like up on one side and boys on the other. The dancers would do a little step, and then one by one, the girls and boys would pair up and dance down the aisle.

The dance could be a precursor to the Soul Train line, but these dancers are not encouraged to make a special move to set them apart. Instead, all of the dancers do the same two-step down the aisle. 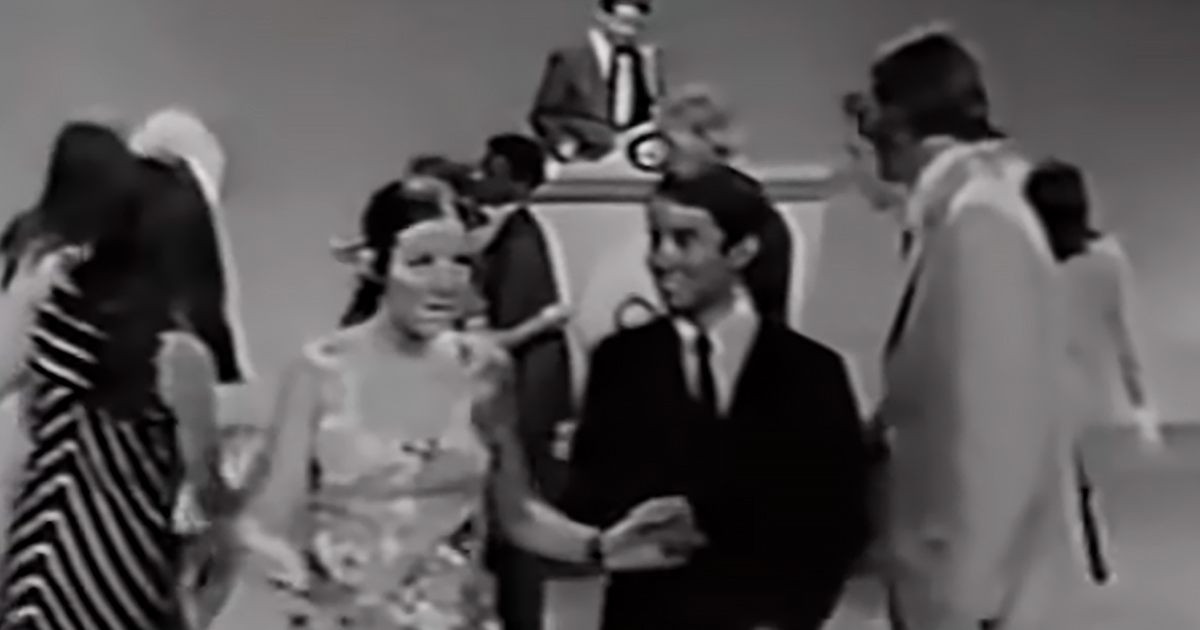 The Diamonds were a Canadian quartet that brought soul music to a wide audience. “The Stroll” was actually written for The Diamonds from an idea that Dick Clark came up with.

This clip from American Bandstand can take viewers back to a simpler time. It also reminds us that teenagers have always been looking to the media to teach them the newest dances and the most popular music.