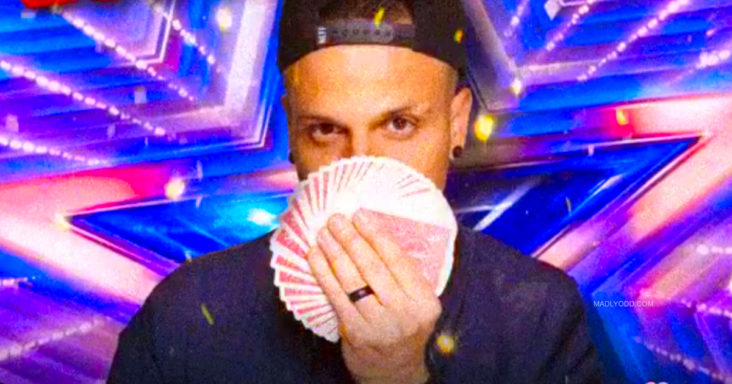 AGT illusionist Dustin Tavella was crowned the Season 16 winner during Wednesday’s live, two-hour season finale, following what Simon Cowell christened “the best season of America’s Got Talent I have ever seen.”

The night started off with a bang. Jimmie Herrod performed a powerful rendition of Wicked’s “Defying Gravity” with Idina Menzel and the Northwell Health Nurse Choir.

How much action is too much? NEVER enough when it comes to AGT. MyKayla Skinner and Jordan Chiles perform with Aidan Bryant and World Taekwondo:

Then chart-topping singer and songwriter Bishop Briggs joins Brooke Simpson on the stage to sing “White Flag” which made AGT fans do a double-take:

After that, Actor and comedian George Lopez joins Gina Brillon on stage and ensues! Talk about a perfect pairing. Nobody saw this one coming:

Then there was a brief comical interlude. Hilarity ensues as the AGT judges and Terry Crews receive fabulous art pieces of themselves:

After that, Howie Mandel, Preacher Lawson, Tom Cotter, Taylor Williamson, and Kenichi stop by to give Josh Blue advice on the AGT finals:

One of the highlighhtsof the night was when three-time Grammy Award-winning and multi-platinum-selling ‘Pentatonix’ performed “The Prayer” with Victory Brinker: