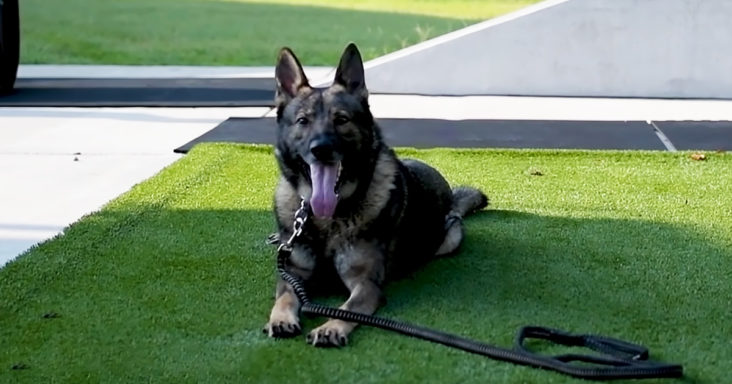 Most of us have seen military dogs wearing a tactical vest and sitting up in a position of attention. They have their tongue hanging out of their mouth and look happy. This is a perfect example of a military dog. However, most of us are not aware of special military dogs, also known as Multi-Purpose Canines. This Multi-purpose canine was used to track the ISIS leader Abu Bakr Al-Baghdadi. This led to his death because Baghdadi detonated the suicide vest that he was wearing.

The brave canine was injured during the blast but now has returned to fulfill his duty. The hero has been assigned to Delta Force, but his location is kept top-secret. These unique military dogs are assigned to special operations forces and are attached to Army Rangers and Navy seals. They are brilliant dogs.

These canines are trained to search for explosives, chase criminal targets and detect threats that are not visible to human eyes. These canines can jump like human commandos from the helicopters, conduct missions in zodiac boats, and parachute out of airplanes. 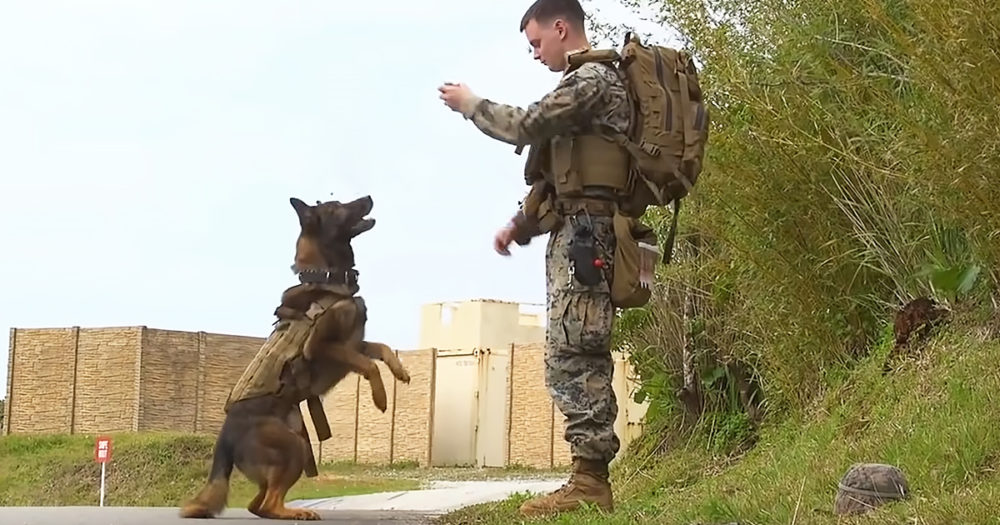 One of the other examples where MPC’s had assisted military raids was the search operation that killed Osama Bin Laden in Pakistan. These dogs are swift, silent, and deadly. They are carefully selected and trained to keep their cool in stressful situations. These dogs are forbidden to bark because of the secretive nature of the work. Four times a year, a team of veterinarians, handlers, trainers, and specialists from the 341st training squadron travel to buy dogs who can serve the military for at least 10 years.

The multi-purpose canines go through several x-rays and test for skin and eye or ear conditions so that any problems can be ruled out before their training. After their medical tests, these canines are further assessed on their personality for the next 10 days. They are checked on their capability to search and detect and also how aggressive their behavior is.

The canine from the Al-Baghdadi raid is a Belgian Malinois. The breed of dogs that are the best in the field of working dogs in the military is Belgian Malinois, German Shepherd & Dutch Shepherd. These canines can be trained very quickly as they are brilliant and can adapt to any situation. The Belgian Malinois is known for their speed and agility and can survive in extreme heat.

Even the gear for MPC can cost tens of thousands of dollars as the equipment involves communications devices, sensors, and cameras attached to the canine’s back. This gives the handler the view of what the dog can see and can provide his canine orders over the radio. They conduct multiple missions and help the country. If the MPC gets injured, they are given first aid by their handlers. PTSD is one of the reasons why these dogs need to be rehabilitated. They form a strong connection with their handlers; hence, they are assigned to one of their former handlers to live a happy life at the end of their service.