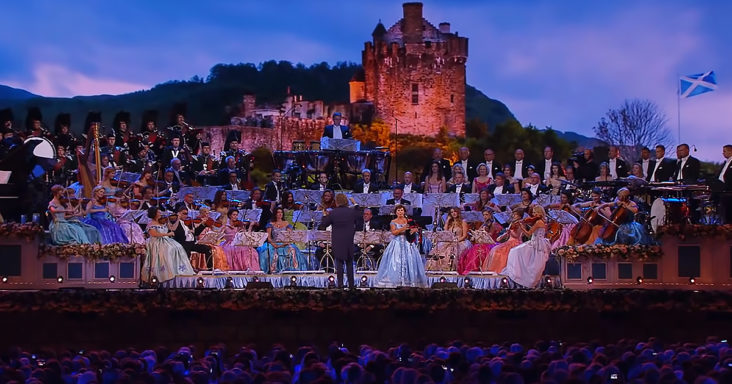 André Rieu & His Johann Strauss Orchestra have evoked powerful emotions with their performance over the years. This clip features the large ensemble performing the Scottish song ‘Highland Cathedral,’ live in Maastricht, in the Netherlands. 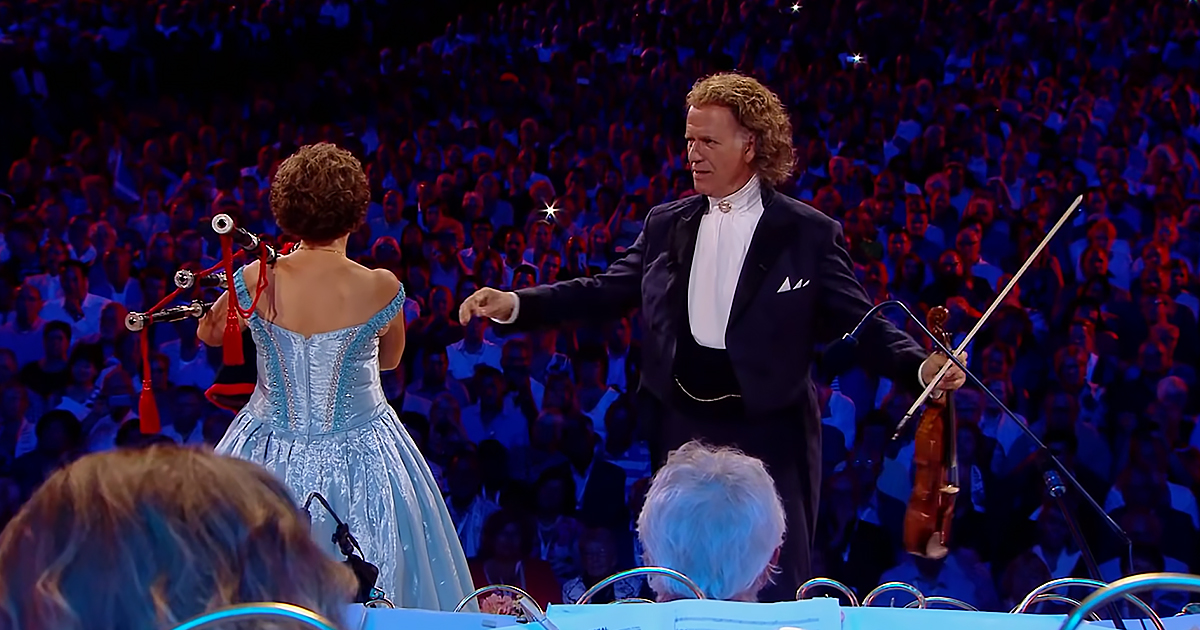 The majesty of this song is unparalleled as over 70 musicians play together. A solo bagpipe performer is adorned in a blue evening gown, standing next to Rieu. He conducts as she plays the main melody on the bagpipes.

Audience members are stunned and visibly moved by the song’s emotion. A Scottish flag waves in the crowd. On stage, Rieu is joined by a group of Scottish drummers who play with his famous orchestra. 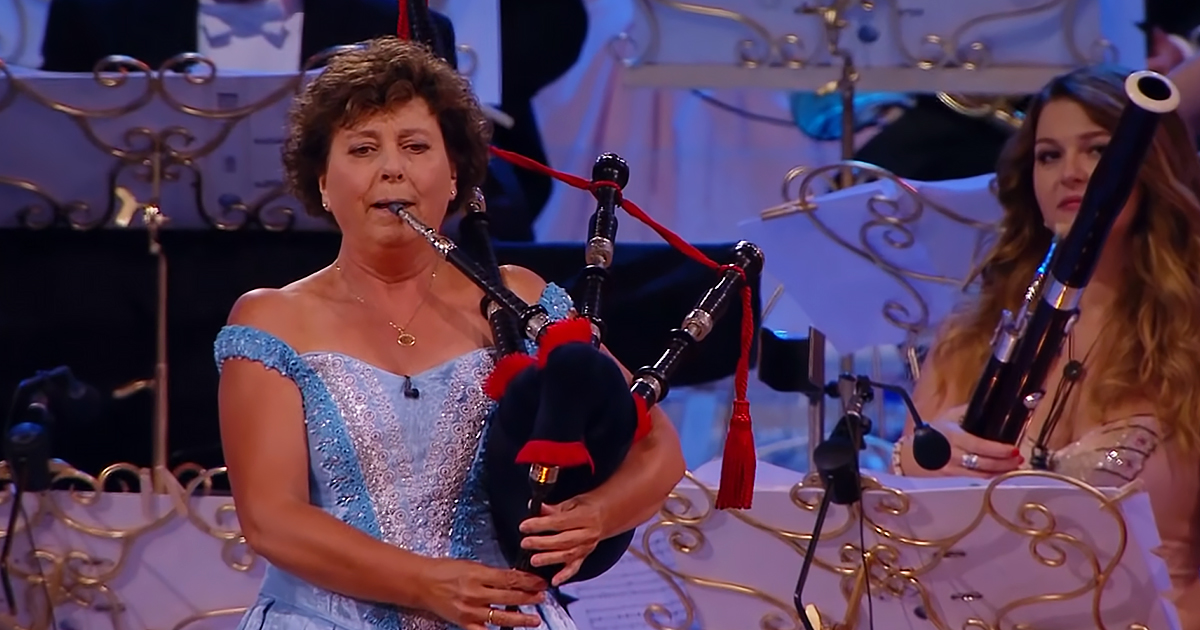 The full orchestra and Scottish drummers build in volume as the song closes. After the final note, the audience springs to its feet to celebrate the performers. The applause lasts for a long time, and more shots of the teary-eyed audience prove the incredible power of music!

“Highland Cathedral’ was composed by German musicians Ulrich Roever and Michael Korb in 1982 for Highland games held in Germany. It has been proposed to replace the unofficial Scottish anthem, ‘Scotland the Brave’ and ‘Flower of Scotland. 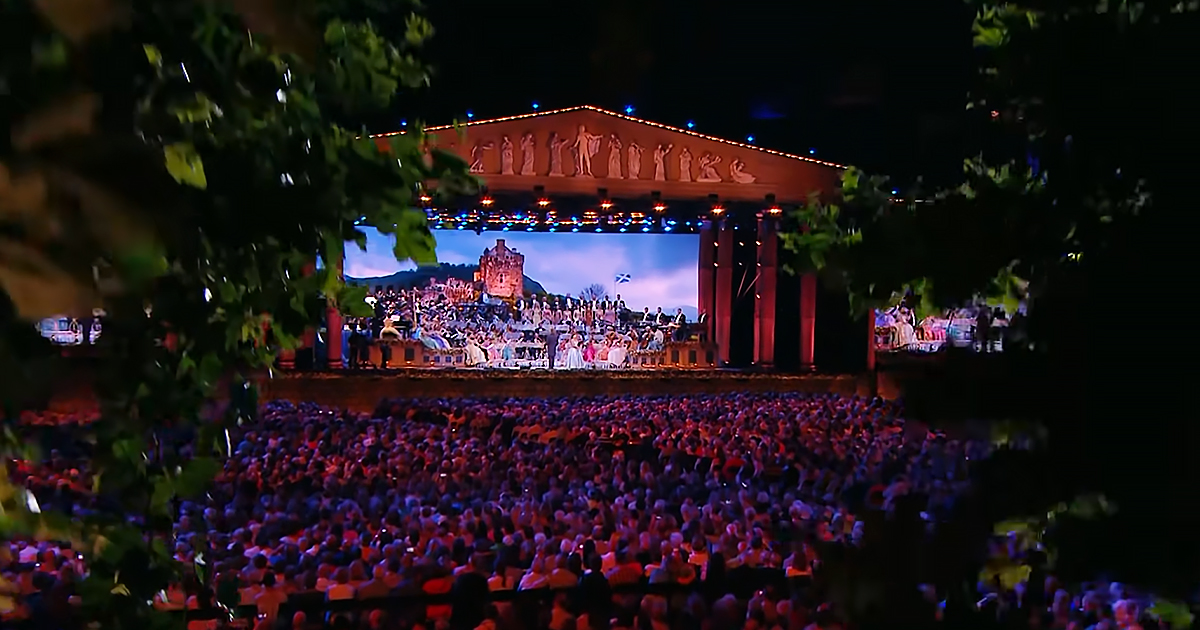 The bagpipes are considered a woodwind instrument due to the use of reeds that move the player’s air into a reservoir bag. This bag full of air powers the sound. No one is sure about the official origin of the bagpipes, but artifacts have dated back to the 14th century.

André Rieu is a Dutch violinist who tours regularly with his Johann Strauss Orchestra. He is one of the most successful touring acts of this generation, and he has sold millions of CDs and DVDs over the years. This performance is a testament to his talent.