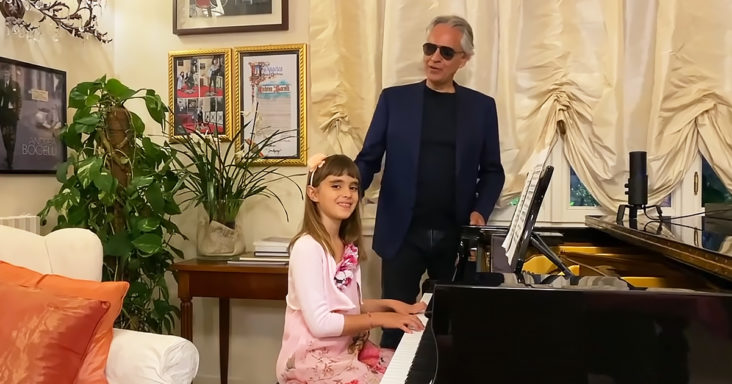 Eight-year-old Virginia is Bocelli’s youngest child and has clearly benefited from spending extended periods with him last year. The budding pianist played the entire love song.

In a video clip shared by the world-famous singer, he said that little Virginia had been working hard to perfect her skill. The daughter flawlessly played Beethoven’s love song on the piano next to her father. 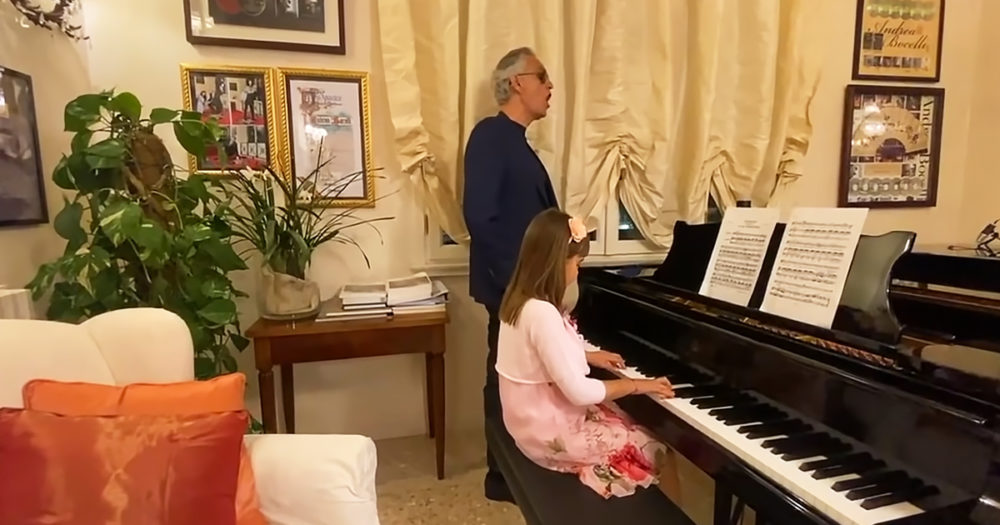 Bocelli further reveals that the heartwarming piece was the result of many hours of practice. It’s not the first time that the famous tenor is performing together with his children.

The duet is a celebration of a jewel. The piece was put together many years back but remains surprisingly current in exploring love in infinite tenderness.

However, the duet with his only daughter on Beethoven’s Ich Liebe Dich is the first by the pair. Their fans hope that it will be the first of many other performances by the duo.

Andrea Bocelli has previously performed with son Matteo on the single Fall On Me. The collaboration entailed father and son singing in both Italian and English in a warm tribute to each other.