Andrea Bocelli is one of the best voices the world has ever known. His passion for music and incredible vocal delivery has made him a sought-after live performer for years. 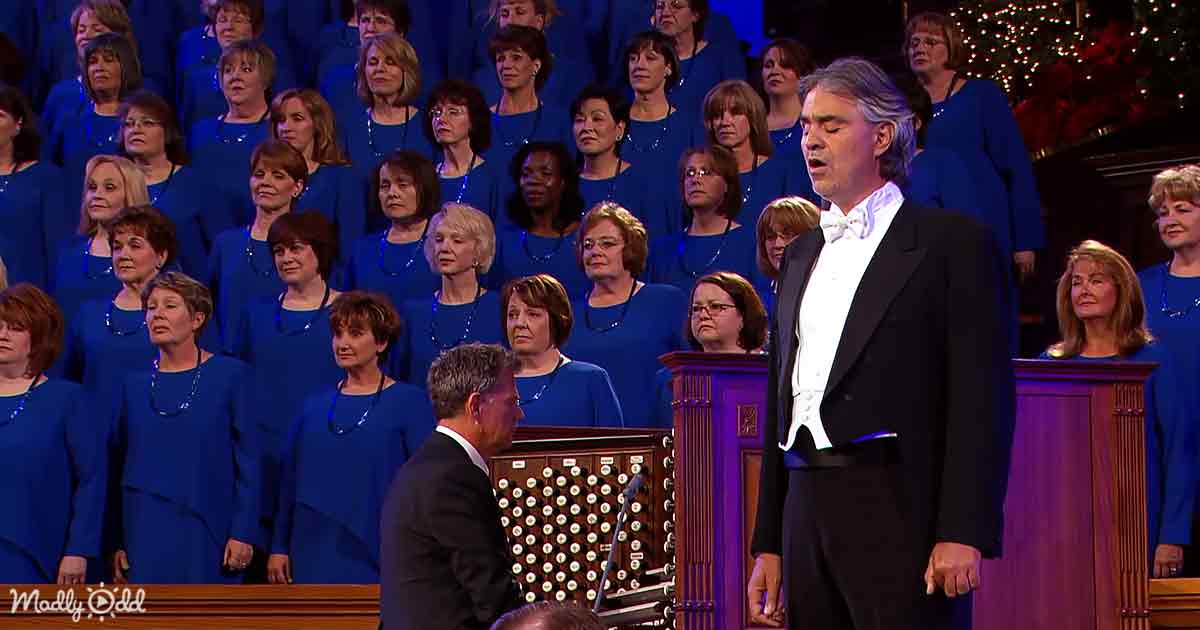 Andrea joins forces with the Tabernacle Choir at Temple Square to perform a stunning rendition of ‘The Lord’s Prayer.’ The uplifting voice of Andrea, coupled with the choir, is a powerful performance you won’t soon forget.

The beautiful lyric video spotlights the words with animation in the background. The Tabernacle Choir begins the first line, which is then echoed by Andrea. The animation features beautiful pictures of nature, from flowers to sunsets. 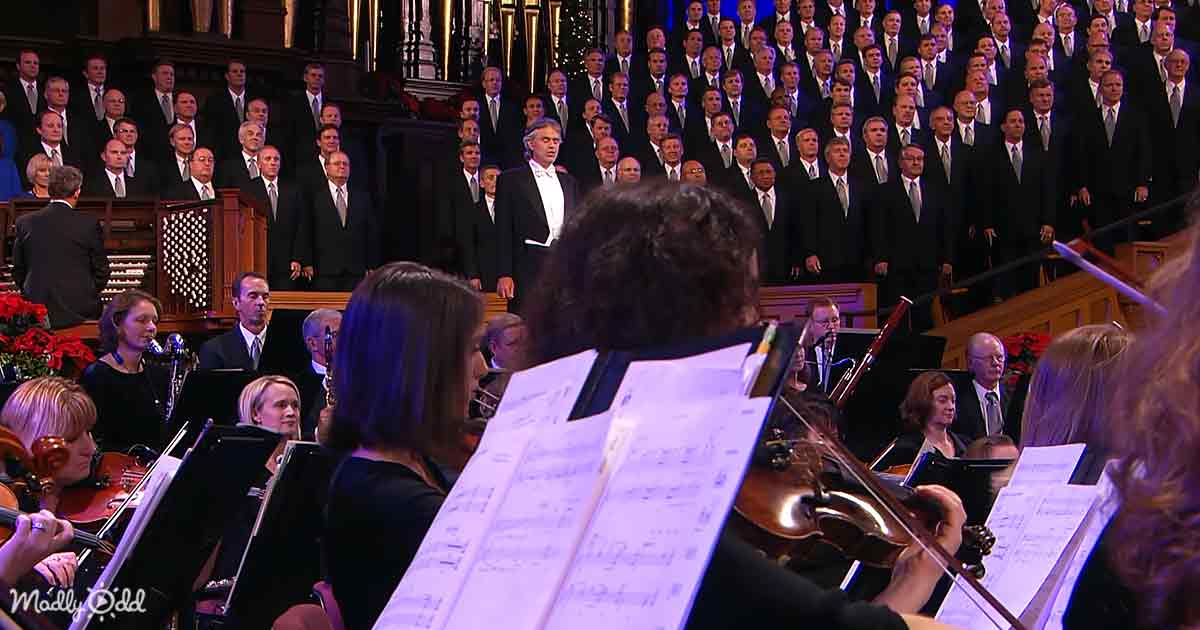 The choir joins Bocelli on ‘Thy kingdom come, Thy will be done.’ Then, they let Andrea finish the line, ‘On earth as it is in heaven.’ It is the perfect music to put you in the mood for Christmas.

When the song builds to ‘For thine is the kingdom and the power, and the glory, forever, amen,’ Andrea’s voice swells with emotion and power. The phrase is repeated by the choir leading to an epic conclusion with Andrea hitting a high note with perfection. 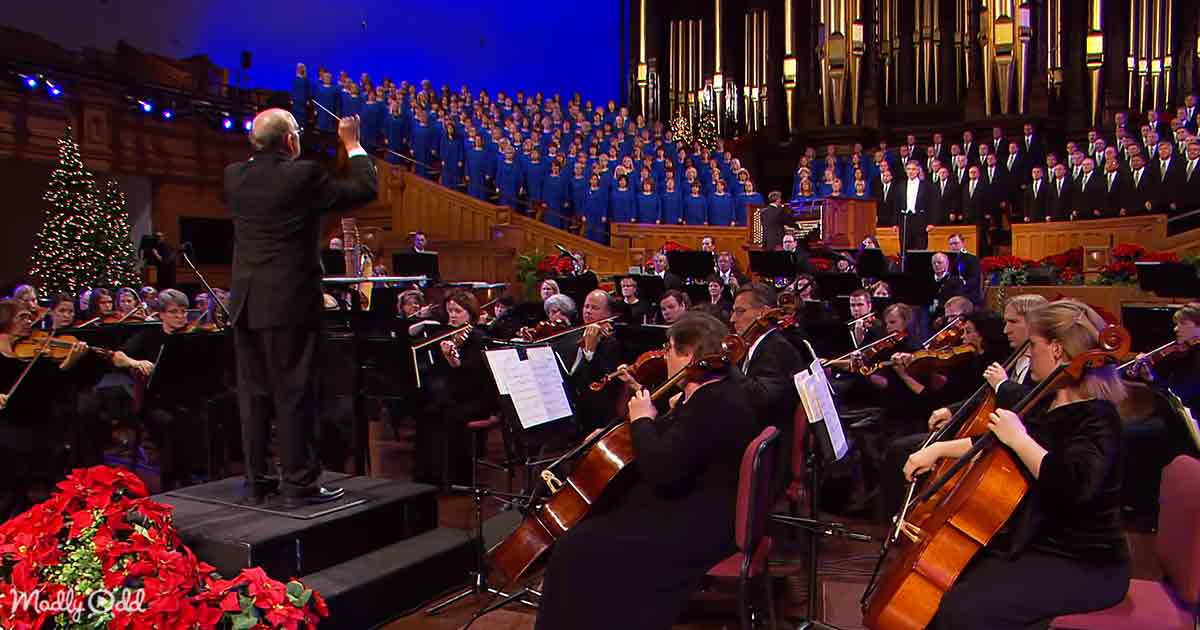 ‘The Lord’s Prayer’ was famously set to music by composer Albert Hay Malotte in 1935. Baritone John Charles Thomas debuted the arrangement with radio performances, and the song was dedicated to him by Albert.

Andrea Bocelli has recorded over 17 albums, becoming a worldwide success story. He often mixes pop and classical styles, which led him to sell over 75 million records. Andrea is one of the few classical crossover artists who brought the genre to the masses.