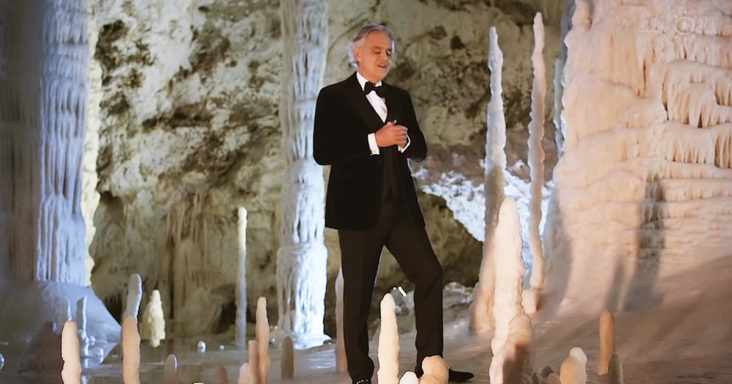 Andrea Bocelli is a gift from God to humanity. The most pleasing human tenor reverberated tremendously in a cave with zero background music, no studio works, no instrumentals. It was heavenly.

Bocelli standing straight up, drew out sweet harmonies from within. The glossy ground and rocky spikes protracting in the cavern made a majestic appearance. His operatic voice rang out the first lines incredibly.

Bocelli’s composure was and has always been outstanding. He had exceptional voice control, going high and bringing it a bit low just at the perfect time — a musical master. 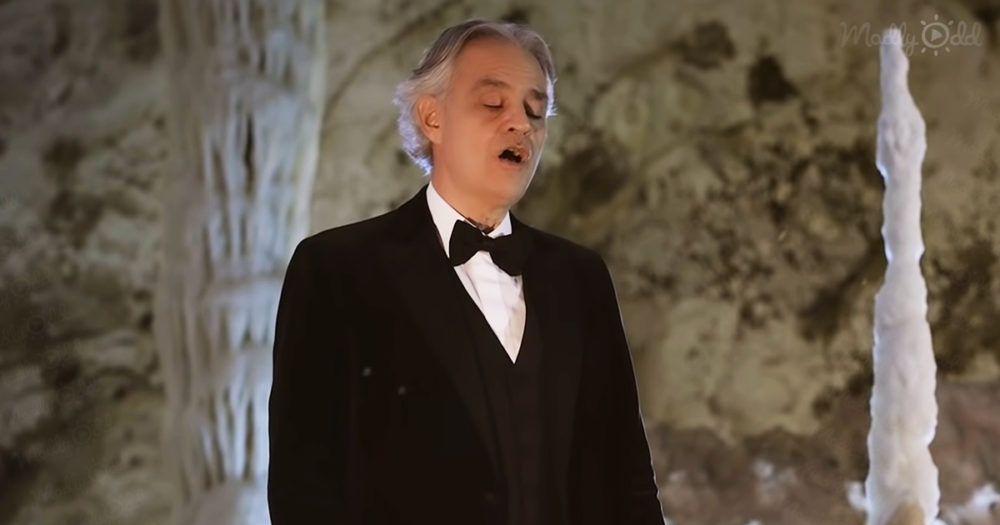 Only his heavenly rhythm stemmed from the natural void. There was a heavy diminuendo, with a deeper pitch, as he ended the first verse of the short song.

Bocelli’s tenor, finer and louder this time, permeated the air graciously. He went higher, extending his harmonies with great breath and ending on a high note. Again, there was a light diminuendo.

The end of Bocelli’s stellar performance was spot on. He rang out the last line, “sleeping heavenly peace,” and ended with an innuendo. It was pure music from the finest vocal cords.

It was angelic; it was natural, an excellent performance that would have you listening over and over again! Heaven was indeed pleased with one of their own as sweet praises floated across its corridors.