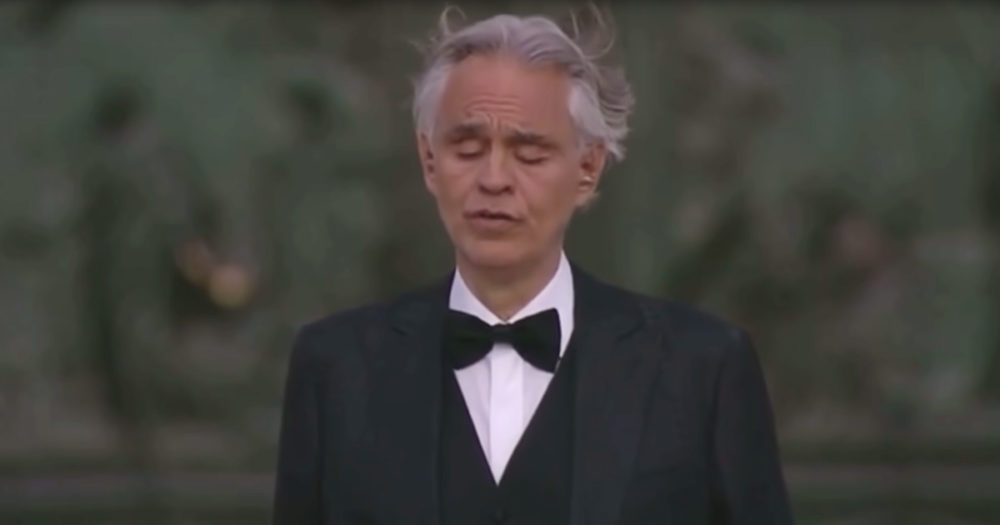 Andrea Bocelli is known all around the world for his incredible voice. He’s a tenor who can breathe new life into just about any song. This time the iconic musician is performing a breathtaking rendition of the classic hymn, “Amazing Grace.”

Due to the coronavirus outbreak, things like sporting events and concerts have been canceled until further notice. Andrea Bocelli had already planned to hold his annual Music For Hope concert, but this year he had to do it virtually.

Standing at the empty Piazza Duomo in Milan, the famous tenor sang the John Newton hymn and recorded it for the world to see. It was an Easter performance that no one expected, but everyone enjoyed it. Several celebrities even weighed in on how spectacular the performance was.

The video of Bocelli singing “Amazing Grace” became number one on Youtube’s coveted trending page. His stunning cover of the old hymn now has nearly 30 million views and counting. It’s a beautiful way to bring people together even though we’re far apart. 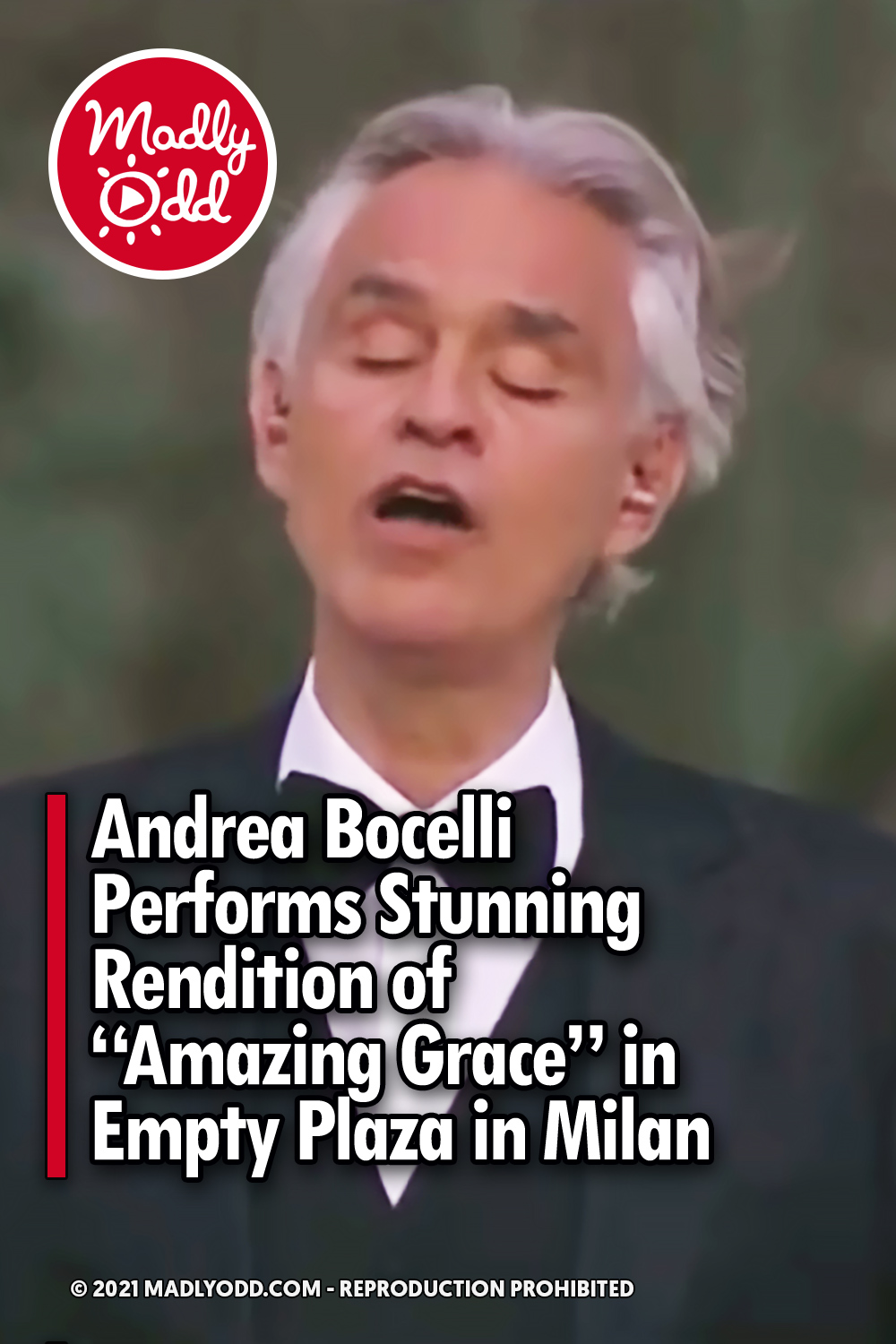