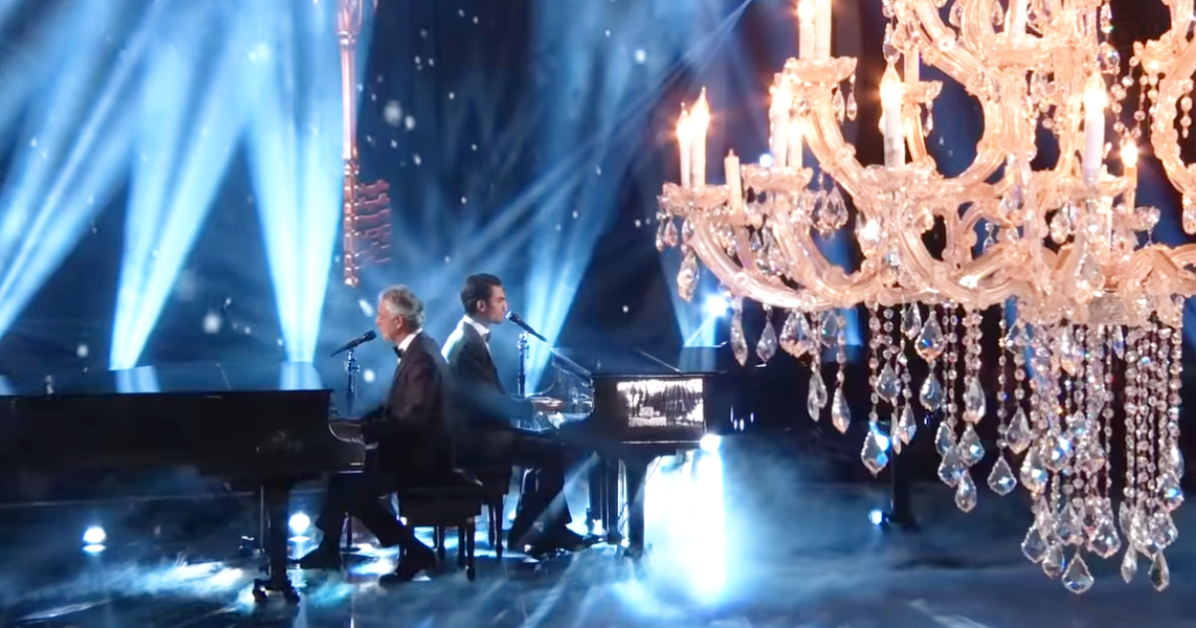 There was more talent than the magnificent dancers on ‘Dancing with the Stars’. Andrea Bocelli and his son, Matteo, performed a fantastic version of ‘Fall on Me’. The two sat back to back singing and playing their grand pianos in perfect harmony. 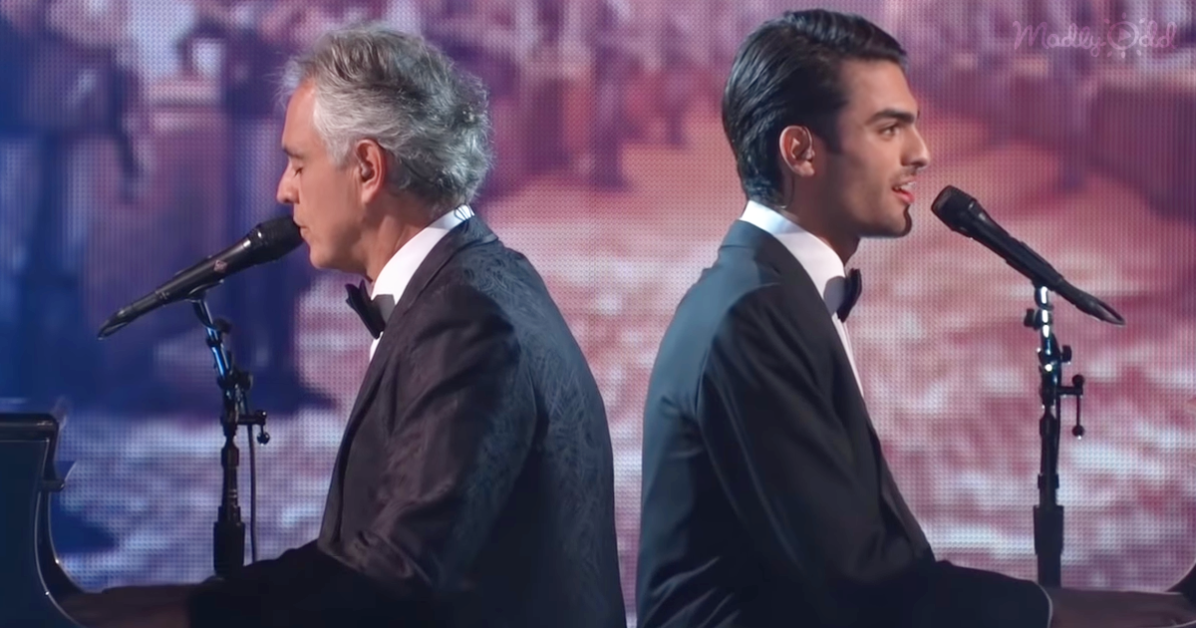 The young Matteo has apparently inherited the family penchant for musical performance. In high school, he studied the piano at the conservatory, but his passion lies with opera. At 20 years old he has already performed in several well-known venues.

With the release of the Disney movie, The Nutcracker and the Four Realms, which features ‘Fall On Me’ performed by father and son, his name will soon be known throughout the world.

The three pairs of dancers from DWTS waltzed romantically to the marvelous harmonies of the duo, delighting everyone with their elegant dance moves and smiles.

And by the end of the song, the audience was moved to tears by the enchantment of the music, the exquisite setting and the graceful moves of the pairs of dancers.

I have to say, I have seen many Bocelli performances, this one is in a class by itself simply because of the magical atmosphere.

If Bocelli & Son delighted you with their ‘Dancing With The Stars’ performance, then share their video because your friends will love this one, too.