Anyone can whistle along to the theme song to The Andy Griffith Show, but can you sing along to it? Or better yet, did you know the song has words to go along with it? Yes, it does, and it reveals a lot about Mayberry.

Although it might be a surprise this song has lyrics, it’s no surprise Griffith could carry a tune. Many people don’t know Andy was an accomplished gospel singer, releasing several albums throughout his life. Andy even released a gospel album that was certified platinum by the RIAA, and it won the Grammy Award for Best Southern, Country, or Bluegrass Gospel Album in 1997. I know… I had no idea either! 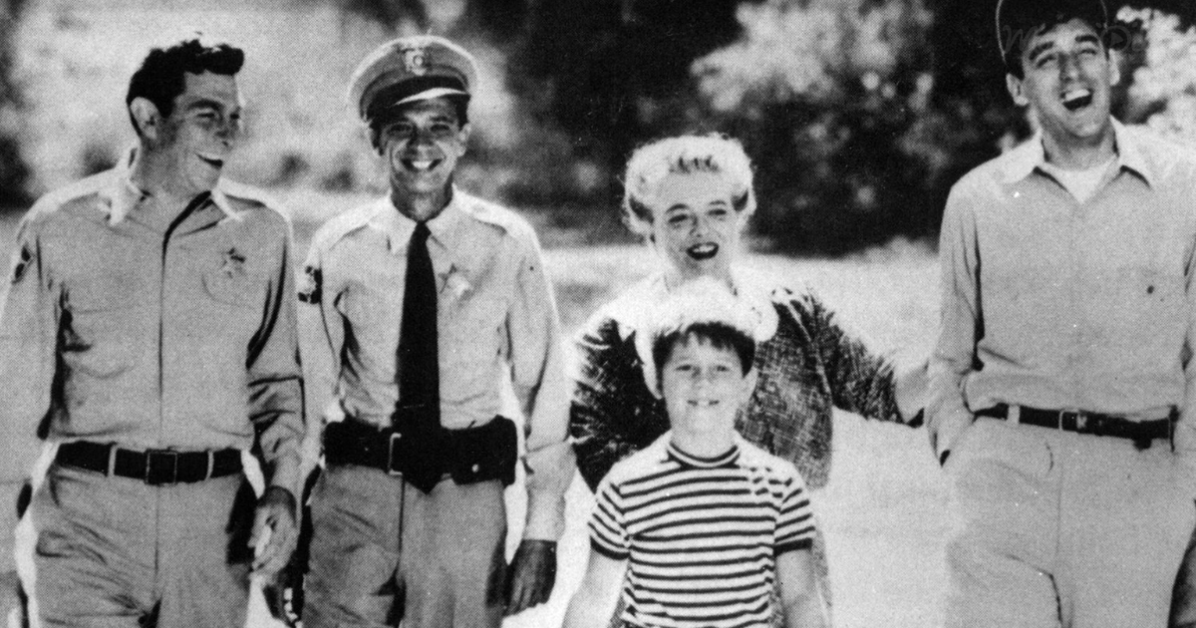 The Andy Griffith Show‘s theme was written by Earle Hagen and Herbert Spencer with (rarely heard) lyrics by Everett Sloane. Hagen also composed themes for The Dick Van Dyke Show, I Spy, The Mod Squad and That Girl.

He said of the whistled melody, aka “The Fishin’ Hole,” “I realized what the show needed was a simple tune. So I spent all of 15 minutes writing it. I called my bass player and drummer, and we recorded it in a little studio in Hollywood. I whistled the tune myself.”

Lyrics from The Andy Griffith Show

Before producers of “The Andy Griffith Show” decided that whistling set the tone for the show, Andy Griffith himself recorded a version of the song with lyrics:

Well, now, take down your fishin’ pole and meet me at The Fishin’ Hole, We may not get a bite all day, but don’t you rush away.

What a great place to rest your bones and mighty fine for skippin’ stones, You’ll feel fresh as a lemonade, a-settin‘ in the shade.

Whether it’s hot, whether it’s cool, oh what a spot for whistlin’ like a fool.

What a fine day to take a stroll and wander by The Fishin’ Hole, I can’t think of a better way to pass the time o’ day.

We’ll have no need to call the roll when we get to The Fishin’ Hole, There’ll be you, me, and Old Dog Trey, to doodle time away.

If we don’t hook a perch or bass, we’ll cool our toes in dewy grass, Or else pull up a weed to chaw, and maybe set and jaw.

Hangin’ around, takin’ our ease, watchin’ that hound a-scratchin‘ at his fleas.

Come on, take down your fishin’ pole and meet me at The Fishin’ Hole, I can’t think of a better way to pass the time o’ day.

So have a listen and take a trip to the old fishin’ hole. Hearing Andy sing the words to the song will give you a fresh perspective on one of TV’s most classic theme songs.