One of Disney’s most beloved princess movies is ‘Beauty and the Beast.’ The phenomenal music has made the movie even more popular. One of the voice actors for the film, Angela Lansbury, performs the title song from the movie. 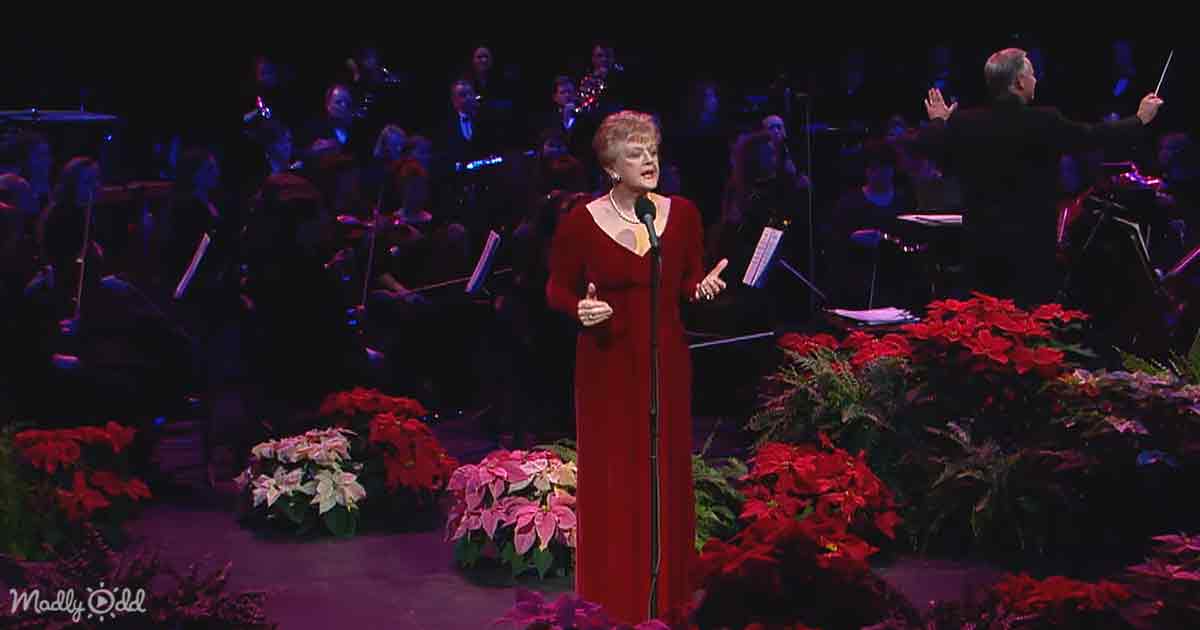 Angela stands in front of a large orchestra wearing a dark red velvet dress. The stage is adorned with red, pink, and white flowers. Singing with Angela is the Tabernacle Choir.

She starts to speak and explains how she was offered to sing this song but was worried. Angela says, “I thought to myself, my goodness, Can I ever do this beautiful lyric justice?” 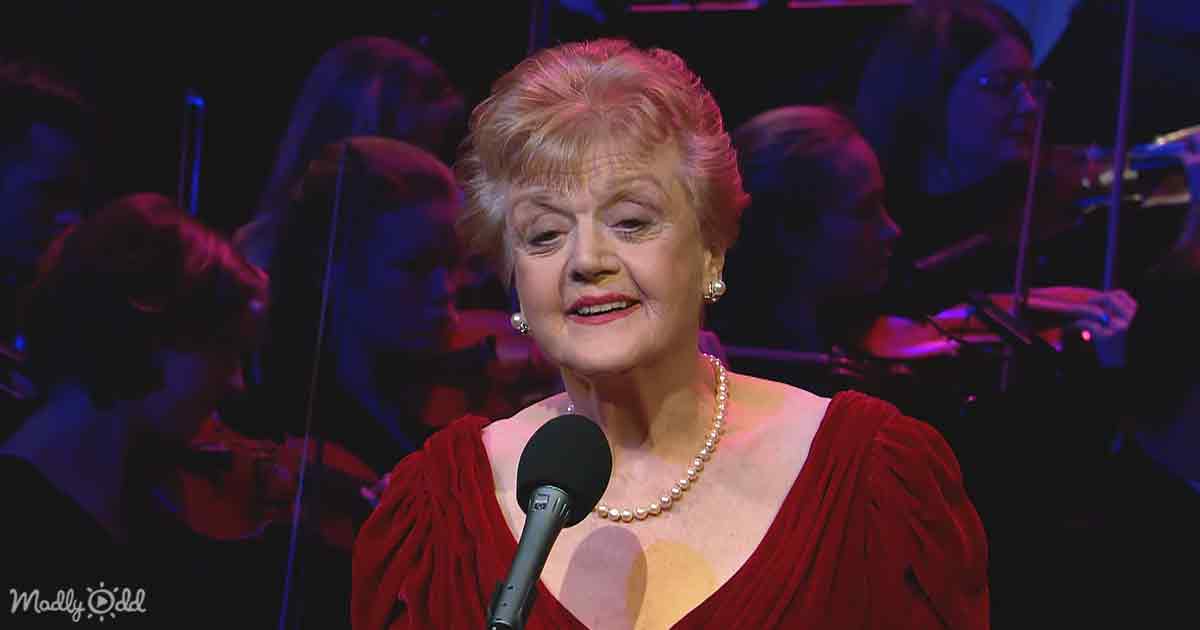 The orchestra starts to play, and the Tabernacle choir of voices harmonizes as Angela explains how she came up with the voice of ‘Mrs. Potts,’ and then, she begins to sing.

She starts softly and sings alone, and as the music builds in intensity, so does she as she raises her hands. During the second verse, she sings a line, and the choir repeats the line back to her. In the song’s chorus, all the voices are singing, which is completely beautiful. 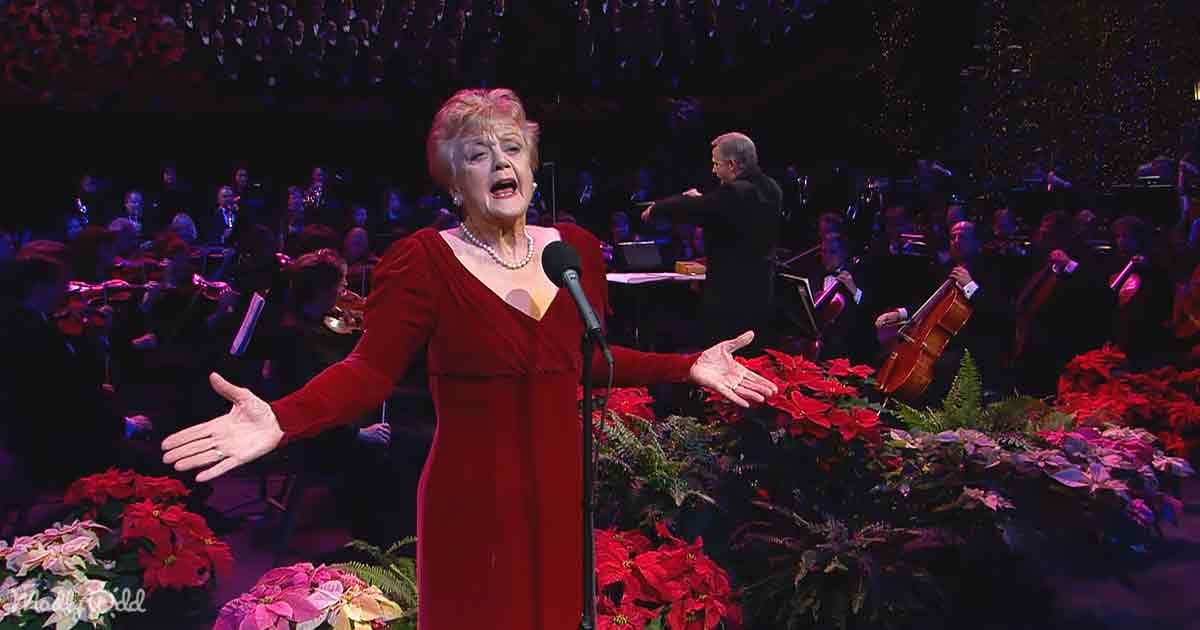 Angela holds out the final soft note and quotes Mrs. Potts, “Into the cupboard with you, Chip. It’s past your bedtime. Goodnight, love,” as she waves and smiles. The audience’s applause resounds around the auditorium as she thanks them with a kind smile.

The 1991 movie was a hit due in large part to the music of Alan Menken and the lyrics of Howard Ashman. It is hard to imagine anyone but Angela Lansbury singing this song, even though she was initially reluctant to perform it due to her age. Since then, it has become a timeless classic featuring the legendary Angela Lansbury, who recorded it in just one take.