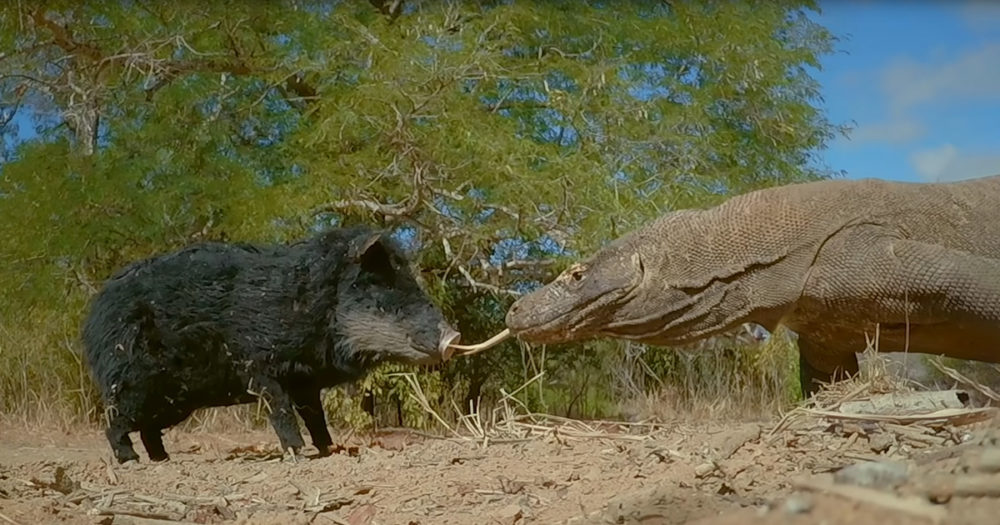 Television stations like PBS and BBC have been airing a series called The Islands’ of Spy in the Wild 2. It gives viewers a unique opportunity to see nature from a wild animal’s perspective, using animatronic spies.

In one particular episode, David Tennant narrates a scene involving a feisty male Komodo dragon. The ancient animal was enjoying his time being romantic with a female when another male Komodo dragon interrupted.

This is wildly unacceptable in the kingdom, and our protagonist and the peeping Tom wrestled each other to show off strength and dominance. After that, the first Komodo dragon went back to the female to continue their intimate evening.

When a spy pig from PBS is spotted by the dragon, he loses his temper. Attacking the faux animal limb from limb, we’re able to get a glimpse of what it would be like for an animal to interfere with another. It’s the first-ever footage of the inside of a Komodo dragon’s mouth, and we’re glad it’s just a camera it’s attacking. 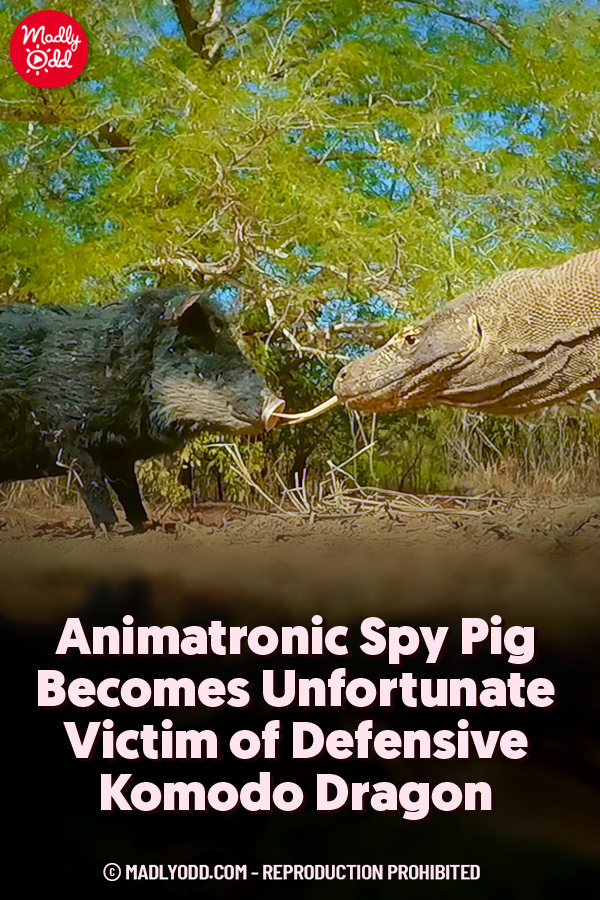