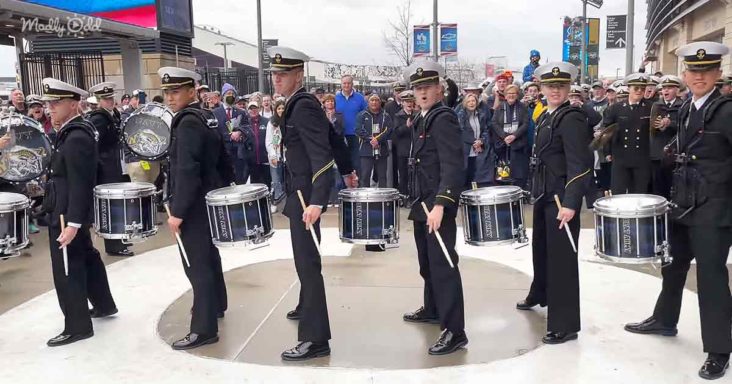 The rivalry between the Army and Navy is infamous. But it isn’t just the football game where the two branches of the military bring the competition. This time it’s all about the drumline. 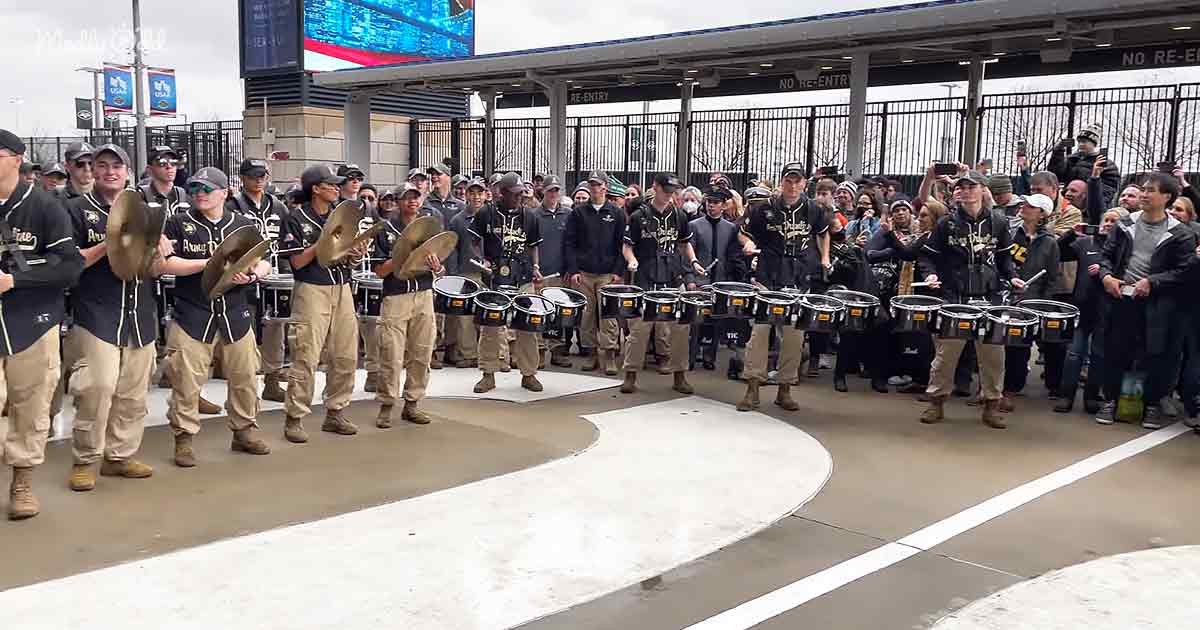 Outside the football stadium at the annual Army-Navy football game, the two drumline teams face off. The divided crowd cheers for each team in turn. The Army kicks it off.

Their catchy drumming and clashing cymbals get the crowd moving. The navy drumline counters with an equally impressive performance. The competition heats up quickly as the teams go back and forth. 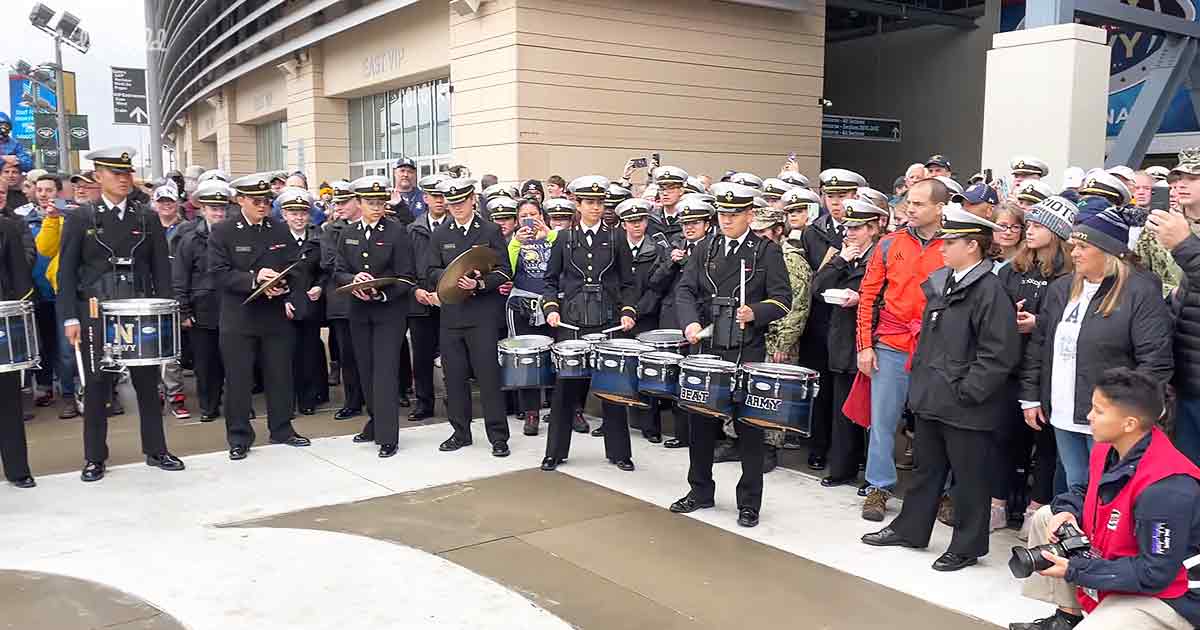 The Army pulls an underhanded move by using one of their cymbalists to cover the Navy’s drumline in powdered chalk. The Navy isn’t fazed as they clean off their drums and continue to play.

Once each team has performed three different sets of impressive drumline numbers, the two teams face off and march toward each other. They drum together as the audience cheers and dances to the beat. 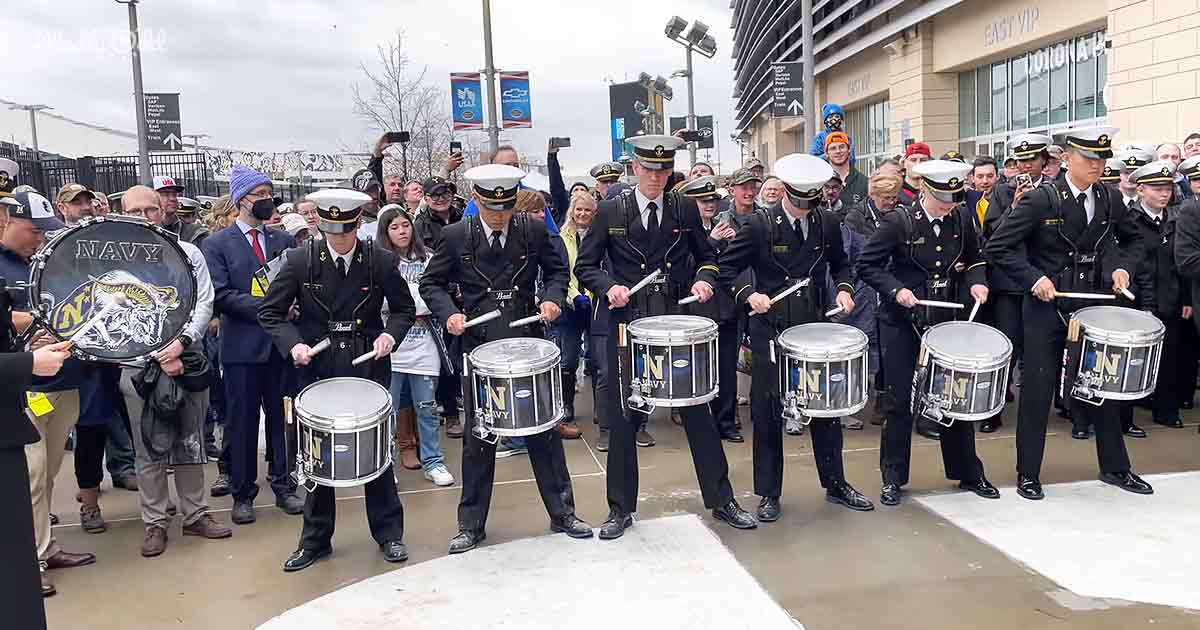 The cries of “Go Army, Beat Navy!” and “Go Navy, Beat Army!” drown each other out. The energy outside the football stadium is unbelievably high as the drumline battle ends.

The most famous rivalry in America has found a new platform. The drumline battle between the Army and the Navy is so energetic and entertaining, it’s almost more enjoyable than the football game! 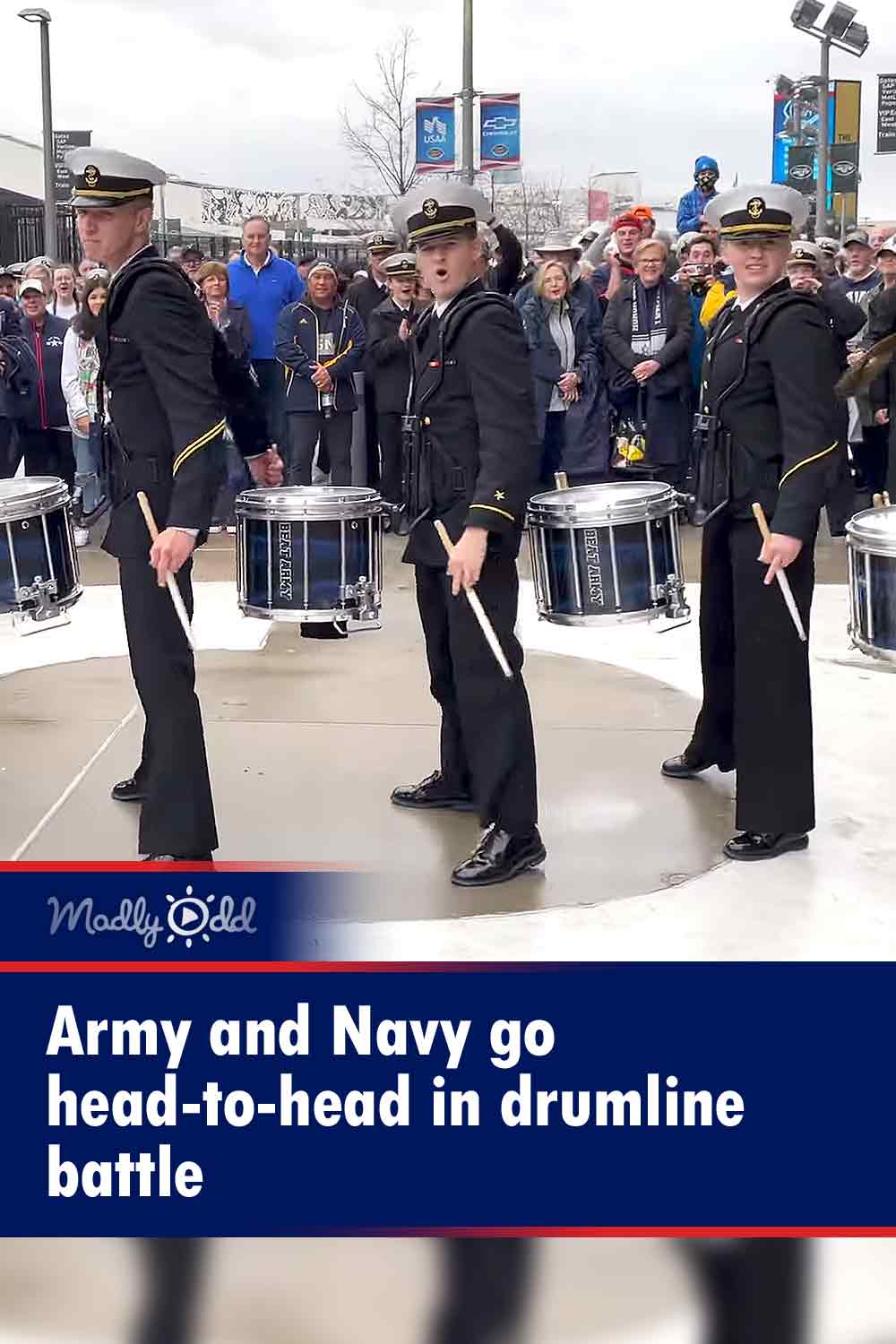