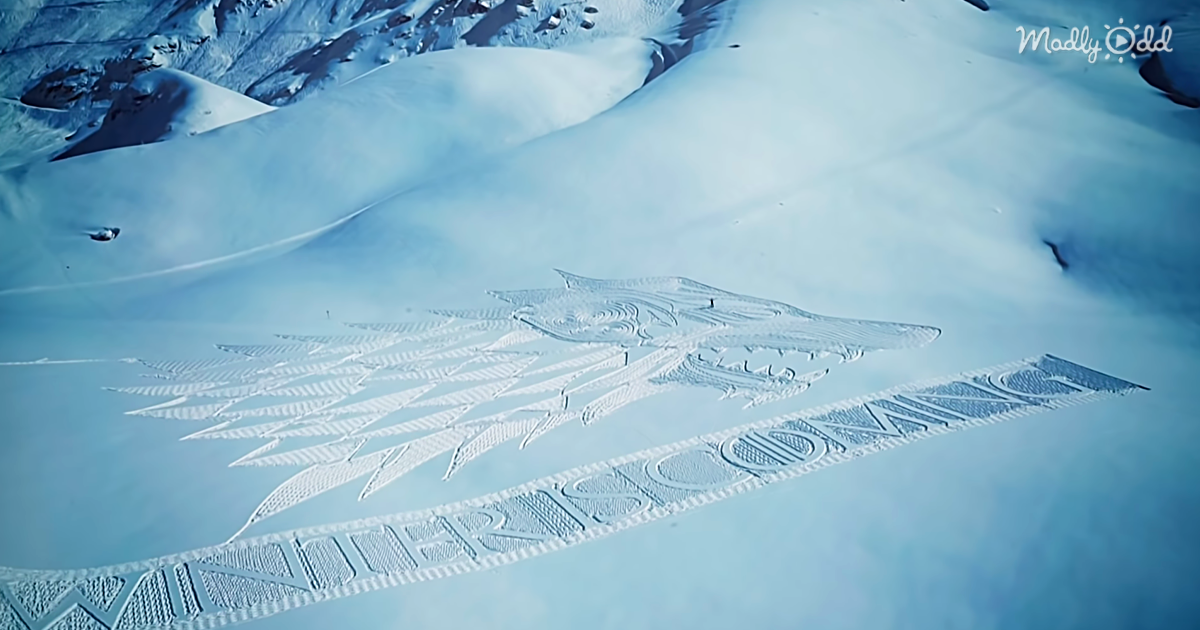 Snowshoe artist Simon Beck created a giant direwolf in the snow using his snowshoes. It was meant as a promotion for ‘Game of Thrones.’

For the 2016 winter premiere of ‘Game of Thrones’ Sky TV wanted to do something spectacular. So they hired snow artist Simon Beck to create a giant temporary billboard with the head of a direwolf on it declaring ‘winter is coming.’

Simon Beck created the piece of art using only his snowshoes, but it is on such a massive scale that when you see it in its entirety it’s difficult not to think it was created with a giant brush.