In 1845 American writer and poet “Edgar Allen Poe” published his poem titled “The Raven”. Over the years, this piece has been noted for its “Musically Styled” language, and is “Supernatural Atmosphere”. It tells the story of a man who has lost love and is visited by a Raven who watches the man slowly fall into madness. The Raven seems to speed up the man’s descent into insanity by continually repeating the word “Nevermore”.

Even though the story is fantasy, there is one piece of truth contained in its spooky words, Ravens can talk, in fact, they have better vocabularies that parrots, cockatoos or any other of the mimicking birds that man tends to keep as pets. Ravens are a highly intelligent bird, scientific test have proven that the raven can make logical decisions much I the same way that humans do. One experiment conducted had meat was suspended by a string off of a crossbar, the raven landed on the bar and methodically pulled the string up with its beak, then anchors it with its claw, it then repeats the process until the food was at his feet. The professor conducting the experiment came to the conclusion that the bird had figured this out for itself, without coaching, and in a matter of minutes. 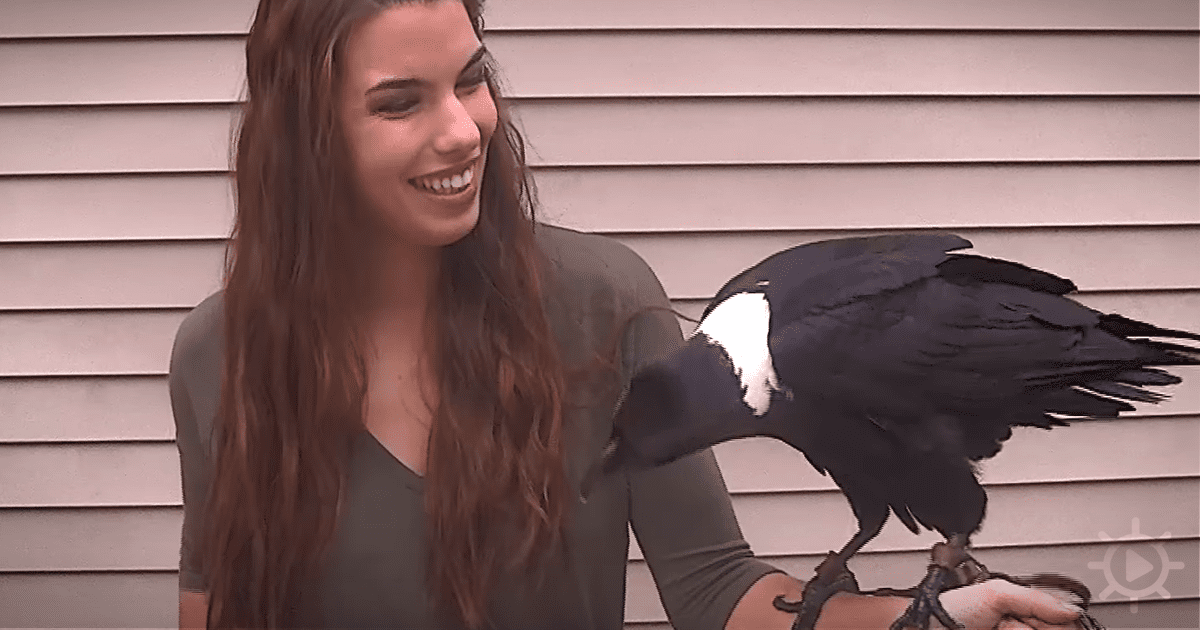 These birds were often honored by “Native Americans” and were portrayed as pranksters because of their playful behavior. The common raven is a rather remarkable creature. They are excellent acrobatic flyers, some say on par with falcons and hawks and like to display their flying skills, a ritual of chases, dives and rolls, during the breeding season. Ravens are also very effective hunters and sometimes form groups to hunt down game that is too big for one bird to attack. Ravens are also scavengers and can quite often be seen rummaging through peoples garbage.

It is believed that ravens mate for life, their average lifespan is 13 years, and they live in nests made from large sticks where the females can lay 3-to-7 eggs every spring. Both the male and female look after their offspring, which remain dependent for quite a few months. They are a very noisy bird, which is where our clip comes into the story.

In the clip below you won’t believe your ears as the mischievous raven talks to its handler. You, like many who first saw this footage, will think that it is fake but pay close attention and you can see that the bird is really talking.

I wonder if “Alfred Hitchcock” knew that these mysterious creatures could talk so well? Would the movie “The Birds” have been even more frightening than it already was? I guess we will never know, but it’s something worth thinking about………..isn’t it?