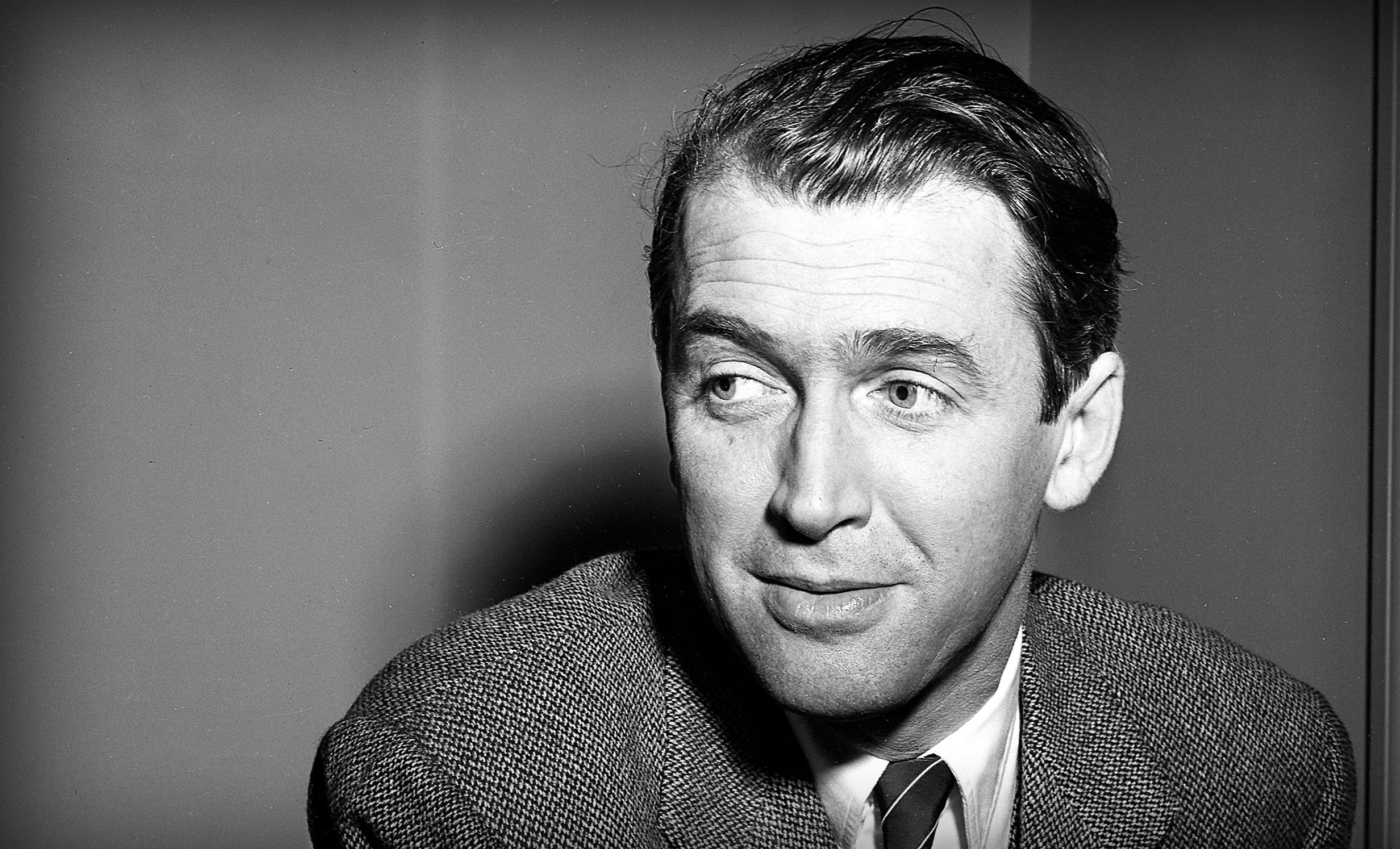 Jimmy Stewart was named the third greatest male screen legend of the Golden Age of Hollywood by the American Film Institute, behind only Humphrey Bogart and Cary Grant. There are probably a lot of movie fans who would have put Stewart at the top of the list.

Stewart was born in Pennsylvania in 1908, the son of a hardware store owner. After high school, he wanted to attend the US Naval Academy at Annapolis, but his father insisted he go to Princeton instead. It was at Princeton that Stewart’s nascent acting abilities really started to flourish. After some stage acting, he took a screen test at MGM in 1935 and the rest, as they say, is history. 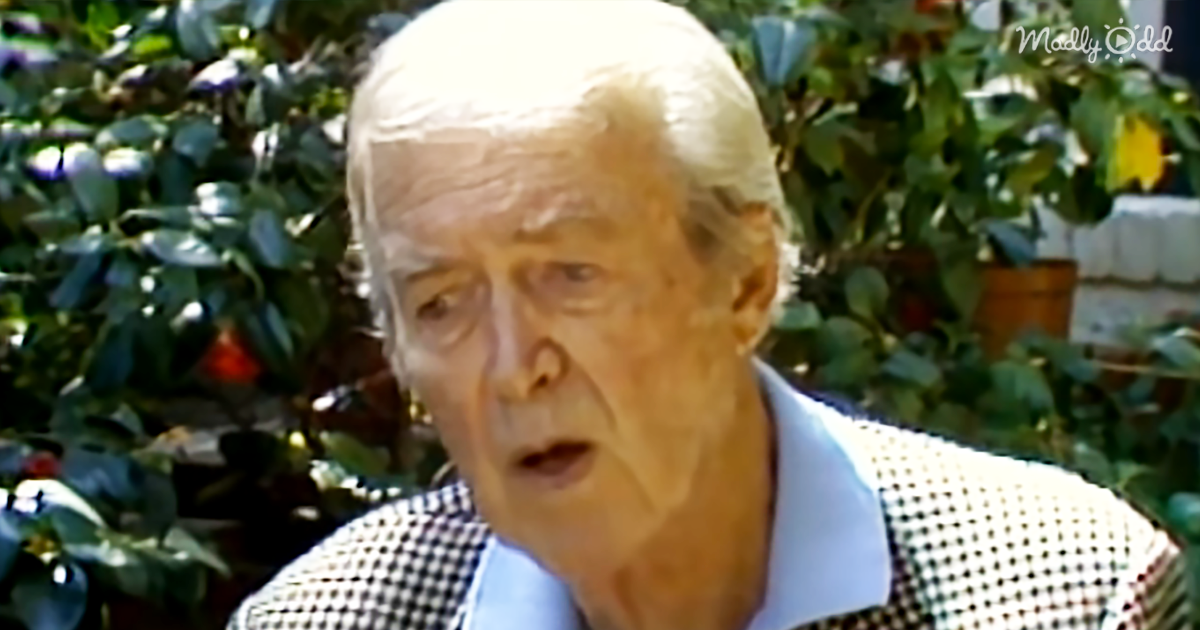 Stewart went on to make a whole slew of classic movies like “Mr. Smith Goes To Washington,” “The Philadelphia Story,” and “It’s A Wonderful Life.” He appeared in westerns as well as Alfred Hitchcock’s “Rear Window” and “Vertigo.” These are just a few of the dozens of movies he was in.

The Second World War interrupted Stewart’s movie career: he enlisted in the Air Corps as a private and eventually rose to the rank of major general! After a long and productive life, Jimmy Stewart passed away in 1997. 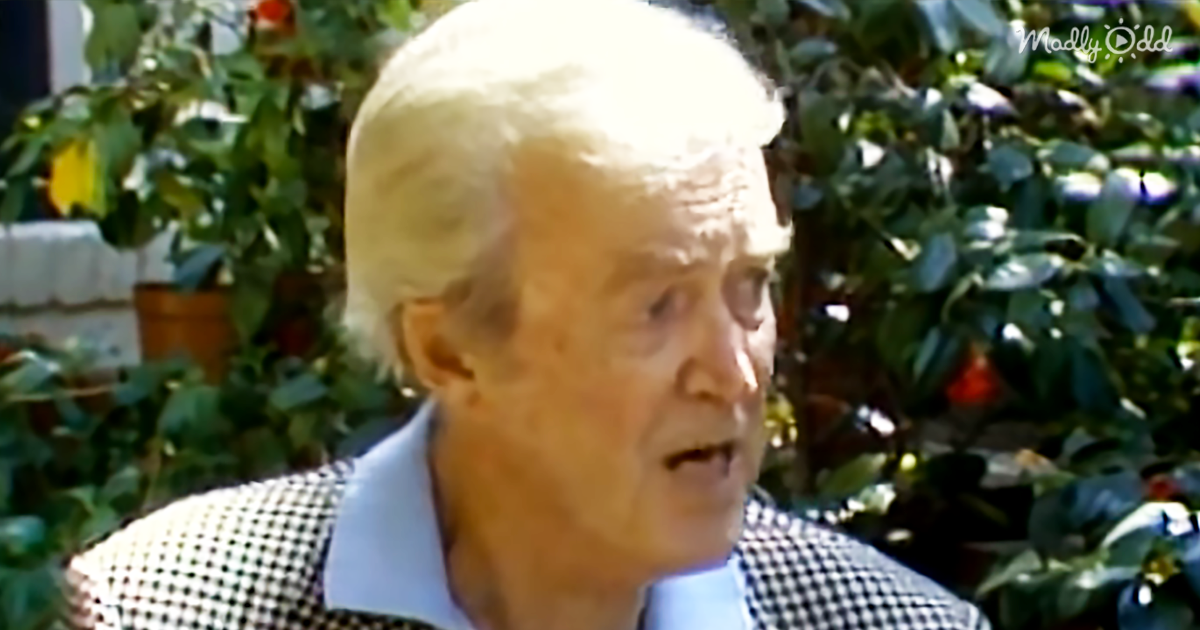 “The Funniest Joke I Ever Heard” aired as two one-hour specials on ABC back in 1984. Hosted by Robert Ulrich, Heather Thomas, and Priscilla Barnes, the show had celebrities telling their favorite joke. These weren’t necessarily particularly good jokes, but the telling came straight from the heart. Among the guests were icons like George Burns, Ernest Borgnine, Soupy Sales, Victor Borge, Kathy Lee Gifford, Jack Lemmon, Barbara Mandrell, and of course, Jimmy Stewart.

Stewart’s favorite joke begins with a woman asking her husband if he would remarry if she died. But let’s let Jimmy Stewart take it from there. 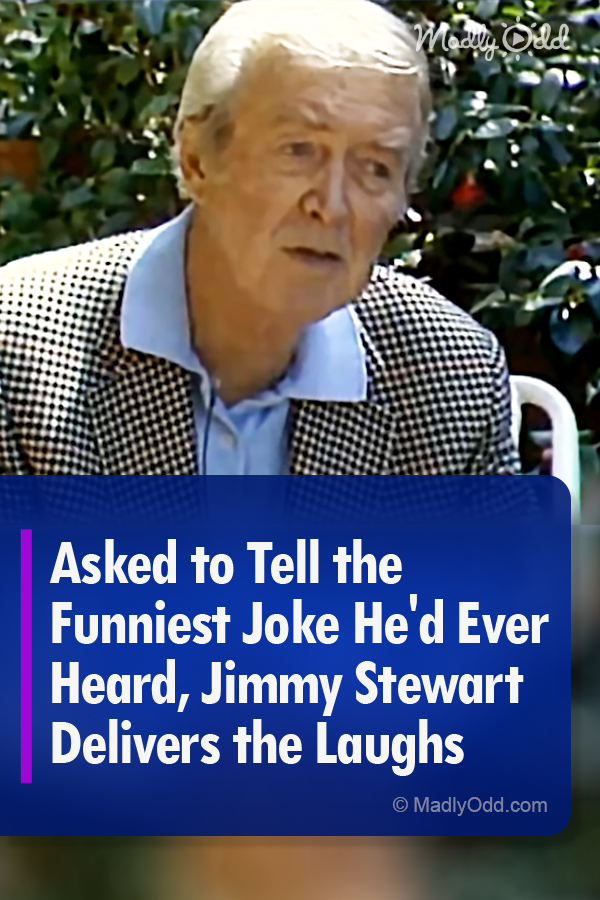