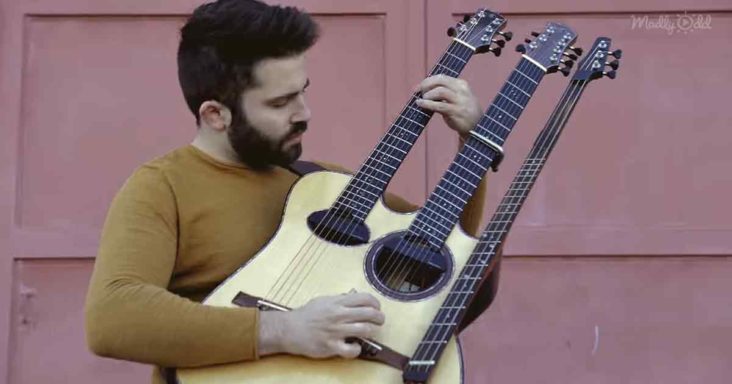 If you thought playing the guitar was cool, how about a guitar with three necks? Luca Stricagnoli plays an alternative rock favorite from 2010 on his reversed triple neck guitar. 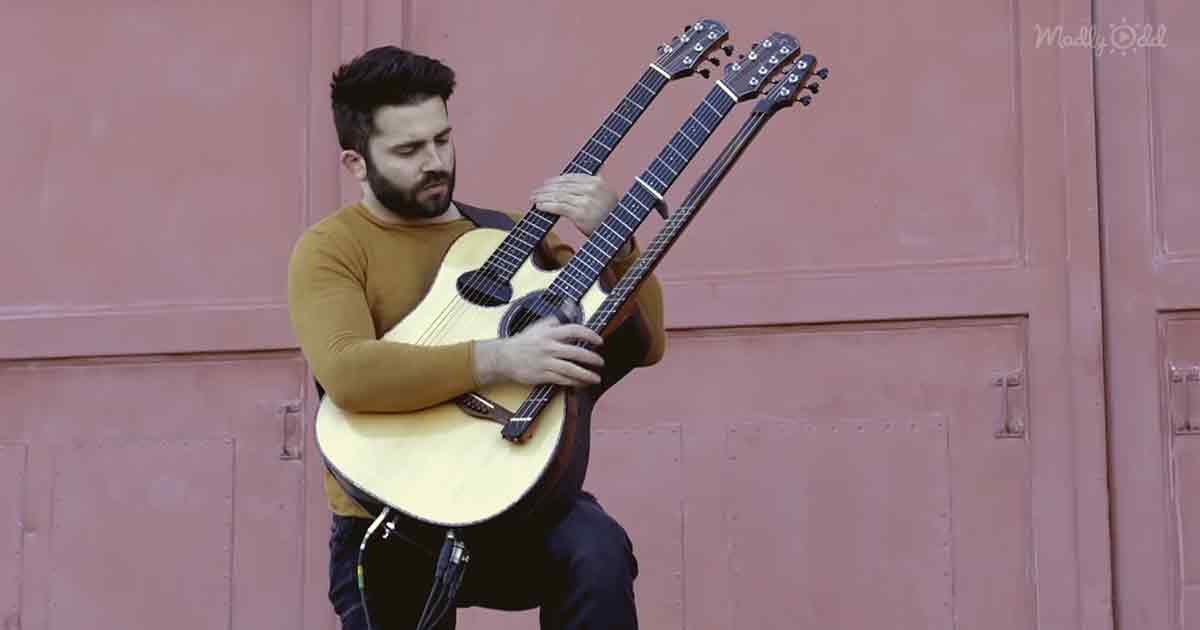 Foster The People’s popular song “Pumped Up Kicks” inspired many people to create covers of its toe-tapping beat. Stricagnoli raises the bar by playing the song on a triple-necked guitar.

With three different sets of strings, Stricagnoli perfectly executes an amazing instrumental version of the song. He even taps his fingers on the base of the guitar for an added sound. 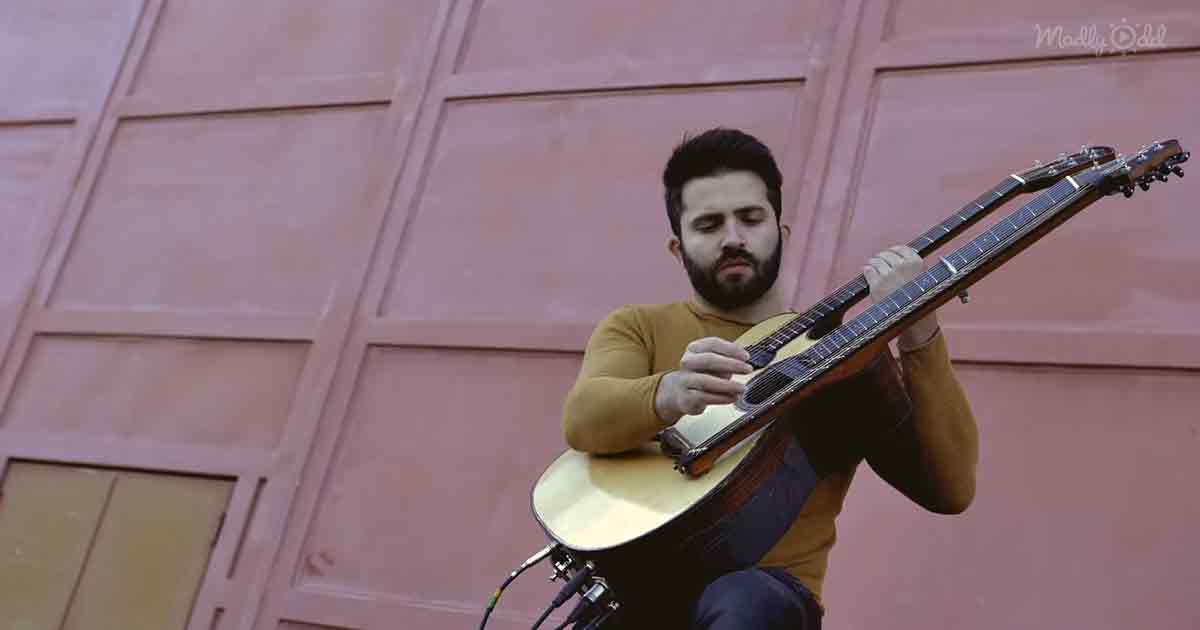 One of the best parts of his instrument is the octave effect produced by the third neck. It doubles the bass notes one octave higher than the original to make the sound clearer.

Towards the end, Stricagnoli adds his own voice to his guitar by whistling along with the tune. You may find yourself nodding to the beat as he plays this flawless cover. 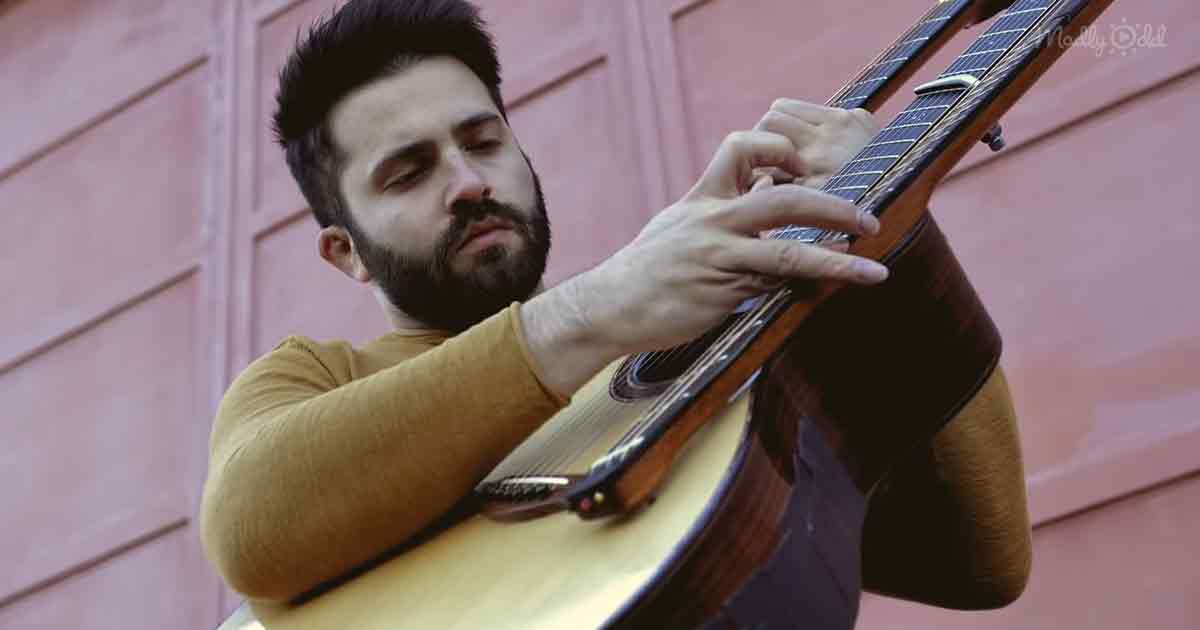 The triple neck guitar is a crazy instrument that allows Stricagnoli to play any combination of chords he chooses without needing another set of strings. It is an all-in-one marvel!

Luca Stricagnoli loves to cover popular songs. “Pumped Up Kicks” was one of the first songs someone requested him to play. He made this video to fulfill his fan’s dream.