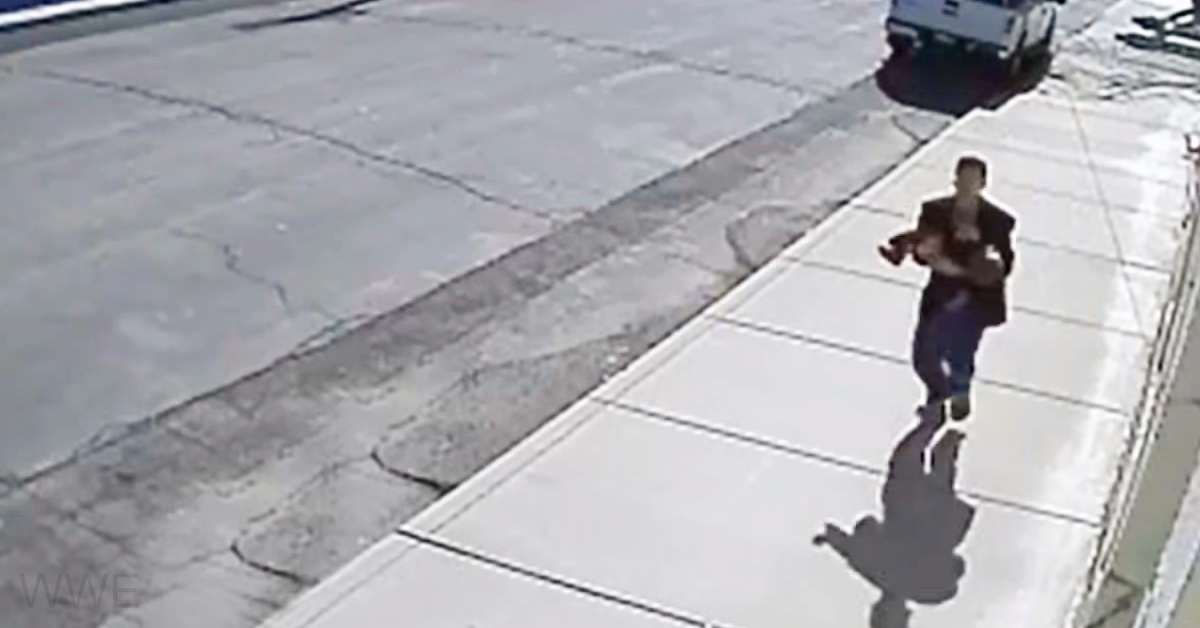 The internet is an immense window onto the world, and through it, we can witness good things and bad things, and some of those bad things are, frankly, just unbelievable.

Who would snatch a 22-month baby from a playground, in front of his brother and sister? The footage is blurry but the intent is clear and it makes for hard viewing.

A suspicious man was caught on camera running down the sidewalk with an infant in his arms. Just this action alone should have caught someone’s attention but unfortunately, this is a small town of only 500 people, near Washington, and the opportunistic kidnapper probably timed it for when there was no one around.

However, he hadn’t taken into account the strength of the sibling bond and the next thing we witness is the bravery of the young baby’s eight-year-old sister giving chase, yelling her head off, closely followed by her ten-year-old brother bringing up the rear with the stroller.

Their actions and the screaming and yelling drew the attention of a group of teenagers and, with them now also giving chase the kidnapper abandoned his victim and made good his escape.

Computer AI enhancement of the footage shows a man short who would now (2019) be in his late 50’s, 5’6″ to 5’8, and weighing approximately 120-130 pounds. He has receding dark hair (under the mask/wig it appears), brown or dark eyes, and the suspect was wearing glasses at the time. 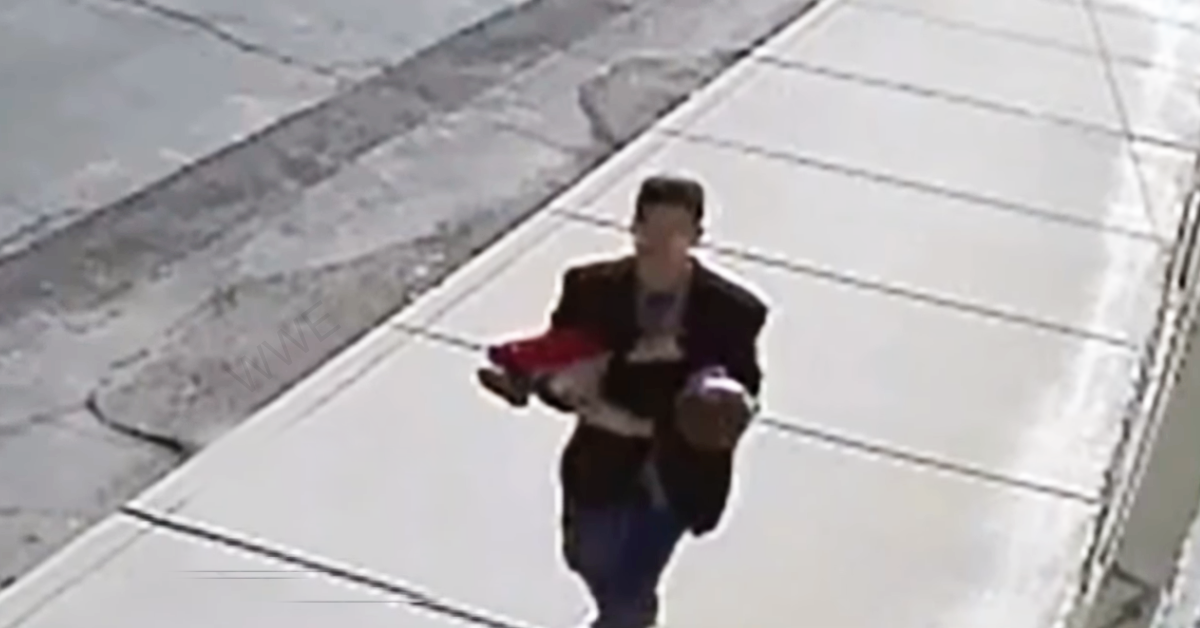 The kidnapper appears to be slight of build or somewhat athletic. The baggy clothes and Frankenstein wig where apparently an attempt to disguise the criminal’s profile.

One important clue from the children: The kidnapper (when talking to the child from a distance) had a distinct southern accent.

Amazingly this story had a happy ending thanks to the noise made by Alesha and Owen. Kathleen Baty, a personal safety expert known as “The Safety Chick” advised, Using your voice, using your words, screaming, yelling help, stranger danger, this is not my father, can make the difference between life and death”.

A sad indictment of our society today that we even need to consider this but watch the video for yourself, and if you’re a parent make sure your children are “stranger aware”.